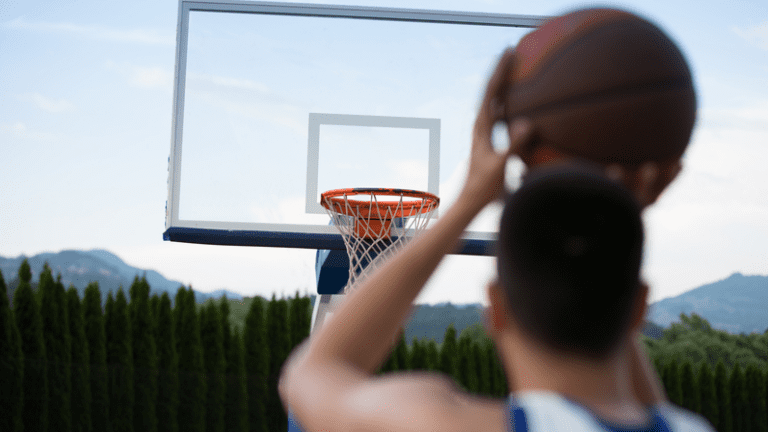 Are You Making These 6 Mistakes When You Train?

The vast majority of players are unaware that they have poor training habits. But if you’re reading this and are actively looking for ways to improve your game, I’d be willing to bet that you’re not like most players.

So I’m not going to bore you with basic workout tips like warming up properly, shooting free throws when you’re tired, counting makes (not shots), etc.

Instead, here are 6 mistakes that I’ve seen even the most elite players make. Are you making any of these errors in your workouts?

Almost all players work from the typical 5 spots on the floor: both corners, both wings and the top of the key. Whether it’s stationary shooting, triple threat moves, or pick and roll work, the vast majority of players always start from the same spots.

But the game is messy, and it’s not played from neat, organized positions the way most players tend to practice it.

Where we shoot or play from depends on a number of different factors: where the defense is playing us, where our teammates are, how much time we have to get in position, where the pass takes us, etc.

For these reasons, we aren’t always going to shoot or play from these neatly organized positions on the floor.

As a result, we should be smarter and more realistic about the location of our reps. Instead of shooting 5 threes from the corners, wings and top of the key, choose 5 random spots along the 3-point arc to shoot from. Instead of always practicing pick and rolls from the free throw line extended, move freely around the 3-point line between each rep.

2) Stopping When You Feel Tired

Most players take breaks when they feel like it. But game situations often dictate that we go for long stretches without rest.

To prepare yourself for that, be intentional about when you take breaks and use them at specific times in your workout. Write a workout plan that includes when you will rest and for how long.

Including rest in your workout plan will also help you push yourself harder because it doesn’t force you to rely on self-control.

It takes a lot of willpower to consistently override the desire to take a break. If you have to constantly make the decision to fight through fatigue, your self-control will eventually falter and you’ll give in earlier than you should (for more on willpower and self-control click here).

Instead of constantly battling the decision to rest, with a detailed workout plan you know that you have 2 more drills to go before your next scheduled water break. Simply planning a small detail like rest can make a huge difference in helping you push through fatigue and get the most out of your training sessions.

I’ll admit, this is an error I make on occasion. It’s easy to lose focus during something as simple as free throws.

Especially if you’re a good shooter, you can make free throws without fully concentrating on them. You can chat with a teammate and still shoot a decent percentage.

But that has two negative consequences. First, it can develop bad habits by establishing a pattern of not concentrating fully on the present task. Second, it doesn’t simulate a game situation.

Free throws are more than just a rest between drills. So treat them that way by being quiet, imagining the ref passing you the ball and directing your full force of attention on making the shot.

4) Not Focusing on the First Shot

Most players are terrible on the first shot of a drill. They aren’t focused and often treat it like a warm-up shot.

This is a HUGE mistake. The first shot is the most important shot of a drill because it’s the most game-realistic shot. In a game, you can’t take a few practice shots right before you take the real shot.

To understand why the first shot is so important, you have to first know that every shot requires you to retrieve the appropriate movement pattern from your memory. Basically, you have to think about how you want to shoot the ball, the footwork, the elbow release, the follow through, balance etc. This thinking happens unconsciously for the most part (depending on your skill level and the level of automaticity of the skill).

Let’s use an example: In a skill workout, after you’ve shot two pull ups in a row, you get in a groove and the shot becomes more natural, right? The footwork, release and rhythm are easy and comfortable. That’s because you can retrieve the appropriate shooting movement pattern out of your short-term memory.

Unlike later repetitions, the first shot practices that all-important ability to retrieve it from long-term memory just like you would have to in a game. Because you haven’t recently practiced the shot, the first shot more closely simulates how it would feel in the game.

So make it a habit to concentrate fully on the first shot of a drill. Not only will it better prepare you for the game, but it will help get you mentally engaged for the rest of the drill.

If you can make a basic layup 10/10 times, why would you practice it? It drives me crazy to see guys finishing over and over again in workouts with an easy layup. That’s not getting you better.

Instead, implement what I call the “No-Layup Rule.” It’s as simple as it sounds. Basically, don’t shoot easy layups. Ever. Not when you’re warming up. Not when you’re messing around between drills.

There are an infinite number of ways to finish around the basket just by switching up your timing, speed, angles, body positioning and footwork. So work on your touch and coordination by practicing difficult finishes rather than robotically shooting basic layups.

Block practice is when you rehearse the same skill over and over again. For example, shooting 10 catch and shoot threes from the corner.

The problem with block practice is that it’s less engaging. It’s easy to zone out and lose concentration when you can repeat the same motion over and over again without concentrating.

Research on skill acquisition has shown that random practice improves retention more than block practice. That is, with random practice you’ll retain the skill you learned and be better able to execute it a day later.

So when you practice, make sure to use random practice whenever possible. When you alternate between 3’s and mid-range jumpers, you’ll be better prepared when you have to take those shots in a game. 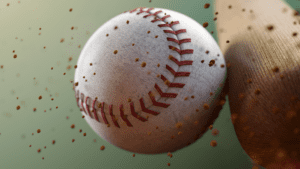 How To Add 50 Points To Your Batting Average

The law of averages tells us as baseball players that we will make an out at least 7 times over a 10 at-bat stretch. That’s 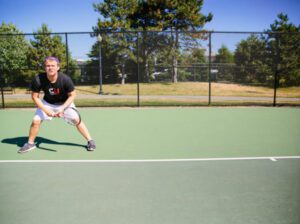 When tennis players are looking to switch up their game and improve their skills, many professional coaches advise their players to learn the approach and 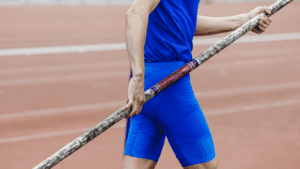 Brushing Your Teeth for Pole Vaulters

You brush your teeth everyday, right?  Well, there are things you can do everyday to make yourself a better pole vaulter, too. Do the following drills