Need to improve your running during a triathlon? Are you new to the sport? Here’s some information to keep in mind when it comes to running and training:

For those of you who have never done a triathlon before, you may be surprised by how your legs feel the first time you run off the bike! Running after riding a bike is different from running on fresh legs. Your legs will feel heavy or like rubber bands. This is why we practice! You never want to do anything new on race day, so always try new things during training first to see how it works out (that also goes for nutrition, clothes, etc.). It’s totally normally for your legs to feel heavy at the start of the run, but that’s normal & you will get used to it.

Keep in mind, no one’s as fast after a hard bike ride compared to a stand alone run, but your goal is to make the difference as small as possible. Here are a few ways to accomplish this:

If cycling is your weakness, become stronger on the bike so that you’re not as fatigued when you get to the run.
If running is your weakness, focus more on your run training. Maybe add a day or two of extra running to your schedule.
When you get toward the end of the bike, start thinking about transition and make that mental switch from being a cyclist to being a runner.
Use the last part of the bike leg to switch to an easier gear and also stretch out. Get out of the saddle and loosen up those hip flexors.
Practice bike-run bricks. For those of you unfamiliar with bricks, they’re basically two workouts smooshed together. So it could be a swim followed immediately by a bike or, in this case, a bike followed immediately by a run. And by immediate, I mean within 5 minutes. No stopping to watch General Hospital 🙂
The first part of the run is more mental than physical. So keep at it and don’t give up or get discouraged!

When it comes to running form, a lot of people ask “how should my foot land?”, but you can’t focus on one small aspect of your form and ignore the rest. You have a whole body on top of those feet! What’s more important than being a heel-striker or landing mid-foot is that your foot is landing underneath you and that you’re not overstriding. Overstriding will slow you down, it’s like braking with each step you take. Running is essentially controlled falling, so you want to have a small lean. Think of it as coming from your ankles. For those of you who tend to bend over at the waist when you run, think of bringing those hips forward and running taller. By running with better form, you’ll run more efficiently and use less energy doing it!

When it comes to equipment, running can be pretty simple and no frills. You need sneakers…and of course clothes (I don’t want anyone getting arrested!). Technical clothing will be more comfortable by wicking away sweat to keep you drier and chafe-free. You’ll also find sunglasses and either a hat or visor helpful. A hat or visor will not only be useful on sunny days, but also when it’s raining to keep the rain out of your eyes. Your running shoes don’t have to be the most expensive or trendy out there, but they do have to be the most comfortable for you and work for you.

If you want more information from your running and training, you can get more high-tech with a Garmin or heart rate monitor. At the very least, you do need a simple sports watch to time your workouts. These will help you measure the work you’re doing with speed, time, and heart rate so you can test where you are now and make adjustments to your training so you can see improvements. Never use these tools alone! In other words, don’t train solely by heart rate, when you can train with heart rate and perceived exertion.

Safety should always be your #1 priority. That means being aware of your surroundings (both people and obstacles). Making sure you can be seen by wearing light colored clothing & a reflective vest at night or bright colored clothing at night (whether you like it or not, the 80s are back, so flourescent colors are pretty easy to find now). If you have to run in the street, make sure you’re going against traffic. But sticking to the sidewalk is so much safer!

Remember it this way – cycling and running are opposites. When cycling, you’re on the road going with traffic. When running you’re on the sidewalk, but if you have to be on the road go against traffic. Some people purposefully run on the road thinking it’s softer than the sidewalk and better for their legs. Let’s face it, hard is hard! When looking at an isolated sample of ashphalt and concrete, yes ashphalt is softer. But you have to take into account all the layers underneath that make up the road which contributes to hardness.

So, bottom line is unless it’s dirt or grass, it’s just plain hard. Whenever you do get a chance, run on dirt, grass and trails. It’s much easier on your legs and doesn’t beat them up as much. I also discourage everyone from running with earphones, especially when running by yourself. Even if you keep the volume low, it may take your attention away. It could also make you appear distracted by those looking for people who are vulnerable. Keep an ID or Road ID on you whenever you go out. Also tell someone how long you’ll be out and where you’ll be. 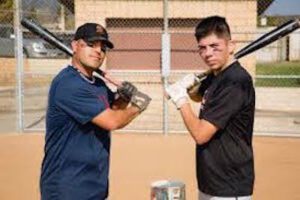 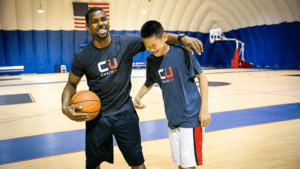 Coaching is one of the most valuable experiences that an athlete can have throughout their time in sport. Not only are coaches able to play 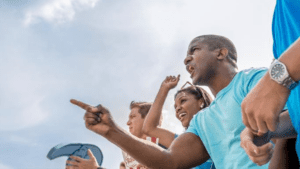 Why College Coaches Are Recruiting Parents: Part I

This is a touchy subject. I just sat through a panel presentation on recruiting at a coaches convention. The panel had three D1 coaches and