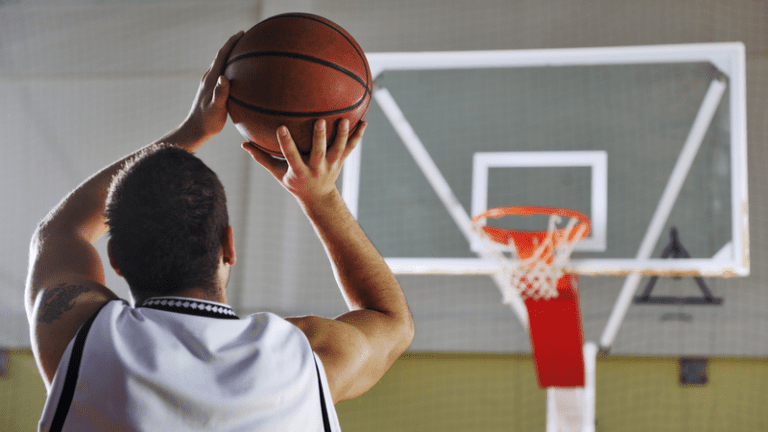 Four Ways to Miss a Shot

Players at all levels have shooting flaws, yet have succeeded because of superior athleticism and depth perception. Yet, they are streaky shooters, rather than consistent ones. Eliminating common flaws can make a good shooter consistently good.

Missing left or right tends to be caused by one or both of two very common flaws.

The most common shooting flaw is the use of the non-shooting hand to help propel the ball.

Shooting with two hands causes the ball to be pushed a bit sideways in the shooting hand.  The shooting hand may or may not compensate for that.  If it does, it cannot do so the very same every time.  The sideways push of the off hand will cause shots to miss to the left or right.  Another significant flaw is found in a diagonal line of the shooting forearm, more commonly noted as the flying elbow (elbow out).  When the line of the forearm is not straight, the ball cannot go straight, unless the shooting hand compensates somehow.  Again, this cannot be done consistently well.

Correcting two-handed shooting means making the off hand separate from the ball just before the ball is released.  A training aid that is very effective is the Star Shooter strap. Correcting the forearm problem involves making it a habit to start the shot with the ball in front of the biceps on the shooting arm.

The primary reason that shots are missed long involves the bend of the elbow during the lift of the shot.

When the shot begins and as it lifts, the elbow should be at a 90-degree angle until it naturally extends to straight.  We call this the “L.”  The “L” must not pinch into a “V”.  The “V” is the primary reason for missing long.  Another way to recognize the presence of a “V” is when the ball comes closer to the shooter’s face in the lift.  The “V” is a major part of the two-motion lift, which robs the shooter of some strength and flattens out the arc.  Traditional, yet faulty reasoning says that missing long means that a shooter has put too much power in from the legs.  Too little leg power is by far the more common lower-body flaw.

Missing short can come from either a grip problem or a follow-through problem. Gripping the ball on the fingertips causes the ball to roll off the fingers too soon and with too little control.  A shooting-hand thumb that flicks under the palm is a typical reason for this.  The ball should sit on the length of the fingers at the beginning of the grip.  Two different, but common follow-through problems can also leave shots short.  Hands that drop too soon can be corrected by freezing the follow through in place with elbow above the eyebrow until the ball contacts the basket.  Another follow-through problem that leads to missing short is called string pulling.  We see the shooting arm recoil back instead of locking straight at the elbow.  String pulling often happens with the two-motion (“V”) shot.  Those need to be addressed together. 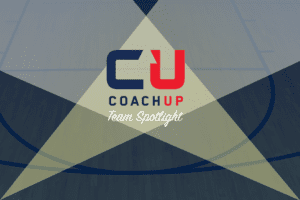 We’re spreading a little cheer before Thanksgiving tomorrow by interviewing one of the nicest people you’ll ever meet — Mookie Nelson. Mookie is the newest 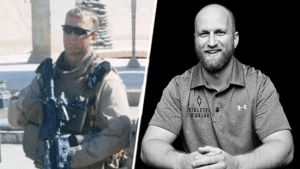 CoachUp in the News

Q & A with Alex Stone, Athletes of Valor Founder and CoachUp COO

In October 2018, we announced CoachUp’s acquisition of Athletes of Valor (AoV), a platform designed to help veterans transition from service to career by leveraging the 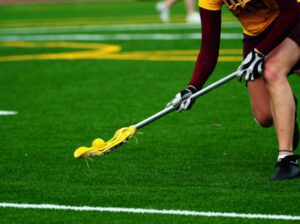 The Importance Of Groundballs

The Importance Of Groundballs At the end of the day, goals are what win you games — that seems pretty simple, right? However, there are