Whether To Specialize In A Sport Or Not

Whether To Specialize In A Sport Or Not

Many parents are not sure how to encourage their athlete to succeed. Parents do not know whether to push the children to succeed in their best sport or just be well rounded athletes and specialize later on. There have been studies and success stories for children who have done either. Look at Bo Jackson. Bo was able to play football and baseball professionally. He was a superstar in each, and became a household name in the athletic community. Then look at Tiger Woods. Tiger started playing golf before he was 2. He was a prodigy and had won his first major when he was 21. Seeing so many different players be successful doing so many different things, parents and young athletes are left with a difficult choice. Here are a couple things you should consider.

Sport
Some sports require athletes to participate at a very young age. The biggest stage in the world for any gymnast is the Olympics. To compete in gymnastics in the Olympics you have to be at least 15 years old, but there have been many cases of people falsifying their age so that they can compete.

This means that there are 12, 13, and 14 year olds who are good enough gymnasts to be in the Olympics. Since gymnastics is a sport where people are so good at such a young age, if you want to play at the highest level, you have to start focusing on it at a young age. However sports that involve a lot endurance like biking can be picked up at a much later age.

Burning Out
Players who only play one sport at a very young age often experience burning out. They get tired of playing the sport every day of the year or maybe that their game isn’t improving the way they hoped. They get frustrated and give up the sports altogether. All their hard work and talent then goes to waste.

Injuries
Many parents concerned about the safety of their children. They think that they don’t want their children to play football because they may get injured and ruin their basketball or baseball career. However studies have been showed that young tennis players who only play tennis are actually more likely to get injured.

Experience
The main reason to focus on one sport is that if you can learn the right way to play the game at a very young age, you give yourself a competitive advantage. If you spent all the hours that would be playing other sports, and focused on just one, your game would dramatically improve.

It is hard to know whether to focus all of your time and energy into one sport. You will probably get much better at the sport, but will it make you happy? If you are excited about practice every day then you can probably handle playing just one sport, but if it starts to become more of a chore than a joy you may want to consider picking up another sport as well. 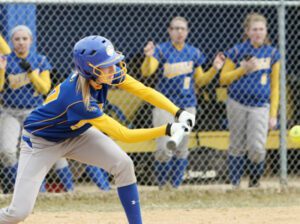 Learn To Drag Bunt And Power Slap So, you’ve decided become a slap hitter — but what exactly does that mean? Before you put in 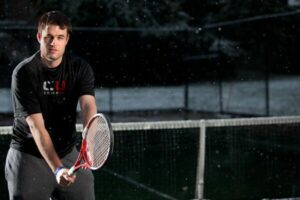 Tennis Tips: How To Hit A One-Handed Backhand 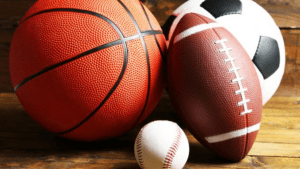 College Recruitment: The Advantages of Being a Dual-Sport Athlete

There has been a huge shift in recent years for high school athletes to focus on one sport for a variety of reasons. Many high