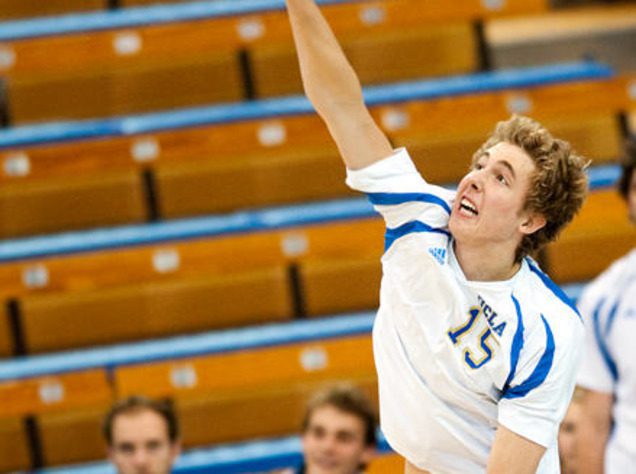 Serving is one of the most important aspects of volleyball and will put your team at a decisive disadvantage at the start of a point if executed poorly. For this reason, it can be intimidating for beginners, so it is important for players to know the proper techniques to avoid developing bad habits that hinder long-term progress.

There are three major serve styles that athletes focus on learning: Standing Float, Jump Float, and Jump Top Spin. While all have their own respective form and effectiveness it’s important to understand the purpose of each before trying to attempt one.They should be learned in that order, one at a time. Only once a player has mastered the proper form and technique for one type should they move on to the next. However, have no fear, CoachUp is here! Take our quick-hitting tips with you the next time you hit the court, we promise you’ll see some immediate improvement!

This is the first and most effective serve that a beginner and intermediate player should learn and perfect. This serve requires the least amount of energy, boasts the highest accuracy, and is the most consistent of the three types of serve. Players can become very accurate with the other forms as well but fatigue effects the performance of them while the standing float uses least energy. Perfecting this serve after learning proper form comes from practicing at home as much as possible. Needless to say, this should be the priority serve of any player before they move onto anything more advanced. Here, right-handed players should again start with your left foot staggered slightly in front of your right foot. During this serve, you’ll have to toss the ball in the air accurately until it’s muscle memory.

Practice throwing the ball properly so that it is slightly in front of you, approximately twelve to eighteen inches above the arm when completely extended. Once you have mastered the ability to toss the ball, move on to contact. Make sure to use an open palm with a firm wrist to hit the ball squarely just below its center. As you make contact, shift your weight from your back foot to your front while giving little or no follow through. This type of contact is the key to float the ball across the net, directly crafting movement that is unpredictable and difficult to return.

While the standing float serve is extremely effective, the jump float can be a player’s best asset. Taking all the great aspects of the standing float we add the benefit of angle to the serve by jumping. Work towards achieving a vertical contact height that of the net height or above, so you can angle the serve at a flat or downward trajectory. Of course, this will give your serve less arc, which will, ultimately, give the recipient less reaction time and requires higher strength and accuracy to return it. Try even catching a well-executed jump serve and you’ll see the difficulty, now imagine trying to pass it!

A quality jump top spin serve is a thing of beauty — and a highly sought after ability that every player wishes to master. If practiced correctly, this serve will be the last style an athlete should learn. Of all three serve styles, the jump serve necessitates the most energy a player in order to hit it hard, accurately, and into a difficult position. Simply put, if you’re not giving every ounce of energy you have into this serve, it will most likely amount to a waste.

In the end, this style is like setting yourself for a front row attack, so make sure to take advantage of your position. Think about it this way — a player using a jump serve should be using the amount of same power that a front row hitter would use to break through a block or pound an open net attack. This serve can be consistently strong but is more often less accurate than the other two styles. The rotation and speed of the ball is where the success lies in this type of serve — but mastery of this serve comes with tons of dedicated effort and practice.

As you advance, you can add a jumping element to both the floater and topspin serves in order to increase power. However, make sure that you have practiced all of the basic serves before moving on to more advanced techniques. Some of you will be ready sooner than others, but practicing diligently will guarantee improvement. Learning these skills isn’t a race! So take your time, practice good habits, and discover a routine that works well for you!

However, if you’re still having trouble with any of these fundamental serves, we encourage some private coaching to set you straight. Ultimately, it’s better that you receive help early on to break bad habits or misunderstanding because the more you practice incorrectly, the harder is it to break later on. CoachUp’s highly capable team would love to help you develop your serve, fundamentals, and power — so what are you waiting for? 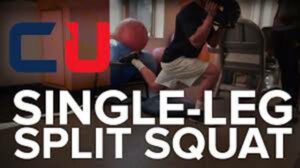 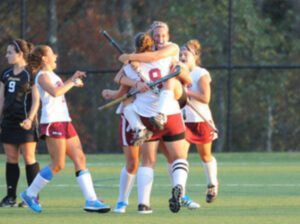 College Bound? Attitude is everything!

As a previous collegiate athlete and someone with experience coaching at the Division II level, I often get asked, “what should I expect for my 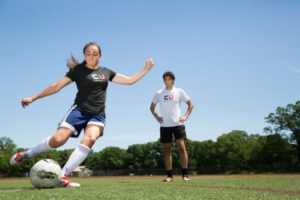 Drill of the Week: Power + Finesse

Since we’re in the thick of the fall season already, our newest Drill of the Week is one of our favorites for those crisp September