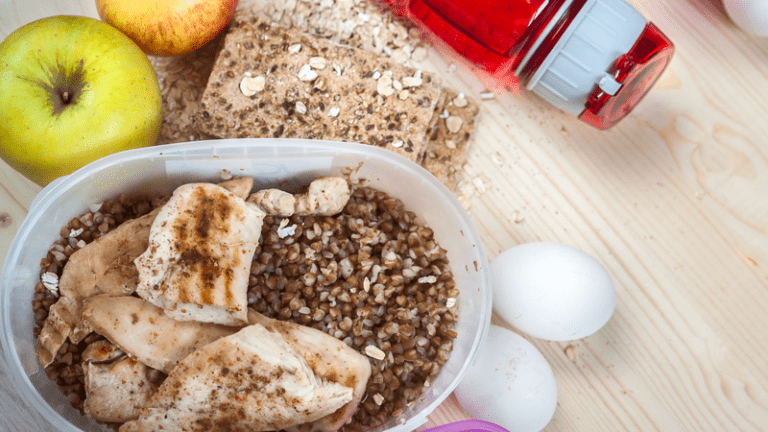 How many of you have had an after-game pizza party with your child and their team to bond or celebrate a birthday on the team or simply because you are travelling and need to get some food after a game? I know that my daughter has with her team and coaches, and every time it happens I cringe.

As a parent, I want her to have that experiences with her teammates and friends—it’s an important part of childhood and developing personal relationships. But for her recovery and helping to replenish her body of the depleted nutrients, it is not good at all.

But what is incredible to me is what I see when I watch professional soccer either live or on TV, and I see professional athletes going down with cramps. In the English Premier League, the players have access to the very best medical science has to offer—they have specialists to help them understand what they should eat and when, and they can even have their meals prepared for them.

These professional athletes are paid incredible sums of money to perform on game day, and they are still going down with cramps, how can that be acceptable?

When I work with young athletes, I emphasize the importance of stretching muscles, warming up properly and proper hydration, making sure they fuel their bodies (carbohydrates) and keep hydrated to make sure that the moisture they lose as they sweat will not affect performance.

I remember when I was learning my trade in the late 1980’s and early 1990’s that drinking alcohol and eating whatever you wanted were common place. There was no thought of paying attention to the type of carbohydrate and when you eat and the quantities. I remember hearing Sir Alex Ferguson talking about the pre-match meal he would instruct his Aberdeen players eat before a game of fish fillet and sliced bread—this was a revolution in the early 1980’s.

According to the research conducted by the Mayo Clinic, cramping is caused by:

Overuse of a muscle, dehydration, muscle strain or simply holding a position for a prolonged period can cause a muscle cramp. Mineral depletion, too little potassium, calcium or magnesium in your diet can contribute to leg cramps. Diuretics — medications often prescribed for high blood pressure — also can deplete these minerals.

If you are trying to work at your optimal performance level, you need to fuel yourself properly to avoid muscle cramping.

So how do you know what to do? It isn’t as simple as eating a bowl of pasta an hour before your game or practice. As with most things, it is a little more complicated than that.

So let’s start at the beginning and assume that you don’t really understand the nutritional benefits of eating correctly. The first thing you should probably understand is the Glycemic Index (GI) of foods. The GI is a measurement used to track how a particular food increases the blood sugar levels over a two-hour period after consumption.

For example, if you consume a food that has a GI score of 30, this means that the food will raise the blood sugar levels by 30%.

A slice of white bread has a GI of 80, which means it will increase blood sugar by 80% over the two-hour period, meaning it’s a high glycemic food.

So what does this mean in terms of you preparing as a parent or an athlete?

If you have ever wondered why your child becomes hyper active after you give them a chocolate donut (which does happen to my son) it’s because the donut is highly processed (a simple carbohydrate and has a high glycemic value). These means that the carbohydrate stored in the food is immediately released into the blood stream and provides an energy boost that is instant, but short in duration.

When planning your pre and post-game foods and drinks, choose foods that are designed to either provide energy over a sustained period (low glycemic value) for pre-game meals and meals that will provide a quick release of energy after your game has finished to aid recovery (high-glycemic value foods).

Prior to match day or even training, you need to build energy storage in your liver and muscles, as well as your blood stream to be released when you need it.

Studies have shown that if you choose high glycemic value foods up to an hour before training or playing, the athletes body will release insulin to combat the increased blood sugar levels as they rise too quickly for the body to make use of the energy release. This reaction from the body is actually detrimental to peak performance and lowers the athlete’s blood sugar levels.

Choose foods considered to be complex carbohydrates with low to medium glycemic index values for your pre-game meal.

Potassium-based foods such as cantaloupe have a glycemic index of 65 and will deliver energy and minerals to you while engaged in activity. Anything that has been processed is unlikely to be complex in its carbohydrate make up.

White or brown rice, pasta, yogurt oatmeal, milk, and eggs are all good choices for a pre-game meal. Add in an apple, pear or orange too, and you are building your body to have the storage of energy it requires to play at optimal level. If you wanted to add some lean protein—grilled or baked fish/chicken/turkey with a vegetable mix—it will also give your body more complex foods to digest and breakdown again slowing the energy release process. Choosing foods that are suitable up to one hour before training or match kick off will also give your body the opportunity to remedy any hormone imbalance.

If you or your athlete are likely to be nervous during the contest, have the meal an hour or two earlier to allow the digestion process to be undertaken without the chemical imbalance caused by the nervousness.

Whenever possible, avoid eating any foods immediately before the training session or the game.

Food in the stomach is subject to the digestive process almost immediately, so that the nutrients can be gathered from the food before it spoils in the stomach. This results in an increase in blood flow to the stomach to deal with the processing of the food, and is not good when you are about to engage in vigorous exercise and strain muscles that will be demanding the addition blood flow for themselves.

When this happens, the body will become nauseated and will attempt to cease exercise in an attempt to redirect the blood flow back to the stomach.

The only exception to this would be limited quantities of sports drink 5 – 10 minutes before the contest begins.

This, in my view, is the most overlooked part in the nutrition cycle.

Soccer players can consume up to 250 grams of carbohydrates during competitive games or hard training sessions, and it is vital to muscle recovery and fighting fatigue that the carbohydrates and protein as well as the vitamins and minerals are replaced as quickly as possible after the conclusion of the game or sessions. This factor compounds if there are multiple games a week and or tough preseason sessions that are building to the start of a competitive season.

Immediately following the conclusion of a game or training, you should try to consume chocolate milk, banana or dried fruits to restore the carbohydrate balance, and help to remove the toxins in the muscles that have built up including the lactic acid which causes muscle soreness. Sports drinks suck as Powerade or Gatorade are useful for replenishing minerals and vitamins, or products such as vitamin water or Propel.

Within a couple of hours, you want to eat a meal that is carbohydrate heavy, pasta, rice, bread, potatoes are all a good suggestion as well as simple sugar based foods such as cakes, cookies and pastries.

Do not be surprised if it takes a while (up to 20 hours) to fully replenish the carbohydrate stores. It’s important to be aware of this especially in times of high demand with games and training sessions in quick succession or even during tournament play where you may be playing multiple games a day. High carbohydrate foods and drinks are critical during these periods to foster success and achieve peak performance.

You may have heard of carbohydrate loading, which is a process whereby long-distance athletes will attempt to pack their muscle tissue with as much carbohydrate as possible.

The method requires the athlete to deplete the muscles and body of carbohydrate the week leading up to an event and is done through exhaustive exercise programming and a low carbohydrate diet.

Two to three days prior to an event, the athlete switches to a high carbohydrate diet and in the depleted condition, the muscles take up more carbohydrate than they usually would giving the athlete a larger than usual store of energy.

This approach is usually unnecessary and a much more useful approach would be to steadily increase the carbohydrate in take in the days leading up to a match.

We can see how poor nutrition and eating the wrong thing at the wrong time could have a significant impact upon performance and in extreme cases can prevent the athlete from taking part at all.

Keeping your body hydrated is important and the athlete should be drinking water at regular intervals during the day leading up to a game but not so much that they feel bloated or uncomfortable.

If when they go to the bathroom their urine is clear or close to clear they are properly hydrated.  The recommended normal amount of water in a day is 64oz this may need to be increased in climates that are warmer than you are use too or if you are having multiple contests a day.

Your body is a machine, if you decide to put the wrong foods into your machine at the wrong times your performance will suffer. You wouldn’t put diesel fuel in your gas car and expect it to run as well as it would with the correct fuel in it so why do you expect that of your body?

Good luck and thanks for reading.

CoachUp is the safest and easiest way to find a coach for personalized training. With our 100% money-back guarantee and vetted coaches, anyone can achieve their full athletic potential. Find your perfect coach today! 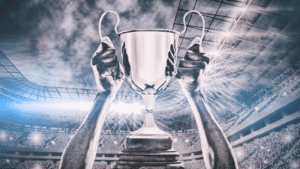 How do you know when an athlete will become a champion? What traits do they have that others do not? It can be difficult to define,

Important Lessons from The Karate Kid

The Karate Kid follows Daniel LaRusso in his quest to overcome a bully by beating him in a karate tournament. Unfortunately for Daniel, his bully 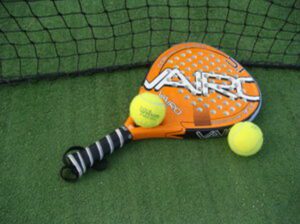 Padel: The Next Big Racquet Sport

The creation of tennis brought along many imitations of games with a racquet, some examples of these are squash, racquetball, paddle tennis and Padel. Padel