To the untrained eye, the deep cutter may seem like the easiest position in the sport, however, that couldn’t be further from the truth. In fact, the Deep needs to be incredibly adapt at reading the game and reacting effectively and often. The best way to ruin a deep cut is to unabashedly abuse it without consideration for your teammate’s movements, space, and feel for the game and strategy. Although the position itself is slowly getting phased out by more complete athletes, the Deep was typically reserved for your fastest and highest jumping players. These players would be reliable through the air and equipped with certain advantages against their mark, but it’s become less and less of a position and more and more of a necessity for any elite Mid.

Either way, there are some important qualities and fundamentals that athletes making deep cuts must use on every possession and out of every stack. Take CoachUp’s guide to the deep cut with you in order to fully reach your potential and value on the field.

It may seem picky or unimportant, but you can ruin your chances before even stepping in the deep direction. Typically, teams will set up in either the Vertical or Horizontal stacks, if you haven’t read those yet, we highly suggest doing so before continuing. From here on out, we’ll assume that the reader is familiar with both offenses so we can effectively discuss the Deep role in both.

In the Vertical set, the Deep was historically placed in the back of the stack, waiting his turn before moving downfield. Nowadays, that tends to be a bit of a predictable move, so teams have started using this cut in all sorts of places. However, there is one crucial point worth remembering — wait your turn! The absolute worst thing a deep cut can do is get itchy and move before they should. Offensive sets are usually started by a Mid deemed an initiator and everything leading up to the next catch evolves from his first cut. Don’t be the athlete that cuts into another teammate’s space, sets an accidental (and illegal) pick, or becomes an unusable target.

As for the Horizontal stack, the four Mids will be lined up across the field in separate thirds. We touched on this in the Horizontal stack article linked above, but it’s important to know your role in this offense as a poorly timed cut hurts everybody on the field. The Ho stack is built on the ideal that the Handlers could, theoretically, swing the disc back and forth to each other while systematically working their way forward. For cutters, the key here is to make your cuts as the Handler is receiving the disc. Go too early and the defender has time to react, but go too late and the man guarding the disc will have time to set up his stance. In more advanced squads, the horizontal stack is particularly effective because it allows anybody to make a deep cut.

If you’ve had loads of experience with your Handler, something simple like eye contact or a subtle motion could tip you off about when and where your cut should be. However, in most cases, this isn’t an option and you’ll only be able to rely on your intuition, reflexes, and feel for what’s in front of you. Deep cuts in the Vertical stack must be committed to because if they’re half-hearted, it’ll lead to blanketed defense at an unreachable distance. This takes you out of the play and gives your teammate less options and a higher stall count.

Add some variety into your cuts by faking in and then busting deep, remember, the best way to get open is by being unpredictable to your mark, so whatever you choose to do, go 100%. In the Vert stack, the deep cut often goes closer to the end of the stall count so, at the very least, the disc is punted far downfield. However, feel free to change it up and go early, so long as that’s been communicated with your teammates.

For deep cuts out of the Ho stack, it gets a bit trickier as you need to be in perfect symphony with your fellow pairing. One goes out as the other comes in, then, if it doesn’t work, switch the roles. This means being able to evaluate when you’ve got too far and quickly turn and come back to the stack before neutralizing any other chance of attack. As long as you work hard and smart, you’ll put yourself in a position to succeed, but be relentless and lethal, don’t take any plays off, and make sure to support your teammates.

(Related: Read about being an effective handler here.)

Truthfully, being a great cutter doesn’t rely on being the tallest, fastest, or strongest, it comes down to the athlete willing to work the hardest. Those Mids that take concentrated effort to time their runs, stay out of the space of a teammate, and commit to their movements are the ones that find the most success. So, the next time you’d like the reap the benefits and glory of a deep cut, remember that only the hardest working players get those opportunities. There’s far more to an effective deep cut than an all-out sprint and, if you’re not careful, it could ruin the rest of your team’s offensive possession.

If you still feel like you’d be an awesome deep threat downfield but lack the awareness or understanding of the cut’s nuances, consider booking one of CoachUp’s private trainers to guide you in the right direction. Our expert-level team will teach you the fundamental ideals exhibited in this article so you can become an invaluable member of your team or club — what are you waiting for?

(Thanks to Major League Ultimate for the gif! 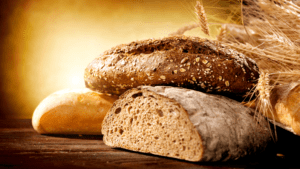 The Importance of Carbohydrates

If your dreams are haunted by bread and rice, you’re not alone. The term ‘carb’ has become a taboo word in the American household, largely

Creating A Running Log: The Basics Running is a different animal than other sports in the fact that it can be very individualistic. Two sprinters

Coach Jay J. is a basketball coach in the Baton Rouge area with years of coaching experience. As a coach, Jay focuses on the fundamentals