After a long and arduous road, CoachUp has decided that picking one winner for our CoachUpWay contest would’ve been just too tough — so we chose a second! Today, we’ll meet Keir B. and Noor D., two of CoachUp’s young, developing athletes, so get ready to follow their journey over the next few months. Once they’ve found their own CoachUp coach, we’ll help these athletes work towards their next set of goals and reach #AnotherLevel.

Thanks to all of our athletes, parents, and coaches that submitted, it was an extremely tough decision — but we hope you’ll nominate your athlete again next time!

Without further ado, we’d like to introduce our two winners: 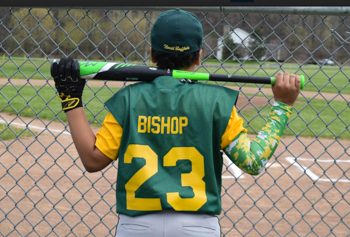 Keir has been working with Coach James since May of 2016, so these two are more than ready to hit the field together again. According to Keir’s mother, James is a role model to the young athlete and they’ve made massive improvements to both the mental and physical side of his game over the past year.

“Coach James is all about giving 100%, but also pushes to make sure that Keir is doing it for himself and nobody else.”

When they began working together, Keir and James set some early initial goals to improve his all-around game, with a focus on pitching mechanics, fixing a strong, but inaccurate arm, and renewing his confidence at the plate. Foot surgeries have slowed Keir down at times, but he’s looking to crush his first-ever home run next season and Coach James agreed, adding that it’s possible because he’s “been hitting like a beast lately!” 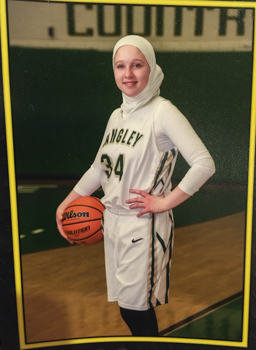 Age: 16
Sport: Basketball
Goal: Improve endurance and ball-handing, would like to make varsity next year

Our second winner is Noor, a 16-year-old looking for extra help on the basketball court over the coming months. After making her team as a freshman, she was not selected for the junior varsity team the following season — together, we’ll look to change that! Although her long-term goals include making the team next November, she’ll work hard to improve her endurance, ball-handling skills, and post-moves in the meantime.

With CoachUp, Noor aims to prove to herself, her teammates, and her coaches that she’s a worthy member of next year’s team and is excited to take on the challenge of winter training.

As a tall high schooler, Noor has thrived as a forward/center and succeeds at putting herself in positions to score in the low post. A few of her best moments on the court include scoring a game-winning three-pointer and making her All-Star team — but she’s got her sights set on bigger and tougher goals now.

We’re so excited to share Keir and Noor’s journey with you! Stay tuned for the next update as these two athletes look to get better and better with each passing session!

Since it was created in the early 1900’s, beach volleyball has attained worldwide popularity and recognition, seemingly growing bigger each and every year. Beach volleyball

4 Ways to Build Mental Toughness During Your Workouts

There are a lot of ways to train your mind. In this post I’ll give you one specific way to build mental toughness, and that