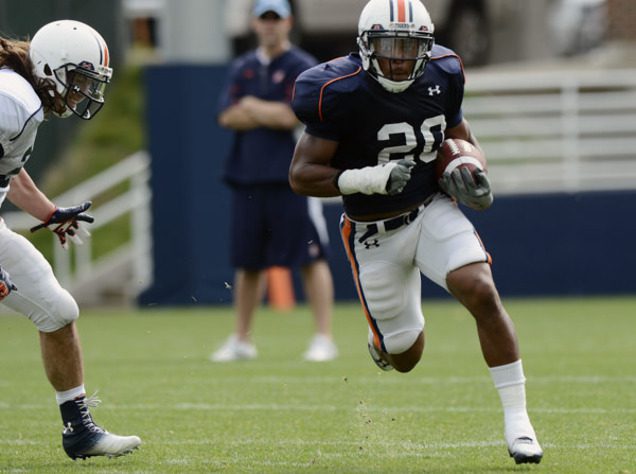 At every level of football, the running back needs to be a fluid, creative beast capable of switching up play-styles on-the-fly in order to execute a plan. Being an effective back isn’t all about forty-yard sprints and big plays, in fact, it’s far from it. Some of the best backs are the ones that have taken the time to nail down their fundamentals and execute the strategy to a tee. From securing the ball to maintaining possession through jaw-dropping hits, running backs must be cool, calm, and collected on every play. CoachUp has highlighted some of the most important fundamentals that every running back needs memorize in their sleep.

In today’s NFL, most of the running backs are considered three-down players and are expected to run effectively amidst tackles, catch the ball out of the back field, and help block blitzing defenders. Essentially, the running back has to be one of the most impactful players on the offensive side. Mentally sharp athletes will be ready to do whatever is asked of them and it won’t always involve the spotlight. Take these tips with you and master them to become the jack-of-all-trades running back that your team desires.

One of the most important characteristics a three-down back can have is ball security. If you can’t hold onto the ball, your playing time will likely suffer as a result. More times than not, the team that turns the ball over more ends up with the loss, so don’t add to the tally! In BenJarvus Green-Ellis’ first four seasons in the NFL, which were solid at best, he had a total of 536 touches with zero fumbles. Thanks to his reliability with the ball in his hands, Green-Ellis cashed in with a 3-year contract with the Cincinnati Bengals.

First and foremost, before the running back can even think about moving downfield, he must secure the handoff. It may seem obvious, but it wasn’t for LeGarrette Blount back when he was with Tampa Bay. Clearly, in the gif above, he started his next move before watching the ball all the way into his hands, an easy mistake to make, but an ultimately costly one. Nowadays, young running backs can have extremely small leashes on them. In 2013, Steven Ridley was benched for a number of weeks after frequent fumbles. For a while, it was tough to find a way onto the field for Ridley, so learn from his mistakes.

Next, make sure you properly secure the ball in the four most important locations. Maintaining and committing to these spots on every play will make you a dependable running back. Cover the tip of the ball with you strong hand. Secure the ball along your forearm to cover the other end of it. Press the ball tightly along your torso to eliminate extra space, closing the gap between your elbow and ribs. The less room there is between them, the less room there is for a defender to punch a fist through. Then, when a tackler approaches you, cover your entire arm and ball with your less dominant hand. Thus, you’ll create a brick-wall barrier between the ball and your attacker.

Fundamental Drills Now that you’ve got the proper grip on the ball, check out some fundamental football training drills to provide running backs with a solid foundation. The following running back drills emphasize essential skills such as quick feet, high knees, reactionary speed, and gaining yards after contact. Check out the following drills from University of Alabama running back coach, Burton Burns, who has produced NFL running backs like Mark Ingram and Eddie Lacy here.

Thanks to the aforementioned fundamentals, you’ll begin to slog through the trenches of the lineman and further downfield. Once you’ve started to master the fundamentals, it’s time to start turning those practices into success. Being a successful running back means you’re consistently bursting past the line of scrimmage and advancing into the secondary. But with some open space in front of you, how are you going to beat the defender in front of you? Luckily enough, there’s an entire arsenal of moves at your disposal. What will be your go-to move?

What are you going to do? Will you give him a head fake, throw a spin move at him, or just flat out run him over? A great running back can do all of these, but, make no mistake, it will take time and practice. Practice out in your driveway even if it’s just going through the motions. Getting comfortable with techniques and skills before using them in a game or practice is one of the smartest things an aspiring athlete can do.

At the end of the day, there are no tricks or substitutes for hard work and, if you put in the time, the results will show on the field. If you’re struggling to cover all points of the ball without mentally walking through each step, take it really slow at first. Soon enough, it will be second-thought and you’ll be ripping through defenders with a bevy of moves anchored by a sound and secured football. CoachUp has a number of private trainers that can help you with any of these steps, so if you’re interested in taking your running game to the next level, consider booking one!

For this Spotlight Interview, we asked Coach Kyle T. some questions. Coach Kyle coaches basketball with CoachUp and focuses on the fundamentals of the 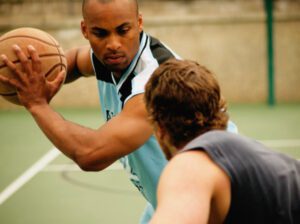 Fancy Footwork Is Key Quick, take a moment to think about some of the NBA’s fastest players, who comes to mind? The Oklahoma City Thunder’s 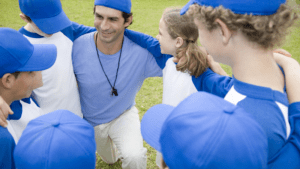 Coaching is a Balancing Act

One of the most challenging aspects of coaching is connecting with your players on an emotional and mental level. Should you criticize, yell, scream and