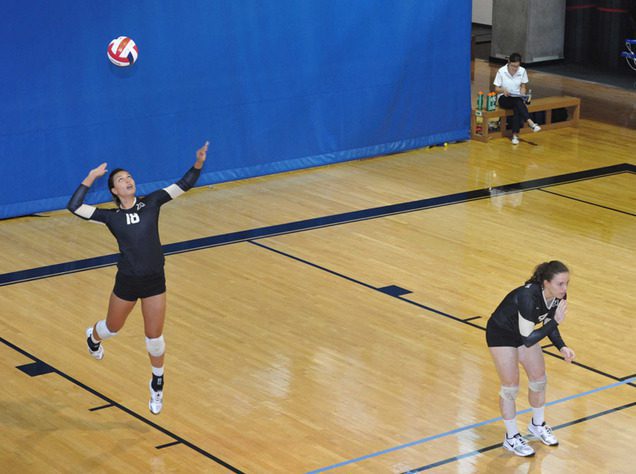 Once you’ve learned the basics, ideals, and purposes that we outlined in the article about Serving Basics, it’s time to move on to some in-depth action. Exploring the form and difficulties of the standing float serve is something that every aspiring volleyball athlete should do early on in their training. Since the standing float serve acts as a foundation of sorts for the more advanced types of technique, it’s incredibly important to diligently practice and perfect this form so you don’t run into mechanical or physical problems later on. In other terms, would you try learning a curveball before mastering a fastball? No, of course not — so don’t skip ahead in your training here!

The athlete must first line their body up so that the serve direction is always straight at the target. Point your hips, toes, and shoulders towards the target. Then, hold the ball comfortably in front of the serving arm as if holding a tray of plates — for right-handers, this means the ball will be in your left hand. Additionally, your left foot will be slightly forward so that the weight of the server is on their back foot. Once you’re set in this ready position, the server is ready to toss the ball.

Here, unfortunately, is where most athletes go wrong as they’ll focus on velocity and power of their hit before appropriately reaching that point in the serve. In fact, the toss is worth 50% of the effectiveness of the serve so it’s just as important to make it perfect than any speed or ferocity is — you can’t score points if the ball doesn’t make it over the net! Try lifting the ball up as if it were an offering to the volleyball gods — it shouldn’t leave your hand until your arm is parallel with the shoulder.

At first, your toss should be the height of one volleyball over the head, but feel free to tweak it in order to make the serve as comfortable and effective as possible. Once the toss is made, the server should take a step towards the target with the foot opposite of the serving arm. As the server lets go, the outside, lateral hand should come off the side of the ball and come back at a 90 degree angle at the armpit and elbow as if they’re going for a high five.

Many players believe that they must reach high in the air to serve the ball, on a standing float serve this is not true. Like a boxer, the force of a punch comes from the chest, back, and shoulder muscles and then reinforced with the bodies momentum, this is also the case with a standing float serve.

If the server were to not hit the ball, it should fall next to the hip of the serving arm and not in front of the body. After contact is made on the ball, the server must continue the swing towards the target. Remember that the wrist should not be locked, but should be firm and flat throughout the serve as if it were showing a stop sign. Ultimately, if the ball is not served straight, this is typically due to a poor toss.

Now that you know the basic steps and fundamentals to one of the sport’s most important serves, get out there and start working! Again, however, we’d be remiss not to re-mention the necessary evil of perfecting your form before getting into the nitty-gritty of volleyball service. At the end of the day, there are no short cuts in volleyball, so make sure you’re putting full effort and focus into your fundamentals as they’ll be the ones to guide you through frustrating training sessions and exhausting game situations.

Once you start nailing down the standing float serve, not only will you be a serious threat on the court, but you’ll be able to move onto trickier and tougher techniques. If you’re still having trouble with this serve, or with any other volleyball strategy, form, or skill, consider booking one of CoachUp’s private trainers to help you out. Our talented team will have you practicing good habits and abilities in no time — what are you waiting for? 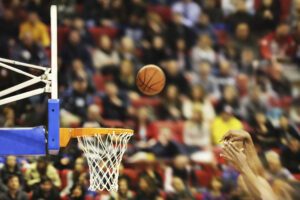 The Best Players To Never Win An NBA Championship

At the end of the day, only one team is fortunate to win an NBA Championship each season. It’s brutal, it’s unfair, and, ultimately, unpredictable. 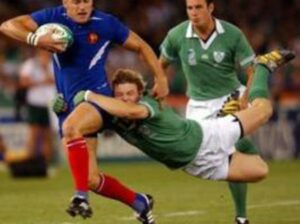 Rugby: How to Tackle

One of the most important skills needed when participating in the sport of rugby is knowing how to tackle. If you are able to successfully 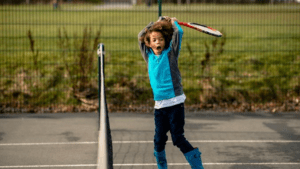 One of the elements I have noticed over the years from observing children’s tennis is the incorporation of competition through elimination. There is a winner