Talent is Not Enough

Talent is Not Enough

The truth is that I was never the most talented soccer player in my hometown of Roseto Valfortore, Italy. I wasn’t the quickest, or the fastest either. I had good ball control and a great left foot. My bread and butter. We played in the streets til we had to go home for dinner almost everyday after school, til we hadn’t gotten our tango bright orange soccer ball confiscated by some angry old lady we were bothering all afternoon in front of her home. Yes, we played everywhere we could get a pick up game going, usually in front of the town hall where countless times the vigilante confiscated our beloved companion, our best friend, our soccer ball. Even during recess at school we just wanted to play soccer, so we had to manufacture a soccer ball from newspaper and tape, something we could kick around and dribble and shoot and score with. We were crazy for Calcio, Soccer, the sport of kicking a ball. Everyone was crazy about their Club teams, in my case Juventus, as I grew up watching my idol Roberto Baggio do magic for the bianconeri. Soccer was way more than a sport, it was religion, it was a way of life.

The whole family moved to the U.S: in 1992, and the only thing I was going to miss were those long days playing soccer in the streets with all my childhood friends. I was super excited for the big change, America, now I had to learn English, no problem but I spoke soccer, and thats all I needed, I began making friends while playing soccer and I never stopped. I wasn’t the fastest, the biggest, the strongest, yet I was the most passionate and hard working, dedicated soccer player. I lived for the game. For example, I was a little over weight when I came to the US as my mom fed me lots of great Italian dishes, so I started running everyday to get in shape. I had a great left foot, so I worked hard on improving my right. I wasn’t the quickest player, so I started running hills after practice and doing stair workouts. If I didn’t make a team one year, I made sure to make it the next, or the next. I spent countless hours with my soccer ball and a soccer goal behind my house, practicing my bicycle kicks, my free kicks, my one on ones, imitating my soccer idols, trying to do imitate their sublime skills. My brother Antonio was a goalie as well, so it worked out perfectly.

I became the Washington Post All-Met player of the year my senior year in High School 1998, in 1999 CAA Player of the Year at American University, and in 2000 led the US U-20 National Team with 6 goals in two International tournaments on Holland and Switzerland. As a senior in High School, I had over 75 full scholarship offers to the top soccer programs in the country. I assure you that I wasn’t the most talented, but I was the hardest working, most passionate soccer player. My talent emerged as I improved my weaknesses and improved daily my strengths. Over and over and over. I trained harder than my teammates by running before and after practice. I challenged myself every practice and even more on my off days. I had no days off except when I watched my soccer games, and I assure you it wasn’t that often.

Talent is not Enough.

There often comes a point in a good workout in which an athlete has exhausted him or herself, giving all that they’ve got. At what 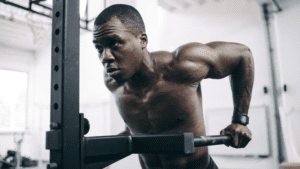 4 Ways to Have an Efficient Workout

Are you tired of boring workouts that yield no positive results? Are you struggling to get the most out of every session? Here are four

With four weeks to go your Turkey Trot prep should be focused on getting in the groove of regular exercise and running, especially for first-time