If you’ve started playing Volleyball for all the guts, glory, and highlight reel activity, you’re likely a middle or outside hitter. These athletes are the ones ferociously attacking the opposition over and over. However, beginners often think there’s nothing to the position but being tall, quick, and powerful — unfortunately, that’s just not the case and those in possession of the most elite hitter skills are actually incredibly cerebral, talented, and creative. If you’re new to the sport or want to work on evolving your game into an offensive territory not yet experienced, grab CoachUp’s guide to the hitter and commit it to memory.

Here we’ll discuss the position’s intricacies, difficulties, and responsibilities before and after each serve — so settle in, get comfortable, and read about how to clobber that ball in a smarter, more purposeful way!

In terms of the hitter, your responsibilities go far beyond just scoring the ball, in fact, that’s just a small piece of the action! Their position is key in the serve receive and they must be ready to be the first touch on the ball, giving it a generous lift so their teammates, and in particular the setter, can get under it and initiate the play that was decided upon beforehand. Thusly, hitters must be more advanced than high jumpers as they will frequently be digging out low hits and attempting to pass the ball.

Once the ball has made its way to the setter, get in position, and see if the ball comes your way. And, yet, even that’s getting too far ahead of ourselves — before the serve, the hitter must be acutely aware of the situation and the team’s current play-call. It is of no benefit to your team if you’re getting in a teammate’s way, forgetting your duties, or missing a great opportunity because you’re not ready to strike. Knowing the playbook, being prepared, and staying creative are the hitter’s most important responsibilities.

For those hitters just looking to mash the ball as hard as possible, you might need a slight-tune up. Just as a pitcher who only throws fastballs will eventually be lit up by opposing batters, a hitter that only hits hard but without variation will quickly be exposed. Instead, try switching up your game, speeds, and location. The very best at the position will know their playbook front to back, understand where and when they are to hit, but also willingly analyze the shifting defense on a serve-by-serve basis in order to adequately find the court’s open spots.

Look for patterns and take advantage of them, learn where gaps in defense open up, and firmly place the ball into that area. Hit it hard, but, more importantly, hit it smart. If you’re a middle hitter, make purposefully misleading movements in order to draw defenders away from the outside hitter’s space to cause confusion. Even a simple hesitation from the defense will open up tons of space and opportunity for your team, so be creative! The more unpredictable you are as a hitter, the better. Once you’ve gotten defenders out of their comfort zone and overthinking, you’ll have the upper-hand. That slight moment of hesitation is the difference between a great dig and another point for your side.

At the end of the day, the execution of the hitter comes down to four simple attributes: knowing the play, hiding your intentions, picking your spot, and letting it rip! Of course, this is much easier said than done, but give it a try in that order next time and see if it raises your success rate, speed, and accuracy. For beginners, they often zone in on hitting during all aspects of their in-game time. This can be a crucial misstep because there are small, but important details that lead up to an accurate hit, so don’t cut corners.

Knowing the play helps you play more confidently, move efficiently, and be able to get in position earlier and consistently — how will you hit well if you’re worried about racing to the spot late? Hiding your intentions will go a far way towards confusing your opposition and creating that final moment of hesitation. Additionally, if you know the ball isn’t headed your way, some simple misdirection or faints may be just enough to throw your opponent off as well. Staying creative is the name of the game, don’t forget! If the play being run is not for you, make sure to cover your teammate in case their shot is blocked at the net.

Now, once you’ve decided that ball is yours to hit, picking your spot will help focus on your forthcoming attempt. This type of attention will allow you to make tougher to defend hits even if there’s not as much power behind it. Then, finally, let it rip! As you can see, skipping right to step four can put tons of unnecessary stress on your game as it attempts to cram everything into one, quick motion. Footwork is key for hitters, but a tunnel vision on just hitting will make your movement unconfident and misguided, so make sure you’re properly putting yourself in the best position to succeed.

(Related: Read about the special nuances of beach volleyball here.)

The hitter is a delicate position and it takes some pretty serious dedication to rise above the competition, literally. Once you’ve gotten past believing that the best hitters are those who smash the ball into oblivion, then the sky is the limit. Taking a creative, but intelligent approach to the position will have you well-prepared to make a conscious, purposeful effort at the net.

If you’re still having trouble with any of these steps, consider booking one of CoachUp’s private coaches in order to help you out in the process. CoachUp’s qualified, confident team will have you playing more cerebrally in no time! Although the hitter is a difficult position, it can be easier when broken down into smaller focus points, so what are you waiting for? 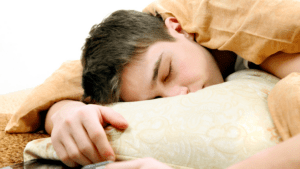 Meet Kelvin H.! Coach Kelvin is a basketball coach out of Arlington, VA who believes commitment and determination can bring any player success on the 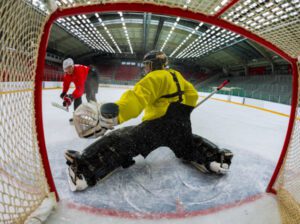 Being A Mentally Tough Goaltender

Being A Mentally Tough Goaltender In order to have success as a goaltender, you’ll need to accept that not every allowed goal is the end