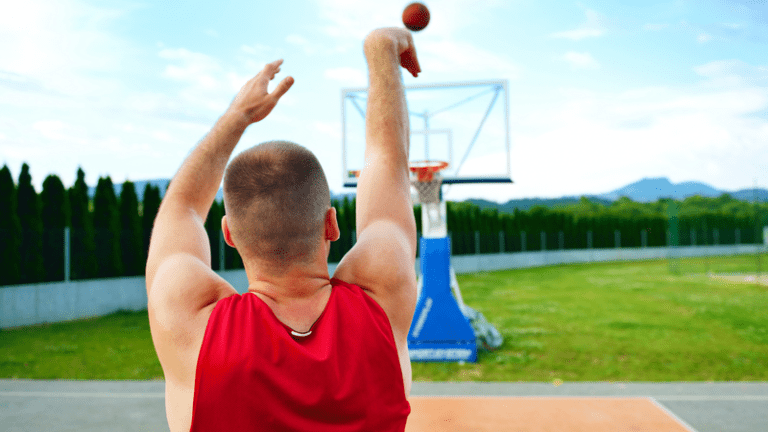 Make Shooting Drills More Realistic With This One Strategy

I’m going to lay down a groundbreaking insight for you right now. You ready?

The goal of doing shooting drills is to become a better shooter in the game.

But the problem is that most people tend to forget this obvious fact. They practice shooting in ways that are far from realistic.

Stationary shooting from 5 spots? 20 free throws in a row? Not very realistic if you ask me.

In particular, there’s one important thing that most shooting drills lack: decision making. To highlight this issue, let me give you an example of a drill that I use with my guys. It’s called “Number Shooting”, and it includes the crucial element of decision making.

Set up: Put 5 cones at random spots on the floor within shooting range. Don’t stick to the standard 5 spots, put them everywhere. For example, 1 in the corner, 1 just above the free throw line off to the left, 1 in the slot at the 3 point line etc.

Give each cone a number (moving from left to right so it’s easier for the player to remember).

The Drill: The coach–acting as a rebounder–calls out a number (1-5). The player has to sprint to the cone corresponding with that number and receive the pass. From here there are 3 options. Each option depends on a signal from the coach.

After any of the options happen, the coach immediately calls out a new number and the cycle repeats itself.

The drill lasts for 1 minute. Keep score by counting the number of makes and subtracting points every time the player makes the incorrect read.

You might be surprised to see how much your shooting percentage drops when you include those simple hand signals.

The problem with most shooting drills is that the player never has to actually decide whether to shoot the ball or not.

Number Shooting addresses this problem by requiring the player to make a decision based on the coach’s hand signals.

“Game Shots” Is a Lie

Many trainers and coaches use the term “game shots” to indicate that they want players to practice shooting shots that most closely simulate shots that will be taken in the game. The idea of “game shots” is well intentioned but often poorly executed.

The problem is that typical drills don’t accurately represent the challenges faced in a game. This is because the factors that qualify as a “game shot” (in their book) are insufficient.

According to most coaches and trainers, game shots require the following:

If these four conditions are met, coaches deem a drill to contain “game shots.”

But this definition of “game shots” leaves out one crucial element of real game shooting: decision making. In a game, when a player catches the ball, he has to first decide whether or not to take the shot.

This decision depends on a number of factors. For example:

Having to process this amount of information and make a snap decision to shoot or not makes the shot itself much more difficult. It’s a skill that requires a high level of cognitive dexterity and an ability to shift one’s concentration rapidly.

The fact that most players don’t train this cognitive ability decreases the efficacy of practice reps. In training, players knows they’re going to shoot the ball as soon as they catch it and that lack of decision making severely limits how game realistic the shot actually is.

This is a major factor in causing the steep drop off between shooting percentages in practices and games.

Number Shooting Is Better…But Not Perfect

There’s a series of three things that players have to do over and over again in a game. That series is:

The read is made based on the unique conditions in that moment. These are things in the list I mentioned above (How far away is the nearest defender? What’s the time and score? Am I capable of shooting from this range? etc.)

This is where drills as a whole usually come up short:

An exercise that only involves one player can’t possibly teach them how to make the right read because there’s no way to simulate all the conditions of a game.

Although Number Shooting does not address step 1 (Read), it does address both steps 2 and 3 (Decide and Execute). By forcing players to decide what to do based on the hand signals of the coach, players are training the ability to make a decision and then execute the decision.

How does this work?

You might be wondering how a decision that was made in the past can influence the execution in the present.

Here are two ways a decision can impact execution:

If a player doesn’t commit their full concentration to the shot, they’re not going to shoot very well.

This is obvious. But often times, players shoot with less than full concentration because their attention is still lingering a half second behind the action.

This is more likely to occur when a decision is made immediately before executing the action. For example, a player may still be wondering if they made the right decision to shoot even as they’re going into their shooting motion.

This is why it’s important to include decision making in training. But normal shooting drills don’t train this shift in concentration.

I know this sounds like garbled nonsense, but stick with me here. When a player catches a pass, there are many options available to him. He can drive right, catch and hold, catch and shoot, pass immediately, etc. Each one of these options is a movement pattern.

You can only execute the action (shooting) once you’ve recalled the movement pattern.

In plain english, if you go to shoot but your elbow slips out to the side, you’ll probably miss.

When you add decision making, there’s additional pressure because you have to recall the right movement pattern fast. You make the decision and then have execute the correct movement pattern in a flash. This is much more challenging and can lead to errors.

These two reasons–dispersed concentration and obstructed recall of movement patterns– demonstrate why it’s so important to include decision making in the training. The process of quickly making decisions and acting on them trains the cognitive dexterity that is required for high performance in games.

Traditional shooting drills only focus on executing the action (step 3) and ignore the decision making (step 2). This is a mistake.

But the good thing is that any drill can be improved by including simple decision making processes. So go ahead and take the decision making aspect of Number Shooting and apply it to other shooting drills as well.

Your in-game performance will thank you. 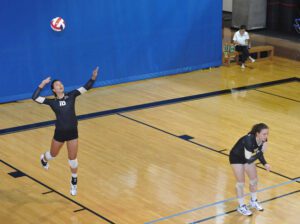 How to Increase Topspin in Volleyball Training

Hitting with topspin is a critical technique because it creates a movement away from you and towards your opponent in a difficult manner. After you 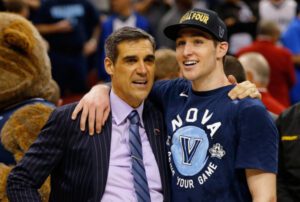 Villanova’s commitment to nutrition has them higher than ever

Villanova’s commitment to nutrition has them higher than ever The Villanova Wildcats, one of the NCAA’s most prestigious athletic programs in the country, are currently 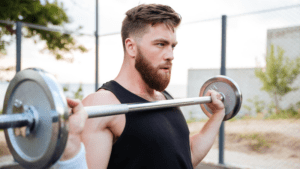 Sports Psychology: The Key to Success

Athletes and coaches train vigorously in practice and in the gym to be successful in their sport. However, many coaches, athletes, and parents neglect the