Last week we announced Junyong Pak as our latest CoachUp Ambassador.  His list of credentials in the emerging sport of obstacle racing is impressive. Pak has been leading the movement nationally and is excited to work with CoachUp in order to share his love for the sport and clarify some of the misconceptions about obstacle racing. We caught up with Junyong and asked him some questions about the Ambassador Program, his career and his goals. Why did you select the Boys and Girls Club of Salem as your charity/nonprofit?

Growing up I was pretty poor and didn’t have much in the way of wants. But I never went hungry, I always had a bed to sleep in and I went to a great public school that offered every opportunity to become as successful as I wanted to be. I was able to take full advantage of all of that. But I know that not every kid is given that chance and it would be such an honor to pass that torch on to some kids in the present if I can in any way, to help someone like my younger self achieve the same dreams and lead a healthy, fulfilling life.

Why were you interested in being a CoachUp Ambassador and coaching an athlete in obstacle racing? 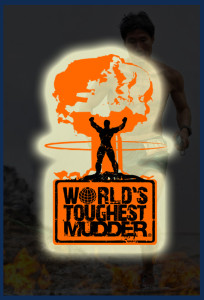 As an ambassador to the sport, I really enjoy these opportunities to promote the sport wherever I can and share the knowledge that I’ve garnered with athletes that are eager to learn.

As a coach and top athlete in the sport, what is the most important message you want to get across to your athlete and/or those interested in trying the sport?

The sport of obstacle racing is still relatively brand new and I know there are so many misconceptions of what the sport is and is not. Just as in running where there are the Olympics, marathons, road races, cross country and track, color runs, weekly fun runs….. everyone participates at his/her own level and in various mediums. Obstacle racing is just like that with something for everyone who is willing to try. There are the fun and easy mud runs like Warrior Dash and the physically/psychologically challenging ones like Tough Mudder (with strange obstacle names which will immediate pique your interest or turn you off entirely). If you hate the idea of mud, there are races like Alpha Warrior which I personally think is a glimpse into the future of the sport in the Olympics. And when you’re ready to race against the best, you can graduate up to Spartan Race where you will be timed and ranked on a course that if you push yourself will leave you thinking “that was the hardest thing I’ve ever done in my life”. Or you can go your own pace just to finish and realize “that was the coolest thing I’ve ever done in my life”. The danger is disproportionately misconceived. For the most part obstacle racing is nothing more than cross country on steroids. So unless you’re going kamikaze down rugged terrain the only injury you’ll likely sustain are a couple of friendly scrapes on your knees and elbows, maybe even a cool scratch tattoo on your back from the barbed wire. 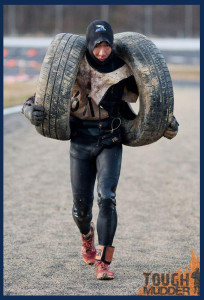 And if you find yourself not quite challenged enough, then you can try your hand at a multi-day Death Race, World’s Toughest Mudder, or Survival Race.

I strongly believe that the greatest value of a coach is not the workouts or training schedule that he prescribes, but rather his mere presence as an affirming figure of praise and encouragement. Knowing that someone cares and having a reason to work and fight is often times the difference between success and failure. There were many moments in my own training where the only person I could look to for motivation and accountability was myself and that was really tough. Everyone, and I mean even the best of the best, benefits from having a coach in their corner.

Last week we broadcasted a live hangout with Junyong and Nolan Kombol.  Check out the highlights on your YouTube channel.

CoachUp’s New Year Resolutions 2017 Believe it or not, 2016 was even better than the last! We saw Stephen Curry become a unanimous MVP, launched

Trash Talk and Taking Your Game to the Next Level

The NBA Playoff conference finals are mid-series right now and there are a lot of stories about the game within the game. My hometown Pacers