If your child is in a fight for playing time during youth sports and feels as if the coach hasn’t noticed her yet, it’s time to learn the art of getting on the coach’s radar. This is an important tactic if your child wants more playing time, hopes to earn a desired position, or if your child is simply learning something for the first time. Getting a coach’s attention can result in a significantly improved playing experience and allow for more personalized, hands-on instruction. When our son was in 6th grade, he played on a AAU basketball team, as most youth sports athletes his age do.

Despite his best efforts, TJ was sitting on the bench a lot, certainly more than anybody would hope. During one tournament, my husband casually asked the coach: “what does TJ have to do to get on your radar?” Getting on a coach’s radar isn’t just about skill, actually, in fact, it’s about attitude and commitment.

To summarize, here are five ways your child can impress his coach as he strives to get the position or playing time he wants.

Be Faithful in the Little Things

Whether it’s being punctual, helping clean up, or only playing for one quarter or inning, if your child does the little things with 100% effort, then she will prove herself trustworthy. Over time, the result is often that she will be given bigger, more meaningful tasks, ultimately translating to the actual youth sports field. It takes consistent faithfulness in the little things to earn a coach’s trust, so help your child see that this strategy is a long-term approach, not a quick fix.

A player that puts the team first shows it by cheering for everyone and making choices that benefit the team, not just himself. A team player never looks to blame others, but accepts responsibility for his part in any loss or setback.

Athletes who encourage others are a joy to watch — often, they acknowledge a good play from both a teammate and even an opponent. They offer a hand to help others whenever necessary and they pull teammates up when they are done. Great contributors build up teammates whether they’re in the game or on the bench. They are focused on each team member, not just on themselves or their next at-bat.

Leaders do not have to be loud in order to be heard. Although some leaders are very vocal, there are others who let their play and their example do a lot of the talking. Unfortunately, I’ve known youth sports coaches who overlook the lead-by-example players because they are so mesmerized by flashiness or loudness. If your child is playing for a coach like that, remind her of the importance of being true to herself. In the long run, leaders who walk the walk make the biggest impact, regardless of a passing coach’s negligence.

My husband, a coach for three decades, often says that he’d rather have players with moderate skill who give 110% than highly skilled players who give 75%. There’s no substitute for an athlete’s all-out effort during youth sports, truly. If your child is doing these five things and still feels like he’s not getting the coach’s attention, don’t let him give up. If he adopts these strategies as a lifestyle, it won’t be long before a good coach takes notice. 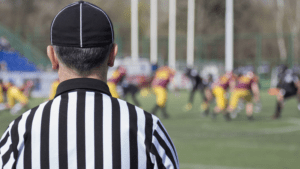 How to Handle a Difficult Referee

Not every coach can get along with every referee. It’s human nature that some personalities are going to conflict, but there is an appropriate way 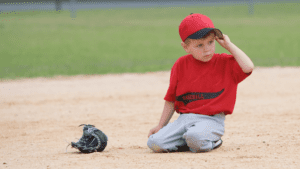 “Only one who devotes himself to a cause with his whole strength and soul can be a true master. For this reason, mastery demands all

Nobody Gets Overlooked: How to Navigate the Fall Baseball Season

In a column earlier this summer in the Boston Sunday Globe, noted sports writer Dan Shaughnessy took a break from discussing the woes of the Boston