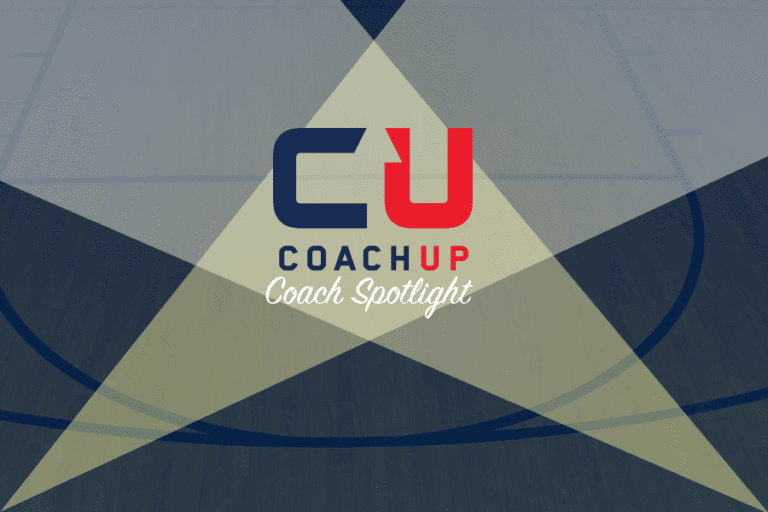 On Wednesdays, we do Coach Spotlights. This week, we’ve got the fitness guru from Castle Rock, Colorado, Brian Hoffman! With sports education in areas all over the map, Coach Hoffman is able to tailor your session to whatever you may need. Given his flexible nature, any coaches reading this should consider taking some of his mantras and try to apply them to your own sessions. Ultimately, Hoffman will do whatever it takes to help you go from baby steps to performing at the best of your abilities — so, without further ado, let’s get to this week’s interview! 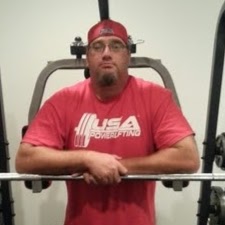 CU: Tell us about yourself and your experience with football, track and field, and strength and conditioning.

BH: I’ve been playing football for as long as I can remember, but I believe I started in fourth grade. Although I loved playing and training for every position, I could most often be found on the line. This love grew and grew as I eventually became a force on my high school’s offensive and defensive lines during my sophomore year, received an All-League Honorable Mention as a Junior, and earned All-League selections on both Offense and Defense as a Senior. From there, I earned a college scholarship to play at Northwestern College, but I unfortunately only played one year thanks to an injury. After my playing career, I turned to coaching to help teach athletes the key concepts of football I learned on my way to success. Over my eleven years of coaching, about twenty-five of them have earned All-League Honors, with a few even receiving All-State selections as well. Additionally, I was a teacher for eleven years and learned how to relate to students and athletes alike. I became a certified Physical Education teacher, an ASEP (American Sport Education Program) sports coach, and a strength coach through Bigger Faster Stronger, the #1 High School program in the nation, to help athletes reach the next level. So, anyway you slice it, I’ve got experience teaching, coaching, and learning at many major levels and junctions along the way.

CU: What is your coaching style or philosophy?

BH: Ultimately, my goal is to take you from these fundamental baby steps to playing the best you possibly can. My coaching style is to take sessions one step at a time, so you can learn with a full range of motion. If you try to do too much at once, you’re likely to lose focus, get sloppy, or miss an important step in your training. Once you’ve nailed down the fundamentals of a certain skill or ability, then we’ll put it altogether at full speed for maximum success. Whether you’re playing football, participating in track and field, or learning how to lift weights, I’ll help you get to where you want to be.

CU: What can a client expect from private lessons with you?

BH: Any client of mine can expect two things: working hard while having fun. I make a concentrated effort to teach my clients a proper warm-up, the skills needed to reach their goals, and a cool down. Believe it or not, young athletes often skip warming up and cooling down, which can lead to setbacks and injuries, so I like to make sure my athletes know of its importance every time you train. We work, laugh, and learn, that is how relationships are built and how my clients reach the next level.

CU: Can you describe any big or little “wins” that you’ve had with the athletes that you train?

BH: Yes, in fact, I have a couple wonderful examples to share as well! I have an Olympic hopeful in the bobsled that needs to decrease her overall time for the combine. Her starting time before she started sessions with me was 2.76 seconds in the 15m, but now she clocks in 2.43 seconds after only 9 weeks of training. For those that are unfamiliar with bobsledding, that number is a huge decrease in time over such a short distance. I also have a football player that was told last April that there was no way he’d be a starter for the season. Furthermore, he was told that he lacked skills, speed, and power for his position. Although I only saw him once a week, he became the starting left guard when the season began. From there on out, he was noted as the best offensive linemen on his team. And, finally, I had a field athlete that came to me ranked 118th in discus in the state. After just one year of working together, she found herself in 11th, earning a place in the State track meet.

CU: What do you enjoy most about coaching?

BH: Although I’ve typed full paragraphs for other answers, I think this one can be very simple. More than anything else, I most enjoy helping an athlete meet or exceed their goals. Beyond that, the look and expression of complete happiness, success, and joy on their face is priceless. Those victories are worth every frustrating moment along the way.

CU: What’s your mantra or favorite saying (in the context of sport and/ or life)?

BH: Do your best and forget the rest! Many athletes dwell on their past performances and it ends up ruining more plays, practices, and future games than they need to. Athletes need short term memories so they can always focus on the task at hand.

CU: What is the biggest lesson you’ve learned as a coach?

BH: The biggest thing I’ve learned as a coach and teacher is to not assume anything. It would be unfair to assume that my athletes should know and remember everything that they’ve been taught over the years. Repetition is key to their success, so burning the footwork, fundamentals, and ideals into muscle memory should be the end goal. That way, if you focus on the small stuff now, it won’t interfere with the biggest moments later on — whether that’s a huge sack, the final forty meters of a race, or whatever moment you need to succeed in, it will stick with you for a long time.

CU: What’s the most important advice you’d give to other coaches? To athlete’s parents?

BH: My easy advice to coaches is to keep being a student of the game. It’s pretty simple to fall into the trap of believing that you know everything or that your way is the best way. But, contrary to your beliefs, there might be a more effective way to reach your goals. If you make a concentrated effort to evolve, grow, and learn from others, you’re guaranteed to best the coach you can be. For parents, my advice to parents is to step back and let the coaches coach. If your athlete is hearing too many voices, confusion will set in and learning will slow down. Thanks again for all your wonder answers, Coach Hoffman! Once again, if you’re lucky enough to live in the Castle Rock, Colorado area, go ahead and book Coach Hoffman, you won’t be disappointed. But if you’re a coach or a parent, take some time to think about Hoffman’s words, beliefs, and approaches to sports training. How can you implement some of his mantras in order to become a better leader yourself? Every day, we have the chance to improve as not only athletes, coaches, and parents, but as humans as well. How will you improve? 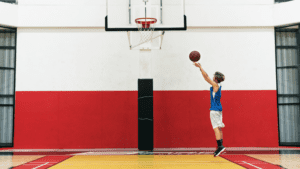 A few years ago, Bill Barnwell wrote an article on Grantland (R.I.P) about Chip Engelland, the shooting coach for the San Antonio Spurs (Read the original 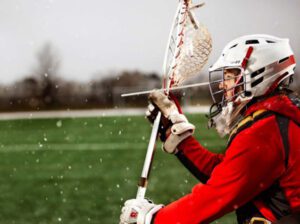 Improving Your Strength For Lacrosse 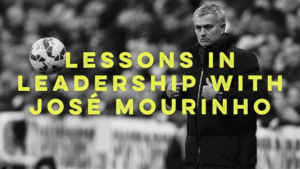 Lessons in Leadership with José Mourinho

After evaluated another successful final for José Mourinho and Manchester United, five common traits emerged that contributed to his success. Adaptability Coach Mourinho is a tactician,