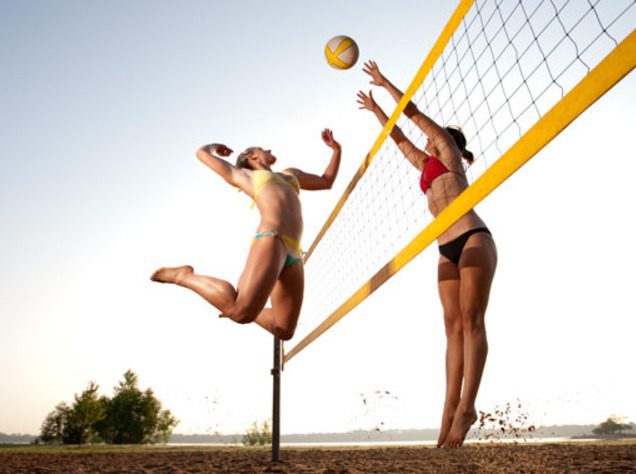 Since it was created in the early 1900’s, beach volleyball has attained worldwide popularity and recognition, seemingly growing bigger each and every year. Beach volleyball legends such as Misty May Treanor, Kerri Walsh, and Phil Dalhausser display the dynamic athleticism required to play the sport in the twentieth century. And, somehow, those demands keep growing as the game continuously evolves. At it’s humble beginnings, beach volleyball was born out of family fun and unity; but today it’s hyper-athletic breed of stamina, strength, and willpower all under the hot summer sun.

Of course, it requires many of the same major skills as indoor volleyball and gameplay is fundamentally similar. Teams are allowed three touches to continue the rally before the ball is grounded, determined out, or not adequately returned. However, the outdoor setting and two player team construction has lead to revolutionary differences on offense and defense. In order to win, these players must be willing to try new things, evolve with the game, and understand the system. If you’re looking to hop into some beach volleyball but don’t know where to start, this CoachUp guide will put you on the right track.

Beach volleyball players must be prepared to face the many difficulties of being outdoors. While the hot sun completes a typical day under the sun, it can make a match exceptionally tiring. Since the game is played on sand, players must work harder to return the ball before it touches the ground, constantly engaging core, arm, and leg muscles as they frantically move. Additionally, a strong wind can significantly affect the trajectory of the ball, so athletes must be quick on their feet and prepared for anything. Simply put, once you get outdoors, players need to tailor their game to thrive in the elements.

Unlike indoor volleyball, which is played with six per side, the beach sport is run with just two per team. Immediately after the ball is served, players must be within the the lines of the court at all times. Unlike indoor, players are not bound by positional rotation and are allowed unlimited mobility of all areas of the court. That being said, teams often divide the 16 x 8 meters of the court space evenly as both players must have an acute understanding of blocking, setting, spiking, and, most importantly, each other. Ultimately, you’re not just one individual on the court, you’re part of a pair, simultaneously communicating without speaking. An in-depth knowledge of your partner’s skills, tendencies, and abilities aren’t just bonuses, but instead are absolutely necessary.

On defense, teams tend to stagger their positioning with the frontcourt player taking care of the blocks at the net and the other making digs in the back. With fewer players available to cover court space, blocking is much riskier. In the frontcourt, the player must quickly evaluate if the opportunity is valuable enough to leave much of their side exposed. If not, they can always pull back and backpedal into a different defensive position.

On the beach, a wider range of shots is observed due to an increased value placed on finesse and shot placement. Thanks to the simpler two-person teams, there are no substitutions and players must be conscious of energy preservation during the match. Teams that early power can be quickly worn out and outplayed by more experienced teams. Though beach volleyballers play fewer sets, the conditions guarantee that each set will be strenuous. In the sand and sun, variety is key. Players at elite levels have many different techniques in their arsenal to help them get through a game and beat the opponent.

(Related: Learn about elevating your game through private coaching here.)

Mastery of all the basic volleyball skills is crucial to developing a competitive and complete beach volleyball player. These athletes must be adept in making effective serves, digs, sets, spikes, blocks, and passes all while understanding their partner on a very in-depth level. If that interests you, don’t stop here! Consider booking a private trainer to aid your in your journey towards beach volleyball superstardom! Our experienced team will have you motivated, agile, and excited to leave your mark on the sand — what are you waiting for? 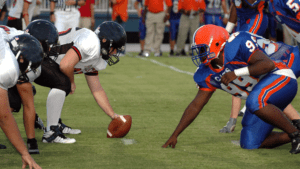 Placeholder How useful was this post? Click on a star to rate it! Submit Rating Average rating 5 / 5. Vote count: 1 No votes 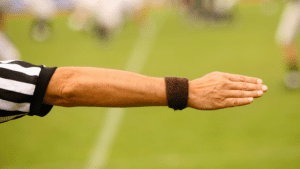 Obviously, the best way to deal with a referee during competition is with respect. But as a coach, I pay close attention to the details of a