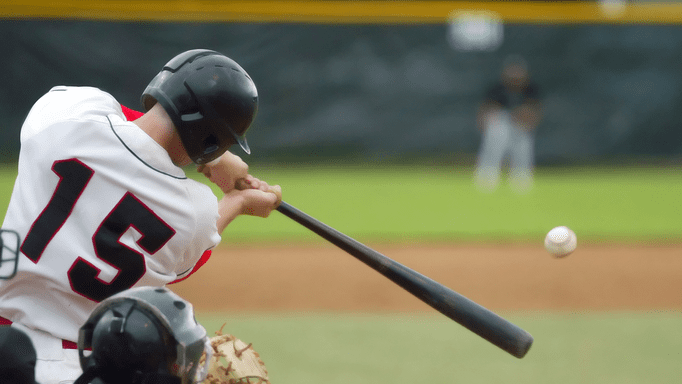 Baseball is a game that is unlike any other.

At the higher levels, baseball teams on average can play 4 to 5 games a week. At the pro and colligate level, teams can play 3 to 4 games over the course of a weekend. College teams, division III through division I, take part in double headers on the weekends. Depending on the league, college teams usually play one game Friday and two on Saturday. A lot of division I teams play a game on Friday, Saturday, and Sunday.

Point being, the vigorous schedule in the sport of baseball does not only exist at the pro level. College and even High School athletes play a demanding amount of games during their respected season. As the great Yogi Berra once said, “Baseball is ninety percent mental and the other half is physical.”

Baseball is a mental game, playing large volumes of games during the season demands that the athletes that play the sport be mentally tough. If you’ve ever played the game of baseball you know it can be one of the most frustrating sports to play on any given day and also can be one of the most rewarding. This emotional roller coaster can take a toll on your mental psyche. Along with the mental side, baseball also has a very obvious physical demand.

Like any sport, baseball demands a lot out of your body, games can last up to 3 to 4 hours at a time. One must know the proper way to take care of his body in order to stay healthy for a whole baseball season. Here are some tips to keep you mentally and physically fresh on the diamond during the grind of the baseball season

Find mental outlets that you can turn to during the baseball season
What do I mean by this you ask? My point here is that you should find another hobby that has nothing to do with baseball that you can focus on during the season, to get your mind off of things. For example, during the college baseball season I personally will read a book, start a new TV series, or even start in on some school work (Feel free to find more productive side hobbies) to take my mind off of baseball for a couple of hours.

Having these outlets will allow you to concentrate on something completely irrelevant to baseball and make it possible for you to stop dwelling on the bad game you just had.

If you’re going through a tough stretch on the field talk about your struggles
I know this sounds like something a psychologist would recommend but trust me it helps. If you’re struggling at the plate or in the field, sit down with a teammate or coach and ask them what you could do better. And what flaws they see in your game. This will be a mental refresher because instead of continuing to focus on all the bad you are doing, you now have recommendations from others that you can work and focus on. Working on improving your game during practice hours will boost your confidence once game time rolls around.

Stay positive/Stay confident
As a baseball player you must be a positive and confident player. Baseball is a game of inches. You might get to the plate, work a great at bat, hit the ball on the screws and have the centerfielder make a diving catch on the ball you just hit. Robbing you of a base hit. Give or take a couple of inches you could have been standing on first instead of walking back to the dugout. Point being is that one must not get discouraged over something like this, you had a great at-bat and hit the ball hard into the outfield, sometimes you just get robbed of successes in the game of baseball.

To be a great player you have to stay positive and keep a scenario like this from ruining your performance moving forward. Confidence is also key in baseball. If you have swagger as a baseball player you’ll have a leg up on the competition in the mental sense. You might get out your first time to the plate during a game. But the confident players won’t let this discourage them.

Instead, they’ll have the mentality of, “I’m going to go 2 for 2 in my next two plate appearances.” Having the confidence to get two hits helps you physically perform that task.

Stretch
While playing a large volume of games during a baseball season it is vital to warm up and stretch properly. Most injuries that occur during a baseball game or practice stems from not preparing properly. One must stretch the right way in order to prevent injury. Everyone is different; some need to stretch for 45 minutes others only need 5 to 10. You must dictate what your body needs before pushing it on the playing field and be proactive so you can keep your body healthy during the long season.

Recover
Proper post game habits are also important to develop if you’re a baseball player. It may vary if you’re a position player or pitcher but all athletes should take care of their bodies after a game. For pitchers, it usually involves icing your throwing arm and light running to cut down on arm pain and speed up recovery time. Position players might take an ice bath; do some light running and stretching to recover properly. Taking care of your body after the game continues with eating right and keeping hydrated. Doing all of these things will keep you on the field during the long exhausting season.

Listen to your body
As an athlete, you must listen to your body when it’s telling you something. In terms of playing a long season, your body will experience different bumps, bruises, and more serious injuries along the way. If you have a nagging injury that is slowing down your performance your first thought as a competitor is to battle through it. In some cases, you will. But when you play such a long season as a baseball player sometimes it’s better to give your body a rest and let your injury heal instead of fighting through it.

Listening to your body as a baseball player and getting yourself the proper rest will decrease the risk of more serious injury and increase productivity once you’re fully healthy.

The baseball season is like a marathon, at times you’ll have to slow yourself down, gather your surroundings and adjust yourself as an athlete. Other times will call for a dead sprint and you’ll feel really confident playing the game, finding that it comes quite easy at times. The game of baseball has these peaks during the season because there are such a large volume of games to be played. It is important to keep yourself both mentally and physically prepared, this will lead to a higher successes rate as an athlete on the baseball diamond. And when you produced as a player, you help your team win, and when you win, you have a lot of fun.

It is important to keep yourself both mentally and physically prepared, this will lead to a higher successes rate as an athlete on the baseball diamond. And when you produced as a player, you help your team win, and when you win, you have a lot of fun. 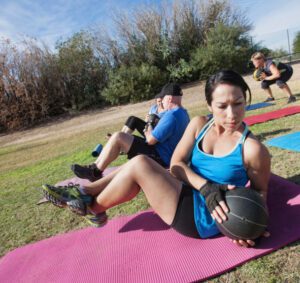 Fitness Tips: Make It All about the Core with Medicine Ball Twists

Everyone knows it is nice to walk around with those six-pack abs. It is more than just the looks that make them so great, having 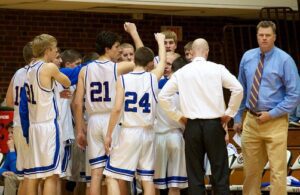 What Do You Do When Your Child Doesn’t Like His Coach?

What Do You Do When Your Child Doesn’t Like His Coach? Through 20 years of sports parenting, I’ve had my kids coached by at least 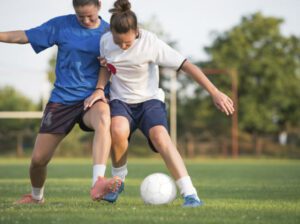 Keep Possession By Shielding The Ball

Keep Possession By Shielding The Ball The quickest way to build confidence is by acquiring the skills of ball possession, undoubtedly. The more you have