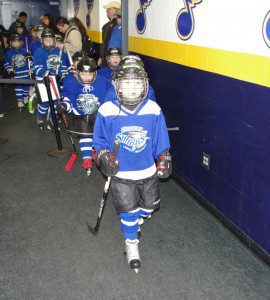 3 Key Traits You Must Instill in Your Kids

3 Key Traits You Must Instill in Your Kids

Before the ice hockey season officially began for my three boys, our club held its annual mandatory parents meeting. On a crisp fall night, about 200 hockey moms and dads packed into a local elementary school cafeteria. This was the last of three possible meetings parents could attend. The standing room only crowd proved that I wasn’t the only procrastinator. The first two-thirds of the meeting was OK. The club president gave a state of the club update, talked about things like upcoming fundraising efforts, rink improvements and reviewed the parents and players code of conduct. Typical stuff.

Then, the meeting took a very interesting turn. Reed Low, a former NHL player and current coach and dad within our club, got up and addressed the parents. Now look, I know Reed wasn’t a superstar. He was a serviceable “enforcer”. But he did play 13 seasons of professional hockey. Six of which were in the best league in the world. I’m telling you what though. The message he delivered that night was all-star worthy. As soon as the meeting let out, I hurried to my car and typed as much as I could remember into my iPhone’s notepad. The essence of Reed’s message was this:

As a parent, you don’t have any control over your son’s talent level, so don’t force anything. Just sit back and enjoy watching him enjoy playing his favorite sports. If you do try to force him to practice extra or put extra pressure on him to succeed, chances are, you’ll take all the fun and enjoyment he gets out of the game. Even if you mean well and think that you’re doing it for his benefit, you’re just damaging his love for the game and your relationship with him.
Work Hard
It’s a privilege every time you get to step onto the ice (or field, or court or mat). Treat it that way. Never take for granted the opportunity to do something that you love and enjoy. There are countless kids all over the world that would give anything to have the chance to do just once, what you get to do on a regular basis. So each and every time that you’re presented with that opportunity, make the most of it and work as hard as you can to be the very best you can be at your sport.
Be A Good Teammate And Friend
Treat your friends and teammates the way you expect them to treat you. Work together. Support each other. Never tear each other down or make fun of someone’s shortcomings. Embrace everyone’s individual strengths and help each other strengthen your weaknesses. The more you respect each other, the more fun you’ll have. 3. Be Coachable And Respect Your Coaches Your coaches are there to make you better, and if you let them, they will. When they talk, listen. When they give you advice, take it and thank them. If you have questions, ask.
To achieve in sports or anywhere in life, it takes constant adjustments and a desire to improve. If you embrace coaching that will make you better, you’ll continue to improve. If you choose to ignore it, you’ll stay exactly where you are while your teammates and opponents who make the adjustments pass you by. Teach your son to do these three things, and everything else will fall into place. If he lives by these traits, he will go as far as his talent will take him. Wherever that may be. Reed closed his talk with us hockey parents by advising us not to get too hung up on what level our kid is playing at. He said that he never played on a top-level travel team until he was a Pee Wee (that’s 11 & 12 years old). His parents couldn’t afford the cost of travel hockey, so for years he played for the House Team.
Reed believes that he actually benefited by not playing on the top-level teams growing up. He wound up being one of the top players on his teams. That helped him develop confidence and leadership skills. Plus, it gave him more ice time and shifts during games. Instead of being on the third or fourth line of a AA (travel) Team, he was on the top line of a House Team.

Life Traits
The main reason I love the three traits Reed shared with us is because they can be applied to any situation in life where your kids want to succeed. So many things in life are out of their control. But as long as we teach our kids to take control of these traits, they’ll go as far as their talent will take them. Wherever that may be.

Running a marathon to the best of your ability is a process that requires hours of meticulous training and hard work. It doesn’t matter what

Which Training Option is Right for You?

Whether you’re playing sports for fun, trying out for a school team or even competing professionally, additional training is always needed to get better. There 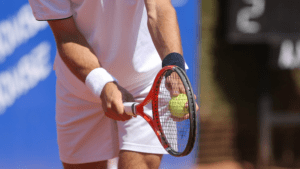 Tennis careers are often cut short due to injury or physical ailments. Tennis is an extremely demanding sport. Players are presented with the task of