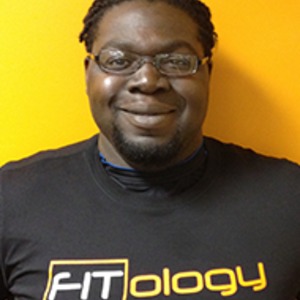 High School shot put and discus coach who is also a certified strength and conditioning specialist. View all coaching experience

Today was my son’s 1st training session and he is ready for his next one. Coach Emmett was patient and very knowledgeable about my son’s position. My son said he learned quite a bit today and is looking forward to his next training session.

Coach Emmett was great with my son in training for football. Very good drills that were tailored to address the things my son needed the most work on. Highly recommend.

He was so great with my son. Listened to what his goals and challenges are, evaluated, and then went right in to making improvements. Can’t wait for our next session.

Really enjoyed watching the first session. Can tell this is going to be great for my son.

My son had 2 sessions with coach Emmett so far and already has very solid results. Coach Emmett explains very well , and he is very patient and kind. We are looking forward to seeing him again!

Great coach. Helping my son prepare for High school football. He’s easy to work with and my son is making a lot of progress. Highly recommend.

Emmett is patient and positive. He worked with me in the shot put and discus. My goal in the shot put was to make sure my release didn't aggravate my elbow tendinitis. My goal in the discus was to learn the spin. Extending distance was a secondary goal. I'm a senior athlete and this is something I want to do for many years so staying injury free is important to me. I was pleasantly surprised that I threw a discus personal best at the Maryland Senior Olympics in July 2015. Emmett doesn't overload the sessions with information. He watches your throws and gives you one or two tips to focus on so you can concentrate on your technique. I asked a lot of questions and he was very informative.