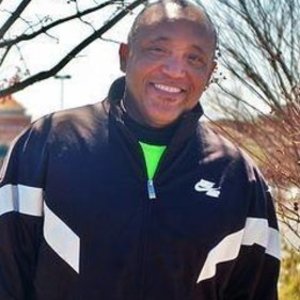 Trains athletes from youth to professional. Currently co-founded and coaches one of the Premier Track programs in the nation - MVP League. Prepared professional athletes and prospects for the draft and the NFL 2020 Season. Mr. Savage is considered one of the most well-kept secrets by clients in the speed-and-sports training industry, as the CEO & Chief Performance Architect for a premier speed and sport-specific training products and services provided worldwide. He has trained thousands successfully at all ages and abilities on the field, court, festivals, pool, conferences and camps. In addition,he has been a national speaker (TED\TEDx, Nike, Gamechangers Coaches Alliance, Glazier) and youth advocate on using holistic approaches to transform student-athletes beyond sports. Nationally, he's created a top track club and an education and athletic training program. Produced All-Americans (Note: 4 track All-Americans in 2013, 2 Pre-Season Football All-Americans, Over 30 performers currently at the collegiate level, 6 student-athletes at collegiate/high school level in football and track in 2011) & 3 New Balance All-Americans in track in 2012 for multiple sports and more than 500 champions in football, LAX, basketball, track and field and other sports at every level. Regionally, through my innovative approaches, I have helped to quietly produce two 1st team All-Met performers on the football team and track in 2011-2012 and as a football coach/trainer, I have produced two Fairfax No. Virginia Players of the Year at QB and Punter in 2008 and 2011.

As an inventor of a speed and multi-purpose mobile training device, I have trained some of the top teams in the country and spoken nationwide. More importantly, I helped transform thousands of students and student-athletes over two decades from sports to life beyond sports with a focus on building tomorrow’s leaders today.

He is also the former Speed and Specialties/QB Coach for the Flint Hill School Huskies, helping lead the school to their first football championship in their 50 year history, which spawned four straight conference championships, semi-finals and 2008 runner-up at the State level. I assumed the same roles at Bishop O'Connell. Previously, I assumed coaching roles in Florida and the youth leagues of Northern Virginia. I have coached five sports at the youth and high school level, and I am certified in several fitness areas. I am experienced, with more than twenty years of coaching and mentoring kids nationwide.

In his younger days, Nick excelled as a Maryland High School State Champion and record holder in the Triple Jump and hurdles in 1978. I competed for the University of Wisconsin track & field and football teams from 1978-83. I was nominated as an Academic All-Big Ten in 1982.

Initial evaluation is to determine if this is the proper fit; During that session the most important focus is on what is the overall goal before we workout to ensure the goals meet the dreams, the current reality, family requirements, meets the effort and commitment. Typically this portion last about 20-30 mins. the first day. Then we'll gradually move from aerobic work, to anaerobic, to strength, flexibility drills while learning the terms and techniques my coaches use to ensure the client and I are on the same page moving forward. We'll go through all of the Olympic lifts if it's in the off-season so we can determine the best starting point. Force application, rest and recovery are very important to me to increase speed, leverage, reduce injuries, and build up durability and confidence. We will also discuss the holistic plan - academics, professional goal if older, business, running terminology - macrocycles, mesocycles, short to long, and long to short programs, spiritual philosophy, and current/former workouts while we work. Once I feel comfortable my client understands and we commit. We move forward based on a customized plan working backwards from goal to drive to the goal.

Coach C. nick did a fantastic job and really went the extra mile to make sure we got the training we needed. His attention to detail ensured a training approach tailored for our son's specific events in track. Thanks, coach!

Coach savage was great! It's very personable and definitely tries to make a connection with the athlete. We recommend him to anyone unfortunately for us it was difficult to make the commute work to see him. However, if anyone is in the West Palm Beach area we definitely recommend using him!

Very good coach overall, takes time for different people to adjust, understands what people need to work on and where they shine in. Good choice to pick him!

I am a 44 yo fitness enthusiast that enjoys a combination of cross fit and distance running. I just recently developed a passion for sprinting so I tried to learn as much as I can from online videos and articles, but I ended up just being more confused. Then I realize I needed to find a Track and Field coach, so I reached out to Coach Savage to try to improve on my 40 meter and 100 meter sprints. We did a series of warm-ups, stretching and eventually sprinting drills. Coach Savage was able to quickly point out several things with my sprinting mechanics that I needed to improve on. With my first time experience with Coach Savage, I can see that he has a passion to teach and a passion for track and field.

Coach Nick is fantastic. Excellent teacher and an absolute bank of information. His years of experience and tremendous expertise are an invaluable (and scarce) resource these days. Communicates very clearly and transmits his knowledge (and enthusiasm) with ease. It is obvious how passionate he is about what he does, and is able to motivate the athlete to find new limits to his capabilities. The workouts are strenuous but efficient, and most importantly, effective. We are so happy we were able to find a coach of this caliber in our area.

My daughter has been a dancer for fourteen years and has recently decided to convert to track and field. When we came to Coach Nick about it, we didn't know if it would even be possible. Yet, Coach Nick assessed her situation, strengths and weaknesses and devised a comprehensive plan to improve both technique and build strength. Since then, Coach Nick's encouraging, knowledgeable, and goal-oriented persona has helped my daughter improve immensely, always setting sights high and providing insightful feedback. I would highly recommend his coaching to anyone who wants to strive for athletic greatness.

Coach Savage offers a great combination of confidence-building training to master the athletic skills along with mental discipline toward achieving stretch goals. Terrific coach to help take athletes to the next level.

It is my pleasure to provide a testimonial on Coach Nick Savage’s behalf. Nick and I met over twenty years ago when we worked together on a significant GovCon IT program. During those days, I learned of Nick's passion for coaching, training, and mentoring athletes, focusing on strength & conditioning and various sports such as Track & Field, football, and basketball. We developed a friendship in the ensuing years. After observing Nick's passion and technique, my wife and I decided to entrust Nick with training of our three children, each with a different athletic focus. Nick’s passion for excellence and dedication to his athletes’ lives inspired me to join in his efforts, helping wherever he deemed necessary in whatever way I could. Not surprisingly throughout the years, athletes’ coach and trained by Nick have advanced through the ranks of Junior Olympics (winning at all levels), winning at the National level for younger athletes and some even joining the professional ranks. Incidentally, all our children went on to compete at the collegiate level in sports or sports journalism. Coach Nick possess every quality needed in a highly effective and supportive coach. He is knowledgeable, motivated, passionate, disciplined, dedicated to continuous improvement, and possesses an unflagging work ethic. Nick's energy and enthusiasm are contagious as he works to instill these same qualities in his assistant coaches and athletes, modeling how to excel athletically, academically with integrity. Nick has coached or trained in middle school, high school, college, and professional athletes. Coach Nick has consistently exceeded all our expectations and has been nothing short of extraordinary. His programs build confident, positive, influential leaders. I recommend Coach Nick without reservation.

Nick is extremely knowledgeable and tailors the instruction and workout plan to the specific needs of his clients. Once you work with him you are truly family.

Nick is and extraordinary coach that does nothing less but get results. He is highly sought after and has helped my athletes run faster, Jump higher, and get opportunities to play at the professional level. There is not one coach I would trust more in Florida the coach savage. Bar none the best speed coach in the country

Coach Nick was willing to share is knowledge of all this track and beyond. He’s personal touches made it feel as if the focus was on one when twenty could be on the track. He is one of the reasons why I am where I am today.

For us, Spring was our first track season, with year and years to come. As you stated on the first tryout day, you slimmed Evan down. He lost seven needed pounds and slimmed out. I love your concept of having the kids set their own goals. For Evan, he set a goal to run a 10K, which he did! He set out a goal to eat better, which he did (which helped with the weight loss). What I liked most about your program was, it wasn't all about the training, it was about teaching the kids to better themselves for their daily lives, with eating, school, home life. Coach Nick deserves more than the regional award received. I only have wonderful things to say about what you have done for Evan, and we look forward to running again next Fall.

The Special Forces program has caused a tremendous change in my demeanor and confidence on and off the track. The coaches the parents as well as the teammates have taught me a multitude of lessons and I plan to continue running for them but this year I would like to give their gifts back tenfold and show this state and this nation how amazing a program Special Forces is for everyone.

Special Forces has had a major impact on my life as an athlete and as a person. Being around positive people of my peer group and getting to build life long friendships with those people has played a large part in my life. Athletically, Special Forces gave me the training I needed to put my skills in the same bracket as state champions, and helped me to receive attention from college coaches and several scholarship offers. Coach Savage has turned around the lives of many young people who might not otherwise have had the time and attention they needed in their lives.