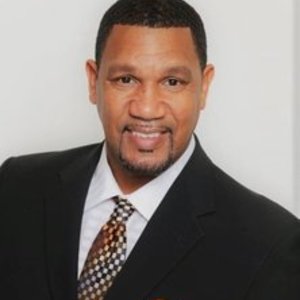 8XTrainer of the Year (Houston Awards Program and BBB (2013-2020) Ricky Jackson, the owner of ELITE PERSONAL TRAINING, is a one-stop fitness spot for strength training and conditioning, personal training, in-home training, and group boot camp training. We were honored to be named the Houston 50 HOTTEST FITNESS PROS 2017, Better Business Bureau/Houston's Awards Program 2013, 2014, 2015, 2016, 2017, 2018, 2019, & 2020 Houston Personal Trainer of the Year, and we've only improved our services and offerings since then.

Coach Jackson, Ricky spent 5 years at the helm of the Strength and Conditioning program at Texas Southern University responsible for eighteen different sports in the athletic program. He was praised for the development of the university’s weight room into a fully functional facility for all eighteen sports while providing personal training for university students and employees. He was also responsible for dietary programs for weight loss/gain, and educating athletes about nourishment to achieve optimal performance.

Prior to his stint at TSU, “Coach” Jackson was a professional prizefighter from 1989 until retiring in 2001. He bypassed the amateur ranks, and began competing on the professional level. He turned heads with an impressive record of 26 wins, 4 losses with 18 KOs. Achievements during his illustrious boxing career include:
•Texas Cruiserweight Championship Title 1994
•Texas Heavyweight Champion from 1994-2001 (Emeritus)
•World rankings with the WBU (#8), NAFB (#12), WBC (#16), and WBA (#22).

He also made boxing history by fighting for the first-ever WBU World Supercruiserweight Title.

As a free agent, Ricky Jackson fought for some of the top promoters and trainers in the World; George Benton, Lou Duva, Eddie Futch, Emanuel Stewart, Don Turner, and Tommy Brooks, Curtis Cokes, Jessie Reid, Aaron Snowell, Cedric Kushner and the Duva’s Main Events Monitor. In 1998, he signed with boxing promoter Don King, where he remained until 2000. He attributes his exceptional strength and conditioning knowledge to the multitude and quality of coaches and personal trainers he has the privilege of working with over the years.

As a humanitarian, Ricky Jackson has demonstrated an altruistic attitude by donating his time and energy to incalculable community organizations. He was awarded the Positive Influential African American Male Award; and the Young Black Achiever Award. Former City of Houston Mayor Bob Lanier recognized him with a "Ricky Jackson Day" Proclamation. Former City Councilman Orlando Sanchez also presented him with a Certificate of Appreciation for the outstanding accomplishment of receiving the highest award attainable from the State of Texas in heavyweight boxing.

With Ricky’s many years of collegiate and professional strength and conditioning coaching and personal training, he has developed regiments that will push the limits on each individual he trains physical capability through fitness. Getting each client to their own optimal fitness level in the shortest period of time is always Ricky’s goal and objective.

In his 40-year career, Ricky Jackson has worked for the exclusive resort the Houstonian Hotel, headed up the strength-and-conditioning program at Texas Southern University, and even traded blows as a professional prizefighter under the management of Don King. Today, he brings his lifetime of fitness knowledge to his clients during one-on-one training sessions with his business, Ricky Jackson Personal Training Service. He draws from his boxing and athletic training to help his students cut weight, develop their athletic skills, or even recover from injuries

He draws from his boxing and athletic training to help his students cut weight, develop their athletic skills, or even recover from injuries..

Coach Ricky is like a sport parent to me! Really helped me get in boxing shape and worked really well overall with me. I am working towards coach Ricky being my only coach for life! I do not even feel comfortable with any other coach coaching me because, coach Ricky knows both my strength and weakness and me generally.

In order to get back into the gym after a year of injuries, I was referred to Ricky by a friend, being told that he’d know exactly what to do and how hard to push me. It’s difficult to start all over! I took the advice and trained with Ricky for a while. By designing a varied and challenging regiment including elements of strength training, cardio and nutrition, as well as meeting at some pre-dawn time (not sure that was by design!), Ricky helped me make significant changes in my fitness level and body shape in a relatively short period of time. Ricky gave me 200% of his effort and focus each time we worked together . . .and provided the inspiration and motivation for me so that I could reach my goals. One of the best moves I ever made!

Before I began training with Ricky, I wasn't considered overweight. I had been working out most of my adult life, so I was fairly fit, but I couldn't say I was pleased with my body. I can't remember a time when I didn't believe I could stand to lose 5 or 10 more pounds. Most women between the age of 18-65 share that common theme. It appears to be permanently etched in our minds. I'm sure there are a lot of women who were like me, from size 2 thru 22 and beyond, who wished they could find a great pair of jeans that didn't include the proverbial "MUFFIN TOP." And though I read the same articles in over 15 different magazines in the last 15 years I still couldn't seem to "flatten my abs in two weeks", "lift my butt in 5 minutes a day" or get "lean thighs with 10 NEW moves" ( I dare you to look at a magazine cover right now). I tried diets, ab machines, and I even tried to get a "Smokin' Hot Body" in 90 days. Unfortunately none of those methods really worked or had any long term effect. I was left feeling defeated and unsatisfied. I needed something different. I remember, of all days, it was Thanksgiving, and a friend of mine who is very fit and looks like a model on a magazine cover, recommended I work out with Ricky. I was mildly skeptical. I wasn't really sure how working out with a trainer was going to be any different than everything else I tried, but since nothing else bought me the success I craved, I gave it a shot. WOW! I was blown away! Ricky was able to show me all the things I needed to do to get the lasting results of my dreams. Yes, I had to work at it but believe me, MEASURABLE CHANGE is a great motivator. It's even a lot of fun, especially when I try on jeans. No more "MUFFIN TOP"! The diet and fitness industry rakes in billions of dollars a year by playing on peoples emotions. They want you to believe that this NEW and IMPROVED way of working out is the one size fits all answer. Ricky taught me a realistic approach to health and fitness and he showed me what works. If you're a world class athlete looking for an edge, a parent, if you travel on business, if you if you are sick and tired of wasting time on the new fitness"FLAVOR OF THE MONTH" craze, or even if you have never worked out before, let Ricky show you how to reach your potential and meet your goals. He is well versed in the psychology and physiology of the body. He knows what it takes to STRENGTHEN, SHAPE and FUEL your body and he teaches you how it all works in harmony, one with the other. Of all of his many qualities Ricky has the UNPARALLELED ability to evaluate each client to specifically design a program that works to help you achieve YOUR individual goals. Ricky showed me how to incorporate fitness into my life. I no longer worry that I should lose 5 or 10 more pounds. I feel strong, confident, beautiful and pleased with my body. I think he's the BEST!

I have been training with Ricky Jackson for over 10 years. I first started when I began training for the Golden Gloves. My goal was to win my age group in my weight division. Ricky had the unique background of being a former professional world class fighter and a body builder. His skills in both areas helped me accomplish my goal and I won the Houston championship. I have continued to train with Ricky and introduced my 2 daughters who now train with him also. They are both in outstanding shape and capable of being personal trainers themselves. One of my daughters became an ODP level soccer player who now plays Division 1 soccer. Whether you want to become an accomplished athlete or just attain your highest level of fitness Ricky has a program he can design and implement for you. I must warn you thought that Ricky is just as committed to your goals and will make sure you are advancing and progressing daily. He is a trainer for all levels of fitness and ages. More importantly he is an amazing person and I am proud to call him my best friend!

Coach Jackson has been my Strength and Conditioning Coach since my collegiate day at TSU as wells as the NFL. He is a huge part of my continued success in league

Ricky Jackson was my collegiate Strength and Conditioning Coach at Texas Southern University where he help paved the way for my success in the NFL. Thanks Coach J.

Former NFL Buffalo Bills European Football League When it comes to reaching your full potential of physical fitness Coach Jackson will help you to reach and obtain your desired goals. He improved my 40yd dash from 4.72 to 4.41, with speed and strength drills that are second to none. Regardless of your sport or profession his knowledge is on point. Coach Jackson helped me to obtain all American status in college while also being in top shape playing in Europe. I would not put my physical conditioning in another coaches hands.