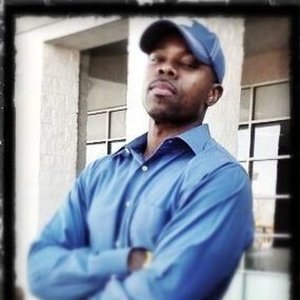 "The plan of a thing is greater than the action itself; nonetheless, proper training prior to performance is of the utmost importance."

Coach Paul was a late bloomer. He never played organized sports until he reached his junior year in high school when he played varsity baseball. Although Coach Paul had never played organized sports until late, he excelled in sports such as baseball, basketball, boxing, track and field, and football. He only played one year of varsity football as a senior in high school before becoming a walk on at Santa Monica College. Upon moving about 100 miles away, he lost a year of eligibility and had to sit out a year then later attended Los Angeles Valley College. After his 1-year stint at Valley, Coach Paul transferred to play football in the lovely state of Iowa. Unfortunate injuries at the beginning of his junior and senior campaigns caused him to miss almost two full seasons of college football. After graduating and receiving his bachelors degree in Kinesiology, he continued to play football at the semi-professional level in California, South Carolina, and in Texas for a few years. He shattered national and team records while winning a few championships along the way.

I strongly recomend Coach Williams. After 2 sessions I already feel like I am improving tremendously. He's well organized and very professional at training.

Coach Paul possesses the skill and desire to guide, inspire and empower an athlete or team to achieve their full potential. Coach Paul is a great coach, and is also an exceptional leader. He has the ability to unify a group of players and make them commit to a single purpose. He possesses a positive attitude and enthusiasm for the game and for the players that in turn inspires athletes to excel. You've done a great job from being an athlete and now to being a Coach/Mentor to young and up and coming student-athletes of the future. I've been knowing Coach Paul since 1989 and it has been a pleasure being around such Positive energy.

I have known Coach Paul for quite sometime. He is a very talented and gifted individual. A good communicator, open-minded, very fair and shows equality to all trainees. He is patient, approachable, and well organized. Coach Paul is very knowledgeable about the sport. He is responsible, positive, very reliable and a presentable coach. If you are looking for someone who will not only act as coach, but also as a motivator and a role-model to your young-star, or for yourself, then Coach Paul will fill the gap.

Coach "P" is hands down a great skills coach. I would trust my son with him without any hesitation. I personally know him and have seen him play at the collegiate level…. Paul's strength is the mental aspect of the game which gives top athletes the edge. I am glad to see him assisting others and enhancing peoples skills. If you play any position in the secondary, please get in touch with Coach "P"!

From my days as a Prep Athlete to the Collegiate level my athletic skills were tested, but after meeting and training with Coach Will for 4 years my abilities off the field as person as well as my physical abilities enhanced tremendously!

Coach Williams is an exceptional person, coach, leader, and motivator. Under his leadership, students will become not only better athletes, but better people.