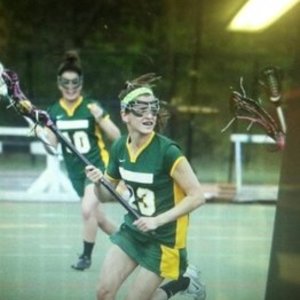 I have been playing lacrosse since I was 9 years old. I played through high school (St. Anthony's High School) and college (Skidmore College) and have won multiple championships at both levels. I was a two-sport athlete in college (soccer and lacrosse), and have grown to love not only playing lacrosse but coaching and watching it as well.

I have coached clinics and private sessions for players just beginning their lacrosse careers all the way through high schoolers who are getting recruited to play in college. I believe I can make a positive change in a player's attitude and motivation for the game; for me, passion is the biggest part of any sport.

Each session is tailored to the specific needs of the player. In general, I start my sessions with a dynamic warm up followed by stick skills. I then incorporate some conditioning, passing, shooting and defense. I finish with a discussion with the player about how the session went for them. I believe repetition is the best way to improve any skill. My main goal is to improve players' confidence and belief in themselves. Above all, I want the player to enjoy the game and of course to have fun!

Kids had so much fun!! Highly recommend!!