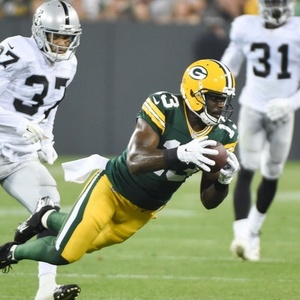 Training and coaching five year olds and up.

Coaching the novice player to the professional player.

I had the opportunity to be mentored and coached by All-American wide receiver, Charlie Collins (the coach that made receiver skills training a thing). Look up “Chad Ochocinco workout” on YouTube. He coached many receivers including Chad Johnson, Steve Smith, and Terrell Owens.

I played Quarterback & Receiver at the University of Oregon and later transferred to Kansas State University where I was an All-Conference performer. I left Kansas State being one of the All-Time leaders in receptions, yards, and touchdowns in 3 just years of play.

As a High School Quarterback I was a 4-star recruit and an All-American. I also played receiver, running back, and corner. I received over 50 offers from colleges all across the country.

In the sessions everything from the start to the end of the session will be focused on skill development. Sessions start with specific muscle activation drills, to a uniquely developed warm up, catching technique drills, footwork/body control drills, then end with fundamental route principles and techniques.

You can expect to get a firm foundation that you can apply in any offensive system. Everything you learn will skillfully build upon each other to increase your mental and physical capacity and ability.

I believe I can help those who are ready to master the game and learn various techniques so you’ll never be caught off guard in any situation. I also demonstrate drills for you so you will get a live example.

There are currently no reviews or testimonials for Chris H.