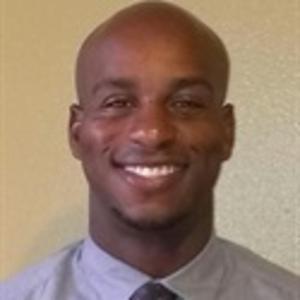 I am a former Professional, College, and High School Player and Coach. View all coaching experience

1 session package with coach Walker. Client will be evaluated on position specific skills, after which a custom program will be designed and implemented for the client.

1 session package with coach Walker. Client will be evaluated on position specific skills, after which a custom program will be designed and implemented for the client.

1 session with 2-8 clients working together.

1 session with 2-8 clients working together.

Client will receive weekly workout plans as a stand alone service. Clients can also purchase this package along with in person sessions each week.

Client will receive weekly workout plans as a stand alone service. Clients can also purchase this package along with in person sessions each week.

I am located just outside of Orlando in Clermont, FL. Football has been been a sport that I have enjoyed for a very long time and it gives me great joy to help others enjoy the game while they learn the basic fundamentals and in dept details as well that will set them apart from there competition.

My program consist of teaching every single individual that I train/mentor every aspect of the game from basic skills, position drills, film study, college recruiting, mental aspect, speed training, next level preparation etc.

Like many of my former clients, If you decide to take this journey with me to you accomplishing your football goals, you to will see a drastic improvement in your game.

2 time All-Conference
2 time All-State
Sprint Factory Magazine All-American
Only player at the time in 2009 to be named MVP of Arena Football League game as a defensive player.

I customize my clients workouts based on each individual's need. I normally break down my workouts into five phases.
Phase 1: Stretch to get warmed up.
Phase 2: Fundamentals.
Phase 3: Skill of the day.
Phase 4: Speed and Agility.
Phase 5: Conditioning.

Coach walker is a great coach. I was looking for someone who can teach my son how to play the game because he never played before. The first day of practice coach walker found out that he didn’t even know how to run properly so they had to start bare basic. At the end of the session he told me that this was going to be a project but was willing to take the challenge as long as my son showed him that he wanted to learn and put in the effort. I really like how straight forward he is. Since than, we’ve had 3 practices and I have seen such a huge difference. Such an improvement. I am very blessed that we found a great coach like coach walker.

My son had an excellent first session with Coach Walker. He really learned a lot from one session and is looking forward to continuing with him. Coach Walker's facilities are excellent and very professional.

Coach Walker is amazing. We highly recommend him.

Very detailed, my son enjoys working with Coach walker and has showed great improvement in his recent games.

Great attitude very welcoming.displayed great patience with my son and was encouraging. Looking forward to continue having my son train with him

He is a really good coach, he knows a lot about football. He has helped me get faster, stronger, better at route running, etc. He is enthusiastic and patient. I definitely recommend coach walker.

Coach Takashi was great. Very personable and knowledgeable and worked with really well with my son to assess where his skill level is currently to make a plan to get his skills to the next level.

He knows what he’s doing, wish he was closer to home.

Coach Takashi was excellent, my son loved the training and the input Coach placed on his abilities. Ready for the next sessions.

Fantastic first session! My son loved it and said he learned a lot and is ready for more sessions. It makes me happy to see my son’s excitement for trainnng and getting better.

Coach Takashi was so motivating! I appreciated his positive and encouraging approach to helping my son correct his form. He left with tools to help him long after when we are back home. We will definitely schedule with him again when we are in town!

What a great coach!!! He took me through the techniques and showed me a lot...I will definitely continue with him! ..Thanks again coach

Really great coach. Makes sure that you perfect the basics of the position.

Great instructor, very thorough, and extremely devoted. Got right into it in our session and I look forward to many more!

Coach Takashi is a very good Coach !!!This is my son's second week with him and we could already see a difference in his performance. I told my son not to tell his Coach about this private training sessions to see if they would be able to see the difference, and they have seen some improvements thus far. I highly recommend Coach Takashi

Straight to the point! Excellent all the way.

Coach Takashi, Great workout on day 1!! He sees the small things that make a difference in ones skill performance. Corrections on the spot. Ready for my son to get faster, stronger and move forward!!

Nic had a great session, Coach Walker is top notch.

Coach Walker did a great job working with my son. He pointed out and corrected things I would have never picked up on. Appreciate all his help.

Really impressed with his knowledge in the game. My first session was not only a great workout but also a learning process. Surprised on how much one athlete can learn in just one day. But a lot more to come for me as I will definitely be training with coach in the future. Definitely recommend to those who really want to improve not only great skills but knowledge in every aspect of the game.

Great introduction to the basics of WR training and some invaluable lessons and tips learned in our first session. Excellent communication and coaching skills and we will certainly be back for more in future.

Day 1 and 2 were great, Coach has been invaluable with the details and helping with consistency.

I strongly recommend Coach Walker for anyone thinking about playing football, just starting to play football or those serious about playing football the right way. Coach Walker has the perfect combination of experience, ability, patience and relatability for a young athlete. Coach Walker also communicates very clearly with both his players and their parents, which is a huge part of being a great coach of the game. Our son is on the freshman high school football team only having played years of soccer. Worried that he was not getting taught the proper technique and mechanics and would therefore suffer an injury, we sought out private training for our son. Before even having a training session, Coach Walker was so patient with our questions and attempt at making the right decision. In fact, Coach Walker spoke at length with us on 3 separate occasions and gave us the confidence that he knew how to teach football “the right way” to our son. Our son learned more in his first session with Coach Walker than months of 3 hour football practices at school. Our son is now on a regular training schedule with Coach Walker. We travel all the way from Oviedo to Coach Walker’s Training facilities for these trainings - a 45 minute ride each way. This is a testament to how much we believe in the quality of the training that Coach Walker provides. Nadine Castro

Coach Takashi has been a tremendous help to my family and I during high school and my journey into college. Coach Takashi has taught me the valuable skills I will need to perform as an outside linebacker, sprinter, and an elite combine performer. While playing for East Ridge high school I earned the "Top Linebacker " award, making 105 tackles and 10 sacks. Working with Coach Takashi I've seen both my 40 time and 100 time improve. My 40 time was 4.8 with Coach Takashi 4.58 and my 100 time went from 12.4 to 11.3 after training with him. I was able to compete and hold the highest Nike SPARQ rating for Miami and Alabama. Also I competed in the Nike SPARQ National Championship in Oregon. My footwork, hand placement and coverage recognition have improved exceptionally. Coach Takashi has also taken the time to talk with me about the academic and social aspects of college, I may come across. Coach Takashi is a fantastic mentor and coach. I recommend any person who wants to be an elite athlete to come and train with him. I thank GOD for allowing our paths to meet.

Joshua Tanner- Defensive Back SFL Daytona Beach Racers I met Takashi Walker back in 2010 and his knowledge of the game and training help propel my game from being average to a superior level. His knowledge of the game and what’s needed to be great in the game of football that he has obtained over the years is second to none. I would say throughout my 12 years of play football the last two years training with Takashi was when I say I learned the most I learned what it takes to be a professional from a professional. His hands on training along with his attention to detail will get the best out of you and you will know upfront that this is the training that you need.

Nate Heard- Defensive Back AFL Utah Blaze Takashi Walker to me has been more than a coach or even a friend, he has been another big brother to me( I have 2 older brothers as well). In his very short time in Oshkosh ,Takashi taught me what it means to be not only a Corner but a difference maker on the field. He pushed me to better not just at my technique, but in every other aspect of the game from film study to route recognition, breaks, jamming and even catching (commonly overlooked skill among DB's). While He was in Oshkosh Takashi constantly challenged me to be better than even I thought I could be, and never letting my head get to big keeping me humble even when success came my way. I vividly remember constant DB drills and one on one's ( me trying to cover him), showed me a young sophomore at the time just how far I had to go and how hard I had to work every single play to be a play maker. The entire time Takashi Walker believed that I could become the Shut down corner I am today even then. Things I learned from Takashi definately helped separate me from all other corners in my conference and even the Midwest. Takashi Walker has played and continues to play a vital role in my football progression and life. To me he is more than a Coach (although now from afar) ,he is still a dear friend and in more ways than I have described here my big brother for whom I thank GOD for bringing him into to my Life.

Gladel Brutus- Defensive Back AFL New Orleans Voodoo Takashi Walker has been my personal trainer for a little over a year now. His dedication and concern for his clients is the highest example of professionalism. The workouts are a combination of challenging exercises and fun. Since my goal was to achieve the highest level of talent I could achieve as a Defensive back, which I am continuing to do, Takashi is quick to remind me that being consistent with my workouts is one part of the formula. The other part is a great attitude and with him, that part is easy. I would recommend a workout with Takashi for everyone who is trying to pursue the next level.