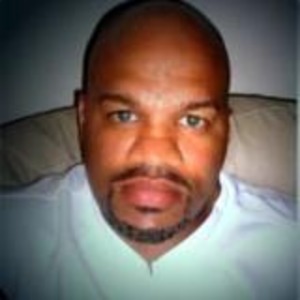 I have spent the last 10 years coaching youth football players aged 9 - 13 first in Virginia and now in Fort Worth and Garland, Texas. In March, 2015 & 2016 I was selected to coach varsity defensive backs at the USA Football Regional Development camp at Lamar High School in Arlington, TX. I am a recent recipient of the USA Football Player Safety Coach certification. I coached a 12 U team to a tournament victory iver Team Canad in 2016 at Nolan Cathilic HS in Firt Worth. i have coached in several leagues in the Metroplex including, Lake Worth Youth Association, Keller Youth Association, Richland Youth Association, Texas School of Football, Garland Pee Wee, and Metroplex Select. My focus is on skill development recognizing that drills don't cure ills but skills cure ills and that speed, technique, strategy and execution can be taught. My specialty is Quarterbacks but I also work with Offensive lineman, Running Backs, Wide Receivers, Defensive Ends, Cornerbacks and Safeties. I know youth football. I am not a psychic. I just watch a lot of game film. Recently, I have coached offensive line and the secondary for semi-pro football teams in the area including the Garland Aztecs, Arlington Bulldogs and Arlington Venom.

Fall 2011 League Director, Metroplex Select Westlake Jets, Westlake, TX Metroplex Select
Responsible for the administration and execution of league operations for the Westlake Jets. Duties include recruiting players and coaches to fill rosters for 4 divisions ages 5-12: flag, sophomore, junior and senior. Budgeting and Fundraising to finance league costs including game day at Cowboys Stadium and end of season tournaments in Lewisville, TX. Won the first and second round of the playoffs while serving as Head Coach for the senior division.

Spring 2011 Special Teams, TSOF Vikings, Keller, TX Texas School of Football
Responsible for Special Teams for the senior division. Duties include game planning for kick off and kick return while assisting the Offensive Coordinator with the execution of the double wing offense. Competed in the Super Bowl.

Spring 2010 Offensive Coordinator, Keller Saints, Keller, TX Keller Youth Association Football Responsible for assisting the Head Coach with team executive and administrative functions while introducing the fundamentals of the pistol, no-huddle offense to 9 and 10 year old boys. Directed an undersized, over achieving team to the playoffs.

Coaching Philosophy:
Safety First. Teach the fundamentals of running, blocking, tackling, passing, and receiving. Plan your Work; Work your Plan. Talk it, Chalk it, Walk it, Rep it.

My passion for the game began with Jim O'Brien's winning field goal in Super Bowl V helping the Baltimore Colts defeat the Dallas Cowboys 16 - 13. That game inspired me to play and coach football. I played semi-pro football for the Virginia Kings. I played full back. We went to the Championship game in New Jersey and lost. The winner's trophy was as tall as your average 9th grader. Recently, I have worked on the field with ex NFL stars including Larry Brown, Ray Mickens, Ray Crocket, Correll Buckhalter, Jay Novacek, Eddie Royal and others who have shared with me their wisdom of the game. I have attended several coaching clinics and was fortunate to learn from the offensive line coach of the Raiders and 49ers techniques that should be passed down to the youth level. My wide receiver drills come courtesy of Mike Groh, receiver coach with Alabama, and now with the Chicago Bears.

Each session is scripted in advance to get the most out of the time allotted to prevent inordinate delay. A session is position-specific so the athlete will understand the mechanics and requirements of the position he chooses to excel. A typical session for a cornerback would begin with warm up, stance, footwork, eye placement, hand placement, body mechanics and field awareness. The goal would be to introduce the athlete to the process. Understanding this position-specific process will serve as the focal point for the athlete to aid him in times of stress or when things go wrong. We will complete drills to improve skills necessary for the position. These drills will include the Mirror drill, W drill, Retrace Step drill, Weave drill and Hop Turn drill all designed to make the athlete more productive at corner. Eventually, we will advance to develop skills when playing in-phase and out-of-phase during zone and man-to-man coverage to allow the athlete to achieve shut down corner ability.

I came to this site because I could see the passion for coaching the game of football to young men willing to learn. Scot is amazing and I hope we can use him again next season.

Coach Scott does a great job with Mitchell! Mitchell has improved so much after just 2 sessions. We will keep going back to coach Scott!

Coach Scot was great with my son and his friend. He was very knowledgeable and worked with both of their positions. As I pulled up I heard him telling the boys how talented they were. They both left wanting to work harder and be better, we will definitely be seeing him regularly. Very thankful for Coach Scot!

Coach Scot has been a pleasure to work with and my boys have really enjoyed their sessions. Definitely recommend.

Coach Scot is an excellent teacher. I plan to walk-on as a QB at Miami University and after training with coach Scot that dream seems incredibly tangible. He worked with my particular play style and experience to make me feel confident and poised at such a difficult position. Coach Scot does his research takes his time to tailor each session and brings out the best player in his athletes.

Coach Scot was great to work with my son. My son is fired up and excited to work with someone who is passionate and knows his craft.

Coach Scot is very patient and enthusiastic while coaching my 13 year old son. His positive attitude has increased my son's confidence which is priceless.

Coach Scot is wonderful! My son learned a lot and is looking forward to future sessions.

Coach Scot has been very good for my son. The workouts include a wide range of activities, he takes the time to get to know my son, and he doesn't rush thru the workout. I am very happy with the sessions so far.

Coach Scot is coaching my 2 boys, one is 10 yrs old and is in his 2nd season of football as Center and the other is 12 and this is his first season of football. Coach Scot has been an amazing find for both boys. He has already brought out confidence in both of them that I have never seen, and has also been clearly noticed by other parents and coach staff on the football teams. His coaching style is one of encouragement and developing that "can do" attitude, which my boys readily respond to! They both are always excited and look forward to running drills and learning new skills from Coach Scot. As a Mom I appreciate his coaching style and his teaching of safety on the field. We are now as a family looking forward to a fun football season.

Coach Scot worked with my 15-year-old offensive lineman on Sunday. He was knowledgeable and taught my son techniques that he had not utilized before in school ball. He would coach him, then build him up, and then continue coaching. He took the time to encourage, to explain, and to push to the next level. I look forward to seeing more and more results as we continue to work together.

I have been working with Coach Scot for a month now. He is awesome. Every session I feel like I learn something new and I get better every week. He knows a lot about what he is doing and is great at coaching it.
All the workouts are very organzied and a ton of fun and Coach Scot also shows that he has a plan for every workout.
He really does think about how to make somebody a better player. What I also like is that he is not just rushing threw a session, but really takes his time during every workout to make sure that I understand what he is teaching me and that I get enough reps.
I can recommened him to basically anyone who wants to improve his skills/strength/speed and will definitely rebook him.

We have been working with Scot for 6 weeks now, and have seen drastic improvement in our none year old son, who is a first year player. Scot works on fundamentals, speed, agility, focus, hand-eye coordination, strength, endurance, all the while focusing on player safety. We didn't know what to expect when we signed up for our first session. We were extremely happy with how things went and immediately booked another group of sessions. Our son looks forward to working one-on-one with Coach Scot each week, and is excited to use what he is learning at his team practices and games. We only have three weeks left in this football season, but we plan on continuing working with him through the off-season. We highly recommend Coach Scot to anyone simply looking to improve on football skills already mastered, all the way down to brand new players just learning the game.

I hear everything you do and nothing you say.

I hear everything you do and nothing you say.