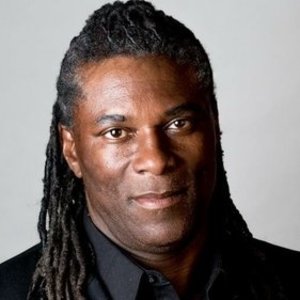 Emerging from the youth track and field arena, Coach T has several years of extensive coaching and mentoring experience. Coach T’s roots began at the Youth and Professional levels. Coach T’s devotion and love of the sport is evidenced by hundreds of youth level athletes and their success at national championship events. Over the past 20 years, Coach T guided 18 national youth champions, including a national record holder in the pentathlon. Under his direction, he qualified over 200 youth athletes to the national championships. Coach T’s passion and dedication has transformed athlete’s lives. Several athletes have received athletic scholarships to major universities and colleges around the country, including UCLA, University of Washington, Cal Poly San Louis Obispo, Long Beach State, and Oregon Tech.

Coach T’s unique approach to motivating athletes to achieve beyond their capabilities has allowed him to enjoy success within the community college ranks, beginning at Fresno City College and currently at Modesto Junior College. In 2001, Coach T’s efforts were instrumental in the success of the MJC Women’s Track & Field Program placing sixth in the California State Junior College Championships. Throughout the years, Coach T’s enthusiasm and dedication to the sport has resulted in numerous Northern California and State Track & Field Championship individual qualifiers at the community college level. His athletes still hold six school records and add to the depth of the MJC all-time list.

From 2007-2010, Coach T’s expertise has made a significant impact at the high school level. As an assistant track and field coach at Grace Davis High School, he amassed over 40 league champions, and sent over 100 athletes to the section championships. In particular, Coach T worked with three athletes who earned scholarships to NCAA Division I institutions. Kyanna Thomas, who earned a full-ride scholarship to San Diego State University (SDSU), ran a personal best of 55.54 in the 400m, qualified for the California State Championships, and was victorious at both the Arcadia Invitational and Sacramento Meet of Champions. At SDSU, Kyanna was named “Freshman of the Year,” and All-Region. Coach T also guided Justin Nesbitt to a scholarship at Sacramento State University where he was named “Freshman of the Year” and earned All-Big Sky honors. During this time, Shea Taylor, who was a California state qualifier in the long jump, received a scholarship to Brigham Young University.

Research and currency in the field has played an important part in Coach T’s ongoing excellence as a successful coach and teacher. Coach T has been invited to speak and present at The Nor-Cal All Sports Clinic (speakers included NFL, MLB, and Olympic Coaches), UNLV Track & Field Clinic, and MJC’s learn-by-Doing Clinic. Locally, Coach T worked with Hughson High School Girls Basketball as a speed and agility coach. Coach T’s expertise and knowledge of sprinting mechanics has translated into success for local football players. Alex Renaga, a Riverbank standout free safety, had nine interceptions due to Coach T’s efforts. As a result, Coach T was offered a position as a consultant/coach for the 2012 California All-Star Football Game.

Coach T’s dynamic and energizing approach to teaching, is a skill which allows his athletes to translate knowledge into peak performances. Coach T’s topics include motor learning through stretching techniques, speed development, and drills that promote rhythm, coordination and flexibility, all of which increases reaction time. With Coach T’s training, athletes will increase aerobic capacity, muscular strength, speed, power, agility, and overall fitness. Coach T’s certifications include National Exercise and Sports Trainers Association (NESTA), the California Interscholastic Federation Coaching Certification, and is certified as a Pilates instructor. He also has a Master’s Degree in Sport Science. Coach T’s positive (reflective listening) communication style allows him to work effectively with novice athletes and elite level performers, and introduce his approach to parents and prospective athletes.

High school varsity football and track. All-city in track and field, 4-time California Police State and Regional Champion in 100 meter, 4x100, and 4x400 meter events. Finalist in the world for Police and Fire games in the 100 meter event.

My training program utilizes speed technique, running mechanics, weight training that is specifically designed for speed enhancement and plyometrics training. These components are then combined with new and innovative training methods, tailored to the individual athlete and the events in which they compete. I provide a rigorous and enjoyable training environment that helps our athletes to develop character, maintain their composure, and excel in competition on and off the field. My mission is to create individualized training programs that allow athletes to achieve their ultimate goals in athletic competition to again elite status. My mission is to provide training programs that help athletes sharpen skills, increase strength, think clearer and outperform the competition. My training program is designed for the needs of each individual athlete into account his/her, body type and physical fitness. my goal is to transform athletes into elite competitors on and off the field.

Coach T was my coach at MJC and he has taught me more than just track and field. He taught me how to apply the lessons from the sport to my daily life and to make it a part of who I am. Not only has he helped me get back on the track after a year of absence after high school, but he also helped me move on to pursue my goals at the four-year level at CSU Sacramento. He was there when I got married and he also helped me get a job straight out of my master's program. Throughout all this, he always genuinely wanted to know how my life has been going since the day one. Coach T will go above and beyond for his student-athletes and you can sleep well at night knowing that he will teach how to live life outside of the sport. - Jeffrey Paneda