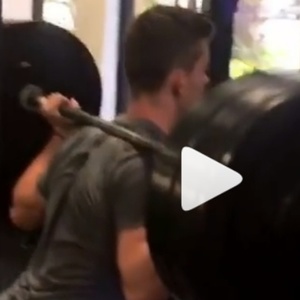 I was given a scholarship at my last college to do strength/conditioning training plans for my fellow basketball teammates. I have done strength/conditioning training at Dr. Marcus Elliott's P3 Sports Science in Santa Barbara CA, David Alexander's DBC Fitness in Miami FL, Spire Institute in Geneva Ohio, IMG Academy in Bradenton FL and at every college where I played basketball. In high school I used to drive 5 hours round trip in order to be strength/condition trained at David Alexander's DBC Fitness in Miami where professional athletes train ( one time I trained next to D. Wade of the Miami Heat). At many of my colleges where I played college basketball my teammates asked to strength/condition train them after hours privately.

I always start with proper form in that I am amazed at how many trainers that I have seen that are not teaching proper form. Proper form increases performance and gives an athlete a longer career. I have my own training techniques and I have been a sponge to learn everything as I have trained from coast to coast with the best of the best regardless of cost or commitment. Regardless of the age of my client or their athletic position they hold or their current physical fitness I make sure their basics are correct in order for them to progress toward their goal without injury. Proper form is critical and I will start there with every client.

Coach John did an amazing job with our high school son. He worked on fundamentals and game strategy. He played a challenging 1:1 in each session as well. John knows and clearly loves the game and it shows with his instruction

John was a previous athlete of mine while he attended SPIRE Institute and competed for our Basketball Academy. He was one of the hardest working athletes we had and saw substantial improvements in his strength and athletic abilities during his time here. It is fitting that he has gone on to pursue a career in the fitness industry and his hard work and effort will translate into him being a great coach and mentor for the athletes and individuals he works with. While he is still a young professional in this field his hunger and passion is something that will drive him to be the best possible coach he can achieve. I enjoyed the opportunity to coach him as a developing athlete and now get to see how he grows into an exceptions sports and fitness professional.

During my years coaching the worlds greatest athletes, I found a common trait. They go the extra mile. Despite their superior talents they still showed up to the gym hours before the others, they spend their free time immersed in their sport watching film or working on their skills. John spent years driving five hours a day to train at DBC fitness in Miami because this is where some of the greatest professional athletes train. Five extra hours a day to learn and work on his craft. He even continued this commute while he was home during his college breaks. Anyone who puts in this much time and effort, that displays the same work ethic I see in the greatest athletes has my recommendation!

Having known John for a number of years and working with him I can assure you that he is an outstanding young man who works hard and is a young man of morals and values.