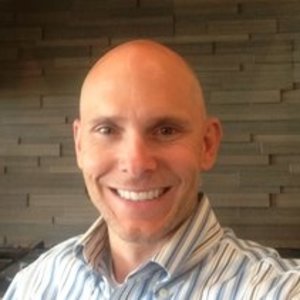 Depending upon the needs and wishes of the athlete, sessions may emphasize fundamental development, position specific skills and techniques, as well as incorporating team concepts and schemes. Drills and exercises that improve the athlete's agility, speed, strength and flexibility can also used. Video may be utilized as well.

Patient, supportive and a positive individual. My son really enjoyed his session!

My son had a great session with Coach Chuck! He came running in the house after the session pumped up telling us how awesome it was and all the different skills they worked on.

I think having Jason working with coach chuck right now is perfect for my son. Jason has never had any formal training so working with a college coach is just what he needs to fine tune his game before entering the college level!

Coach Chuck is truly amazing. Since my son began working with coach Chuck I can see the difference night and day. Coach is always on time and come prepared with all the tools needed to train. During the sessions he is patient and keeps a positive attitude the entire time. He finds the weakness in my sons game and works effectively to fix them over and over. One of the best things I believe coach does is he gives my sons lessons that he can do on his own too. So after training is done each day my son works on what he was taught till the next session. After each session coach also emails a full report of what was trained and what to do between sessions. Overall I could not have asked for a better 1 on 1 trainer. Highly recommend. Thanks Coach Chuck!

My son has met with Coach Chuck M. five times so far. First we started with an introductory session where he assessed my son’s skills. Each session my son learns something new and also gets the fundamentals reinforced at the beginning of each session. Chuck gives great unvarnished professional well-documented notes on each session. I don’t think many trainers give feedback like Chuck does and it is great for reviewing with my Son afterward.
One of the biggest benefits from the training, which I wasn’t expecting, is it helped my relationship with my son. Instead of me reminding him where to place his hands… it is me saying “where did Coach Chuck say to put your hands?” Instead of my words, it is Chuck’s words. It really is nice to see my son going and trying to get better on his own because of his relationship of not wanting to let Chuck down.
Coach Chuck is an honest guy and I have never brought it up, but he easily could of said hey the CoachUp website is great, but why don’t you just pay me in cash next time and we won’t go through the CoachUp website. He didn’t and that shows character. Coach Chuck also volunteers at the boys and girls club and is just a genuine all around nice guy. You can’t fake hard work and you can tell Chuck is a hard worker who has studied lacrosse for many years.
Another great thing was if you or your child want to cover anything Chuck will do that for you – just ask. He will research it and send you helpful links to increase your understanding and also put.
A great example of Chuck’s prowess as a coach is that my Son was part of a travel lacrosse team and only got invited back as a practice squad member. After sessions with Chuck he made another Travel Lacrosse team and during tryouts I could tell my son was using the things that Chuck trained him on. One drill that my son had never done before, Coach Chuck taught him was used in the tryouts! Chuck has taught him so much, shooting with Time, Shooting on the Run, Dodging, Catching, Passing, Throwing, Hand placement, Off-Ball Techniques, Drills to increase speed, etc…
After time traveling and the notes and resources Chuck provides, he probably puts in two extra off-hours for every one hour of training. He takes it serious and is very professional. The confidence in my Son has grown a lot under Chuck and you can tell he is a much better lacrosse player for it. We highly recommend Chuck and are still going!

Had one session with Chuck. Chuck did a great job with my son we already booked other sessions. Very good with the kids as far as communicating to them on negatives and positives of their game.

My young son has had a couple sessions with Chuck so far. It is obvious once you see Chuck in action that he has great coaching experience. He has coached/played at high levels of Lacrosse but has the ability to talk fundamentals in way that a young person can understand. Chuck breaks down the message so his coaching points can be remembered, He is clear, patient, encouraging and has an overall great style. My son has thoroughly enjoyed the experience, we will be continuing to work with Chuck and I would highly recommend him to others.

My daughter has enjoyed her lacrosse sessions with Coach Chuck Maloy. He has assisted her with improving both her techniques and confidence. She receives a detailed summary after each session outlining items she can continue to work on in her free time to continue to improve her skills. Coach Maloy is professional detailed and highly recommended!

Chuck has met with my son one time so far. The first thing I noticed was that he is ethical. He plays by the rules and tries to do the right thing. He offered tips and ideas through email. He was clear and patient with my son and is giving him the skills to improve his game. I look forward to watching his progress. 2nd session was great! Focused attention, multiple drills and education. My son is much more secure with the game and feeling challenged.

I think you helped not only with my son's skills but with his confidence. It was a wonderful first season for my son, the help you gave him set his foundation!