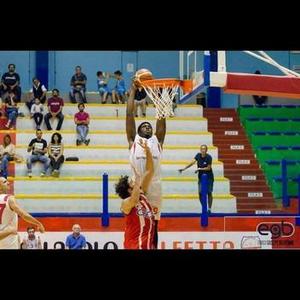 My sessions are client and position specific, but will contain drills and techniques passed down through multiple years of playing and training on every level.
*Ask for Nutrition and Take home drills*
*Now offering Vertimax Training *

Great training session. Very knowledgeable of the game and provides the fundamentals to success. Pushes you in every area to make sure you succeed.

My son completed 2 sessions so far with Coach Andrew. He's been excellent in terms of punctuality, communication, drills and feedback for my son's basketball development as he prepares for college.
I highly recommend Coach Andrew as an instructor..

We had our first session with Coach Andrew and my son really enjoyed it. Coach was patient and encouraging, and covered a lot in our session. My son is looks forward to his next session.

Coach Andrew works and plays at every level. He read my game in a few a minutes and his suggestions were useful. I can’t wait to work with him again.

Coaching with Coach Drew has been great…….. My son says “He motivates me to do more”. He is professional and disciplined while coaching.

My son has gotten so much out of his sessions with Coach Andrew. Really glad we found him. My only complaint is that he's hard to book, because he's so popular!

Coach Andrew knows how to detect weakness in my son's skills. He will work on those areas first..Very polite and on point

My son is LOVING Coach Andrew. He’s a beginner and within two weeks we are already seeing improvement and knowledge of the sport along with a major confidence boost. We look forward to continuing with him.

Coach Andrew was awesome! My loved his first session and looking forward to many more!

Very productive session. Looking forward to our next sessions.

Good guy, just not a good fit for us.

My son had a great experience & is ready to get in more sessions.

Coach Andrew comes highly recommended! My son enjoyed his first session and felt that coach Andrew can help him increase his overall game!

Coach Andrew is doing an excellent job with Jayden. His encouragement and dedication to the fundamentals has brought out the best in Jayden. We look forward to the progression of Jayden’s basketball skills under the training of Coach Andrew.

Coach Andrew was great, and his drills were really effective, and you can see how you would use them in game

Coach Andrew was very helpful! Helped my son shoot and dribble better. Sessions are worth it.

My 3 sons had their first session with Coach Andrew and all said that his inputs and suggestions were very helpful and they would love to continue working with him to develop their skills. Coach Andrew took the time to ask each of them what areas they thought they needed to work on and their first workout included drills to begin addressing those areas.

It's only been one session, but Coach Andrews teaching for my son has been great and put into use already. My 10 year old son's training is focused around his shooting and free throws, and a few days after his first session my son was playing basketball with a lot of his friends at his birthday party, and was at the free throw line to take his 2 shots (which would have tied the game). When he stepped to the line I noticed he took his time to get his form and how he held the ball together just the same way Coach Andrew had instructed and he made both shots. It was just a fun game but the fact that Coach Andrews instructions stuck with him after only one session says a lot.

Coach Andrew is Awesome. He works really well pushing my son to give his all even though some times he dose not want to. My son respects him and wants to do well for him. We have been with him for 4 months and my son has come along way. We cant to see where he will be after working the Coaching Andrew for the next year.

Coach Andrew was a great coach. He was patient and encouraging with my child. He understood the weaker areas and worked on that each session with my son. We look forward to future sessions. I would definitely recommend him to others.

My son really loved him!

Andrew did an awesome job with my 11 year old! He is teaching him the fundamentals and working on ball handling. I look forward to seeing his game improve over the coming sessions! Thanks Andrew!!! —-Melissa

Coach Andrew was great very patient and very helpful. He taught my son new things and open him up to develop his skill more. He's very professional.

Coach Andrew was great with my son Jack. He taught him some new ball handling drills and gave him great feedback to improve his shooting. I highly recommend Coach Andrew.

Coach Andrew has done an amazing job teaching my son! I can see major improvements in him after the sessions that he has had! I would definitely recommend him to anyone who has a child who wants training!

Coach Andrew did a great job with drills and conditioning. I can see why he has positive reviews. Keep up the great work.

Patient & informative on techniques used & what needs to be worked on

Coach Andrew has really helped our son learn good form and the fundamentals. He's also very patient. Additionally, Coach Andrew is well prepared, professional, and responsive. I would highly recommend him for kids that want to up their game.

Coach Andrew takes his time and explains everything so when he tells the student to do something it makes sense. He is a great coach.

Andrew has made such a positive impact on my son. He is a true asset in developing young men. We sure do appreciate all you do. -The Pierce Family

Great coach took the time out to talk to me . As well as let me know what I can work on and do better as a player for the future.

My son loves his training sessions with coach andrew. Anyone would be lucky to have him coach them.

We are happy with his approach to training
Very knowledgeable and hands on training.
We will continue to many others sections.

Coach Andrew did a great job identifying a training program for my son. My son learned from Coach Andrew’s drills and his game play tips. My son had a great experience and looks forward to training with Coach Andrew again.

Coach Andrew is an awesome coach!! My daughter learned alot, after one session! His drills were great! Most of the drills were new to her, but she enjoyed them. We can't wait for the next session! I would definitely recommend Coach Andrew to anyone, looking for an awesome trainer.

I love Coach Andrew, I love he pushes and encourages yet won't except excuses! He pushes my son and makes him a better athlete!

Coach Andrew ran a very good practice session. He worked with my daughter on her ball handling and footwork. We were both very pleased with her progress.