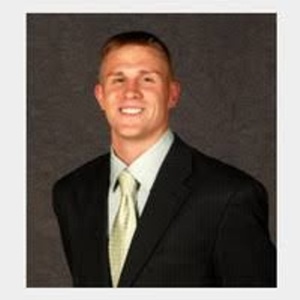 As a Former Collegiate Quarterback & current Head High School Coach, I have the knowledge & experience to transcend your game to the next level both mentally and physically. View all coaching experience

As a quarterback, Fundamentals are essential to becoming a polished quarterback. Great footwork and weight transfer are key ingredients to not only a strong arm, but an accurate pass. I like to focus from the ground up. Starting with the basic warm ups to becoming a technician at the quarterback position. Focus on the little details to to throw a precise pass. Do the little things great, and you will be a great quarterback. From starting with warm ups to working through bag drills, we will focus on mobility in the pocket while keeping the quarterbacks eyes downfield. Working a high release with great weight transfer to throw the ball accurately downfield and across the middle. The session can be filmed if you prefer to then have a film study. In that film study we can break down each throw and critique each motion. As a quarterback, you must be prepared both mentally and physically for each practice, game, and workout. A quarterback manual will be passed out at the first workout to go over coverages along with to log our passes, accuracy, and percentage for each workout.

Coach Zack transformed my game to the next level! After working with him throughout an off season, we not only worked on physical mechanics, but also went over the mental game played at Quarterback. Later that season I threw for 370 yards in one game with 5 touchdowns!

I was able to work with Coach Zack for a year and saw a huge difference in my accuracy, arm strength, and knowledge of the game. His in depth explanation and drills helped me to move on to the collegiate level! We would work to become a true technician of the position!