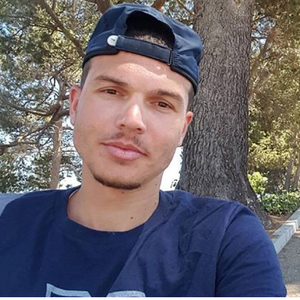 Competed 1 year at community college and 2 years at the division 1 level.
In my one year at Valley College I earned All American honors in the high jump before receiving a scholarship to CSUN where I was also All Big West.

I first start with a dynamic warm up before moving into event specific drills to get a good feel for the athletes body control and ability. Once I have properly assessed the athlete I can then write up a detailed workout plan depending on which part of the season we are in. My main focus is making sure the athlete is technically sound in either jump they chose to compete in.

Coach Reggie was great . My daughter Sofia 8, loved training with him . He found Sofias problems in form of running . His drills were right on point of what sofia needs .

Coach Reggie has been an excellent coach and has helped us improve a great deal! Thank you for your time and dedication coach!

Coach Reggie is amazing. After one session - ONE SESSION - our son PR’d in long jump, likely securing a position in the regional finals. Our son already can’t wait to work with Reggie again! Thank you, Coach Reggie!

Coach Reggie has made a drastic difference in my boys running style. He took my eldest son and helped him find his second gear improving his starting speed. With my other son, he really didn't know how to run efficiently. Working with Coach Reggie over the summer, he now is running so much faster and smoother. What is especially important to my younger child is the relate ability of a Coach. Coach Reggie grew on him and helped him buy in to the training and put the effort to improve. We will be working with him on weekends until next summer.

He is patient and explains everything very clearly step by step. My son is new to track and he helped him increase his long jump by about a foot in two weeks by helping refine certain skills. He is great!!

Coach Reggie helped my 14 year old daughter improve her jumping techniques in long jump, triple jump and high jump. He quickly identified the areas to focus on and then worked with her patiently and diligently. My daughter and I both found the sessions very effective and are impressed with Coach Reggie’s knowledge, skills and professionalism. We both HIGHLY recommend Coach Reggie!!

Coach Reggie is great! I asked him to work with my 5 and 7 year old on their long jump technique, which is not an easy task. He is very patient and makes learning fun, which is crucial at this age. I would definitely hire him again.

Coach Reggie was patient and able to effectively teach a "crash course" of selected long jump skills in one session due to an upcoming USATF Youth event in Cerritos the next day. My 13 year old daughter received a 4th place ribbon with an amazing jump of 4.69 meters and my 12 year old daughter jumped 3.89 meters. They look forward to continue working with Coach Reggie!

Coach Reggie was patient and encouraging, gave my daughter confidence in her jumping technique and ability. Great lesson and my daughter is excited about her next lesson.

Easy to communicate with, responds promptly. Attentive to what our needs are.

Coach Reggie was flexible with training locations and times. He Made it convenient for my son to get extra training that was extremely simplified and adaptable. My son left the training session with great confidence and much needed technique tips/workouts.

Coach Reggie is very knowledgeable, professional, and patient. I’ve seen the improvement in my daughters high jump technique and performance while training with Coach Reggie.

Competing under Coach Reggie was a refreshing experience. He is really good at working with each individual on what they need to improve on to get to where they need to be performance wise.