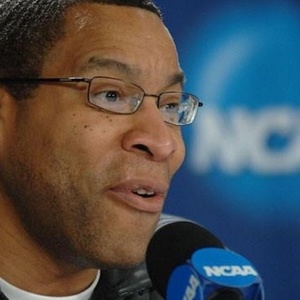 To enhance the "individual student's skill set from both an offensive and defensive standpoint where he/she feels extremely confident in their own abilities to succeed." View all coaching experience

5 session package with Coach Randy. 60 minute session length.. NOTE...FEE IS FOR EACH CLIENT.

5 session package with Coach Randy. 60 minute session length.. NOTE...FEE IS FOR EACH CLIENT.

10 session package with Coach Randy. 60 minute session length. (You are paying for 9 sessions, you get 1 free session.) NOTE...FEE IS FOR EACH CLIENT.

10 session package with Coach Randy. 60 minute session length. (You are paying for 9 sessions, you get 1 free session.) NOTE...FEE IS FOR EACH CLIENT.

I hired Coach Randy to help get my 12 year old son interested in basketball and man did he help just after one session my son is going out playing and practicing basketball everyday after school. I just signed him up for another 10 practice sessions and my son loves it. Thanks Randy!!

Coach Randy is awesome, just after 1 day of training my son learned a lot and he also talked to him about getting back on track in school, I plan to order more sessions

Coach Randy was very patient with my son Marcus and had great attention to detail. My sons likes this coach and wants to continue with more sessions. I saw improvement already after session one.

Coach Randy knows the game and can give it to anyone ready to learn and adapt to his practice.

Coach Monroe became my father away from home. He was there for me through good times and bad. He put his heart out on the line every day and it goes beyond basketball. Coach Monroe genuinely cares about you and your well-being. I don't think you will find that in the coaching business that often.

It was a pleasure to coach Randy Monroe. I never had a harder worker. While coaching Randy, he never took a possession off and was an intense competitor. While coaching at LaSalle, I never had a more loyal assistant. As a person I consider Randy as my son and one of my dearest friends. He never forgets about you. If work ethic means anything, and I believe it does, Randy Monroe will continue to be a successful basketball coach and a success in life.

I played for Coach Monroe for all four seasons while at UMBC. I learned many things about the game of basketball and also many things about life. He was always there if you needed anything and he was always there to make sure you were doing the right thing. If I could use one word to describe coach Monroe it would be PASSION! In my four years at UMBC he always gave 110% in everything he did. His passion and energy would make me want to work harder every day. Coach Monroe has brought UMBC basketball to another level, and I am very proud to tell people that I am an alumnus of UMBC.

Coach Monroe was a second father to me while at UMBC. As a parent that is something you should expect when your son goes away to college, but it doesn't always happen. You could always pick up the phone and talk to him, it was rarely about basketball. He can be tough, like don't miss study hall. However, I think that it is evident how I feel about Coach Monroe, when I asked him to be the godfather of my daughter. I wanted him to be part of my life forever.