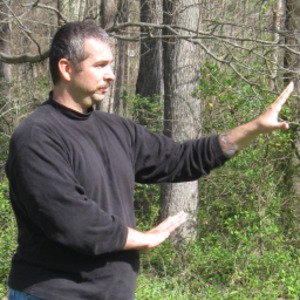 I have been involved in martial arts for over 30 years. I began my training in the art of Shotokan Karate at the age of 15. I was promoted to the rank of 3rd Dan by the age of 22. While in the Air Force, I began to train in the art of Shaolin Tiger Kung Fu and Tai Chi Chuan. After leaving the Air Force in 1991, I opened a full time school in Hanover PA, which taught Tiger Kung Fu and Tai Chi Chuan. I began my study of Ba Gua Zhang while in PA with Bok Nam Park. I also had the opportunity to train at the world famous Shaolin Temple in China. I moved to Richmond VA to continue my training in Ba Gua Zhang with Bok Nam Park and Wilson Pitts in 1996. I have since studied 4 styles of Ba Gua Zhang, Hsing I Chuan and continued training Tai Chi Chuan. I currently own and operate a martial arts training center. The training focuses on the practical application of the internal arts. I have 10 years of Law Enforcement experience to apply to the practical use. I have also been certified as a personal trainer, nutrition consultant and a specialist in martial arts conditioning.

Some of my career highlights include, fighting in the Sabaki Challenge in 1990, which is a full contact bare knuckle tournament. Training at the Shaolin Temple in China 1995. In 2001 was the Taste of China, Ba Gua Zhang Champion. The Taste of China was the premiere internal arts tournament on the east coast. Most recently, I received my Doctor of Philosophy in Martial Arts degree and was promoted to 7th degree Black Sash.

I believe the art should fit the student and not the other way around. So when I teach, I find out what the students goals are, then we find the best training method for them to reach those goals. I believe my job as a martial arts teacher is to help the student find what works for them, so much of my training is designed to help the student do just that. I start lessons with a warm up based on what we will be covering that day. From there basic foundational technique will be gone over. Then new material will be covered. New material will be provided based on the students needs and goals.

Michael M. has not uploaded any photos yet

There are currently no reviews or testimonials for Michael M.