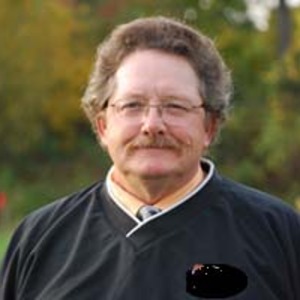 A good package for a group of players who want to train together and get a discounted price for the group activity.

A good package for a group of players who want to train together and get a discounted price for the group activity.

Small sided group sessions that can focus on line play, tactical structure. For a group of 5 to 6 athletes.

Small sided group sessions that can focus on line play, tactical structure. For a group of 5 to 6 athletes.

Book Now
In-Person Training for up to 12 athletes

A single training session that can be specifically oriented to a single tactical objective, group technical focus or team conditioning.

A single training session that can be specifically oriented to a single tactical objective, group technical focus or team conditioning.

Twenty-seven years as high schools girls’ varsity head coach. A consistently successful record helping athletes achieve their full potential as players, students and generally preparing them through sports for the challenges they will face as adults. Have trained and developed 45 All-Conference, 15 All-State and 2 All-New England players.

I coach from a very Player-centric perspective. It's important to understand the player's cognitive ability as well as the player's overall technical competence. What does the player perceive? What solutions are possible? Which is best and can the player execute the technical demand with competence to be successful? We coaches focus too often just on what we are doing and how to do it, and not enough on what we could have done and why we make the choice we do. In my sessions, we will ask ourselves "why" quite often. We play the game first in our minds and then with our feet.

Typically, our first session will be an assessment of comfort with the ball. Working through a series of touches and movements allows me opportunity to gauge overall ability to work with the ball confidently at the feet. This helps establish a baseline that is used to measure progress over time.

Much of what happens from that point on, depends on the objectives the player sets. Private coaching requires a vision on the part of the player of what he or she is trying to achieve. It requires a commitment and dedication, and perhaps, most of all, a strong level of persistence to be successful. Sessions can address any aspect of ball control, dribbling, passing, finishing, first position defense and goalkeeping activities. There will always be a foundation of conditioning as well in the activities, always done with the ball.

Each session ends with a summary of the area of focus and how well we performed to that focus. There is generally some form of "homework" suggested to keep up the progress between sessions.

Marvin M. has not uploaded any photos yet

What I was most impressed with, after a ONE-hour session, Coach Miller was able to exactly pinpoint the playing style of my daughter. My daughter enjoyed the session, as the drills she did were ones that challenged her. I would recommend Coach Marvin without hesitation.

Excellent coach! He truly has a vested interest in helping others become better players. He listens to understand what you are trying to achieve then helps you get there.. He has helped my child improve vastly to a sought after athlete by many clubs.

Coach miller was Fantastic!! My daughter is 13 and has played in town leagues for the past 5 years and was not improving and started getting frustrated because she wanted to improve as the teams and leagues are getting more competitive. We decided to seek professional guidance and we are so happy that we found Coach Miller. In 3 lessons Coach did more than just show the technical aspects of the game but also taught her how to manage the mental part of the game and got her thinking better in real time games. The improvement we’ve see thus far has exceeded our expectation. Highly recommend and will gladly be a reference if needed
Thank you Coach and we will see you soon

Coach Marvin is very knowledgeable and he knows what it takes to make young soccer players better. Also, my is learning new drills and ball handling skills.

Coach Marvin did a fantastic job! He worked with me to prepare for my fall season as a college player. He listened to exactly what I wanted to work on, and developed interesting and unique sessions to challenge me, while stretching me in other directions at the same time. We had a great balance of new drills to keep things challenging and revisiting old ones to track progress. He also made sure to show me drills that I could do by myself, so that I could continue working outside our sessions. Couldn't recommend him more highly!

Coach Marvin was a very good coach, he saw where I was in my skill level and used drills suitable to me. He helped me learn how I can improve and showed me resources I can use to practice.

Coach Marvin is a great coach and awesome with kids.He's been working with my nine year old daughter teaching her the techniques and fundamentals of the goal keeping position.He took time explaining to her how the position is supposed to be played and how the drills apply to the game.In addition he helped her with her overall foot skills.My daughter has improved greatly under coach Marvin and I highly recommend him.

Coach Marvin worked with my two sons, ages 12 and 9, when they were returning to soccer after several years away. He figured out their levels of ability and personalities very quickly and worked with them effectively and was able to motivate them to improve. He also sent very perceptive and useful reports after each session. I was impressed and would definitely work with Coach Marvin again.

Coach Marvin did a great job identifying the specific areas to work on, and following up each week with a customized plan, meshing very nicely with our other training programs and goals.

Coach Marvin was excellent, He demonstrated clear understanding of my son's strengths and areas of concern and seemed quite knowledgeable on the most effective techniques of training. He gets 5 stars from me, and I highly recommend hum.

Coach Marvin is a great coach. He takes his coaching seriously but is not overbearing. We really like him as a person and his techniques in coaching. Highly recommended!

Coach Marvin was very complete and did drills with my son I have never seen before. 5 stars.

Coach Marvin is an excellent coach. My daughter has learned so much from him in a very short period of time. Her confidence and foot skills have improved tremendously. I would highly recommend Coach Marvin.

Coach Marvin was a great coach with my son. We just had our first session. He was patient, yet persistent with him. After the session my son said he loved soccer and wanted to go back. In addition, Coach Marvin sent us a very detailed routine to work on at home between sessions.

Coach Marvin has done wonders for my sons and the improvements made are substantial! With a wealth of experience, he has been able to work with the different personalities and abilities. I own a sports facility but have struggled to find personal soccer instructors. Thankfully, CoachUp found Coach Marvin!! We will continue work with him for years!!

Coach Marvin was great. Our son really enjoyed his sessions and his improvement is evidence !
Marvin is great at communicating and was quick to size up the skills that needed concentration...we are booking more sessions ! THANKS Marvin!

Coach Marvin was an excellent coach! He motivated me by giving me appropriate compliments while also providing the necessary constructive criticism. He provided diverse and fun drills for me to do at each session which really helped me get closer to reaching the goals I set for myself. Coach was always on time and was easy going and great to work with. I would highly recommend Coach M!

My daughter is having nice sessions with coach Miller . Highly recommended .

Marvin has been very helpful in showing me how to improve in the game of soccer. He teaches very helpful drills that definitely work to get my skill up. Anywhere from foundational skills to dribbling to passing and on, Marvin knows exercises that can help you out and he knows what he's talking about.