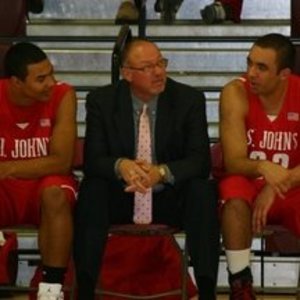 My primary focus is on an athlete’s personal weaknesses with secondary focus on improving their strengths.

I focus on the fundamentals of basketball with proper technique:
- offensive and defensive rebounding
- boxing out
- outlet passing
- dribbling with both hands
- setting and running off screens
- defense on and off the ball
- moving without the ball

My programs are customized for the needs of each player which will include the following points / guidelines:
- PART 1: Discuss drills from previous sessions
- PART 2: Warm-up with foul shooting
- PART 3: Drills and Techniques: shooting, passing, dribbling, offense and defensive drills specifically designed for each athlete
- PART 4: Assign practice program between sessions to improve game skills

If you need a great basketball coach for your son or daughter, I HIGHLY recommend coach Kenneth. I booked Coach Kenneth to train my son for 10 sessions as he needed to improve his skills. The first word from my son after the initial training was "Dad! This man knows what he's doing." But, my encounter with Coach Kenneth is more than what my son described. In addition to being a very knowledgeable basketball coach, he's disciplined, gracious, and very passionate about coaching. It is great to have a knowledgeable coach for your child, but it is even greater when you find someone who coaches with such a passion and a positive spirit.

Coach Ken is a great coach!
After the first lesson with my 9 yr old son i could see the difference. My son is a beginner and Coach Ken was very patient with him in the process, making it fun, but also pushing my son. Definitely will be training with him in the ongoing future.

After 5 sessions, my son is playing A lot better. His basketball team notices the difference! Besides teaching my son many skills, Coach Kenny is also warm and motivated. He cares that my son progresses and loves the game.

Coach Kenny was a pleasure to work with. My two boys learned a lot of important skills thru simple yet effective drills emphasizing core fundamentals. Coach was very prepared and very organized. I cant wait to have him work w the boys again

After just 1 session, I could already tell that Coach Kenneth is a great coach. Unlike other coaches, he focuses on the player's weakness and helps them get more defensive on the court. He also brought his Son with him to train me.This shows that not only Kenneth, but his Son are deeply in love with basketball. I recommend Coach Kenneth as your personal trainer. He will get you better.

My son loves working with him. He teaches and then explains why, it gives my son a whole new outlook on the game. Learning new skills and knowing where you need to be on the court makes my son a better player. Coach Ken teaches it all.

I am writing this as a letter recommendation for Ken Webster. I have been a varsity high school basketball coach for the last fifty three years. The last thirty six years have been at St John's High School in Shrewsbury Mass. Ken has been an assistant for the past sixteen years. During that time we won six District Championships, one State championship and were in the State Finals four times. Our record was 319 wins and 81 loses. Ken was a major reason for our success. He was an inspirational leader to the players and has an outstanding knowledge of the fundamentals of the game of basketball. Ken has the knack of breaking things down to help the players understand and learn. He was loved and respected by our players as a coach and as a man. Ken holds the single game scoring record at Shrewsbury High School with 45 points. He was also chosen as Assistant Coach of the Year in Massachusetts in 2016 by the Mass Basketball Coaches Association. Ken is one of the finest men I know and I am proud to give him my highest recommendation.

Ken Webster and I coached together for many years and it was under Ken’s guidance, expertise, and leadership that we achieved great success. Ken understands and teaches the technical aspects of basketball very well but most importantly he knows how to relate to athletes and inspires them to achieve. He also understands that basketball is a team game and knows how to teach the team aspect. The high school team where Ken was an assistant was always a state title contender and Ken was instrumental in driving those team’s successes.

I have known Ken for the past sixteen years as an educator, coach and friend. He has achieved my total respectin all of these areas, and my admiration as a human being. To list Ken’s credentials would only duplicate data previously received from other recommendations. I feel that my comments about Ken come from a more inate position as only a friend and colleague could accurately report. Ken is a perfectonist in the sense that he never becomes satisfied with himself or his position. He refuses to compromise his integrity or settle for mediocrity, and will constantly work to improve. His dealings with athletes, in both the hallway and the gymnasium, re*ect his ability to motivate young people through personal example. He is one of the most self-disciplined people I have ever met. Whether preparing for a basketball game or just interacting with young men, Ken exerts the same intensity which becomes infectious to those around him.To me, Ken’s greatest quality is loyalty. If Ken believes in a person, institution, or program, his commitment is unyielding. His refusal to participate in the cut-throat tactics of recognition has identified him as an unselfish yet competent individual who will achieve through production rather than through the detriment of another. My comments could not possibly portray Ken as accurately as he deserves. My recommendation is prejudiced by my knowledge of Ken as a friend and colleague developed over the years. I could not recommend a person with more con(dence than Ken Webster. His commitment to excellence and loyalty has consistently transcended any human weakness, and inspires those around him.

I fully recommend Coach Ken Webster as a coach. I believe a great coach is one who makes each kid on the team feel like they are a part of the team’s success, even if they do not see that much playing time. My junior year I was on the varsity team at Saint John’s High School where Coach Webster was a coach and I didn’t see much playing time at all. I maybe saw one or two minutes in a game usually coming in garbage time. Most players would get down on themselves and give up. The one thing that kept me going and working hard was Coach Webster. The best thing Coach Webster did for me was to believe in me. Coach pushed me to my limit every practice that winter because he knew that I had something to bring to the table for that team. That year was the most beneficial year for my basketball skills. Coach Webster taught me to use my abilities to help the team and my time will come. That year he taught me an important lesson. Coach taught me to love the blood, sweat and tears that come along with playing the game of basketball. Through my hard work and the belief I had in myself because of Coach Webster, I was named captain of the varsity team my senior year. I was never a knock down shooter, nor a kid who could dunk, but Coach found a way for me to use my abilities for the betterment of the team. I was a kid who gave one hundred and ten percent each and every play, and that is something I learned to do in practice, that is something I learned from Coach Webster. I went from a kid who played two minutes a game, if that, to a kid receiving college looks my senior year. That all starts in practice and without Coach pushing me to be the best player and teammate I could be that would not have happened. Coach saw that I had the drive within me to be a better player and he brought it out. I am not the only example of this. I would give anything to play for that man again. Most importantly while coaching me and pushing me to be the best I could, he made playing the game fun.

I played Varsity Basketball for Coach Ken Webster for 4 years at Saint John's High School, winning 3 district titles and 1 Division I State Championship. During my time working with Kenny he taught me what it meant to be both physically and mentally tough, while also helping me improve my basketball skills and fundamentals. I always loved and appreciated his straightforward and honest attitude. I sat next to Kenny whenever I came out of the game and he would always give me some quick insights to the game and words for encouragement before sending me back out there to compete. Coach Webster was a standout player himself and as a player it was great to learn from someone who not only talked the talk, but walked the walk. Kenny encouraged my teammates (8 played in college: 3 DI, 5 DIII) and I to get better every day and it was that attitude that drove my team to a state championship in 2009. However, the basketball aspect of Ken Webster's role in my life only tells half the story. We spent time doing community service and discussing college/ life plans together. He was an outstanding role model/ mentor for me in the formative years of my life and today I am happy to call him a friend. I would recommend Coach Webster to anyone who is looking for a great coach on and off the court.