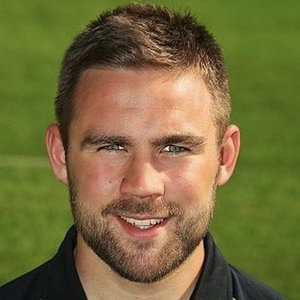 Whatever your peak, I'll help you reach it View all coaching experience

This starter pack includes 3 Sessions. 1) An initial consultation covering, medical history, injury screening and program design strategy setting. 2) Nothing is required from the athlete in this session. This is the coach... See More

This starter pack includes 3 Sessions. 1) An initial consultation covering, medical history, injury screening and program design strategy setting. 2) Nothing is required from the athlete in this session. This is the coaches planning and programming session. 3) The starter pack also includes the costs of your first training session at a discounted rate.

When I was on the receiving end of a career ending injury at the age of 20 I thought my whole world was collapsing. Just when I thought my involvement in sport was over, coaching filled the void. I started to coach whenever or wherever I could. At my rugby team, at the golf range, on the back of a boat with wakeboarders, in the ocean with surfers, I just couldn't get enough.

It wasn't until I got to university that I got involved in the sports performance industry. It was at University where I decided to harness my passion for coaching and combine it with the skillset of a strength and conditioning coach. I was motivated to blend these to skillsets as I believe that If I had a coach when I was younger and got my injury I probably could have saved my playing career. The main reason I deiced to pursue a career as a performance coach is to help athletes avoid the situation I was in.

At University I obtained both a bachelors and masters degree in sport and exercise science. I am also a certified S&C coach through the NSCA and UKSCA

Since leaving University I have been fortunate enough to work in some of the best high-performance environments in the world.

- Southampton Football Club (UK) - Professional Soccer Team in the Premier Leauge
Here I worked as an athletic performance coach and oversaw the physical development of the academy players at the academy. Southampton's academy is often credited as being one of the best in the world, producing players such as the Walcott, luke shaw and Gareth Bale.

- Harvard Athletic Department (USA) - Strength and Conditioning
Harvard Boasts the largest NCAA D1 Progam in the nation, and the strength and conditioning department sees up to 52 sports come through the doors to train in any week. During my time here I was able to work with Olympians, all-Americans and future NFL and NHL athletes

- Worcester Warriors Rugby (UK) - Professional Rugby Team in the Premiership
My coaching journey bought me back to the very sport I played myself. I was able to take my experiences of playing the sport at the elite level and help my athlete from a unique perspective. Whilst at Worcester I oversaw the Youth physical development program managing athletes from the age of 13 through to 22 and obtaining professional contracts. A personal highlight would be seeing a group of players come into the program at 15 and helping them develop and obtain pro contracts at 18, 2 of which have gone on to play for their national team,

From a young age, I loved being involved in a competition. It didn't matter what sport it was, I wanted to be involved and win. As soon as I got to ... age I needed to commit to a sport that could match my appetite for competition. For me that sport was rugby.

I was fortunate to play at a high standard throughout my youth, frequently playing for and representing the county and regional teams. I was captain of my school team through my whole time there, being given commendations upon graduating.

Upon turning 18 I was selected to play for a semi-professional team, which then resulted in being asked to join a professional academy.

Also during this time, I was chosen to play for my country for the England colleges team. Playing for the national team at the collegiate level is one of my proudest achievements and is something that I will never forget.

Each Session will vary depending on what we are training for.

Every person will get an initial consult to establish training history, as well as to set short, medium and long-term goals.

Aside from that each and every training session/plan/program will be bespoke to fit the needs of the individual.

very professional approach... work out customized to my son's goals....

5 sessions in 4 weeks and I'm starting to get PRs again! Really excited about the progress. Thanks, coach!

James and I met once for a training session. After I purchased a 5-pack of training sessions, he stopped communicating via email and messenger. It is very disappointing and unprofessional for a coach to ignore a client with absolutely no explanation. I have no idea what happened, and recommend you look elsewhere for a coach who is more transparent, communicative, and respectful.

'Toughness is forged not born. James helped me realise that through his constant support and guidance during my lengthy rehabilitation process. He kept me engaged and motivated to push myself beyond what I thought possible; whilst still having some fun along the way. The energy James brings to any session is a credit to him as a coach'

Prior to the Junior World Cup James worked closely with me to ensure I was physically ready to compete after injury. James pushed me each session to achieve what he knew I was capable of and his work ethic drove me to work harder for myself

James is a young and enthusiastic coach, and his positive can-do attitude is essential for any training environment. James is always professional and ensures that his players are getting the highest level of resource delivered to the best of his ability