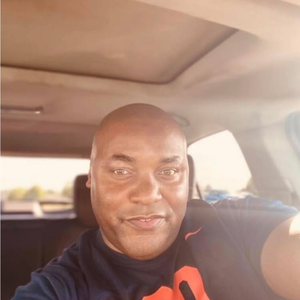 I have 23 years of coaching experience. 10 at the Collegiate level and 10 at the Scholastic level and 4 with strictly Player Development. In addition, I have spent the last 5 years strictly as a player development coach having obtained the prestigious Impact Basketball Player Development Certification. This certification was created by world renowned Player Development coach Joe Abnussar who trains many of todays' NBA players. Annually, I attend Coaching Clinics to hone my coaching skills to keep up with the changing landscape of how basketball players are developed on and off the court which ensures an unmatched level of success in the industry.
Basketball Coaching Objective: Basketball Coach/Life Skills Developer
Player Development Coach
Academic and Athletic Sports Consulting 2015-Current
Aurora, Colorado (www.aascplaynow.com)
Use of the world renowned Impact Basketball System of Joe Abnussar for Player Development of Collegiate & Scholastic players.
o Develop Collegiate Players with aspirations of playing abroad
o Film break down to study bio-mechanics to improve Athletic Performance
o Scouting potential clients who have aspirations of playing Collegiate Basketball
o Implement Strength and Conditioning programs to enhance Athletic Performance

Having played on the Scholastic level at Peoria Manual High School under legendary Hall of Fame Coach Dick Van Scyock who holds the records for all time wins in Illinois High School history.
Later, I starred at Illinois Central College where I was 3rd team All America, All Region 24, All Conference and Conference MVP (25 PPG, 6RPG): 14 Division-1 Offers while @ Illinois Central College.
Lettered at NCAA-D-2 power Metro State. Varsity Letterman, All Tournament team (Christmas Holiday Tourney), All time FG% (current) leader.
Participated in the NBA Denver Nuggets Rookie and Free Camp directly after Collegiate career (Invite only).
Played abroad & in what was then the NBA minor league (G-league currently) for the (CBA-Yakima Sun Kings-Veteran's Camp).

Clients ( must be 12 & older) will get game type Player Development which lasts an hour. I focus on adequate footwork, correct form shooting and player position specific development using game scenarios. We will target 4 areas: Offense, Defense, Scoring and Dribbling with a purpose and the correct way to catch the basketball to maximize your offensive options during our session. There will also be an adequate warm-up with the speed rope to improve foot speed & coordination.

He emphasized the importance of basketball fundamentals in addition to everyday practical life skills.

We highly recommend him!

James is very knowledgeable - my daughter learned a lot in just one session. We will definitely book w/ James again.

We attended our first session with James this past week and I came away very impressed with James' approach and his demeanor. We have been to our fair share of skills development trainers, but James was the first one that really honed in on footwork, taking proper angles to the ball, and small technical nuances. In addition, he kept my son and I appraised at all times as to what he was doing and why for each exercise. I look forward to having my son work with James in the future and would recommend him to anyone looking for a trainer that is invested in the development of your child and extremely knowledgeable as to the game itself.

Coach James was awesome! After just one session my son learned a ton... we will definitely schedule more sessions with Coach James. I would recommend him to anyone.

Coach James, should be called King James! Excellent mentor with exceptional basketball skills and knowledge for the game, my boy learned about footwork and shooting skills, what a improvement on his first lesson. Will definitely sign up for more sessions.

Coach James has been working with my son now for two months. He is a Freshman in High School and never even touched a Basketball until he signed up for the team last fall. He secured his spot on the bench all season yet ended with a love for the game and a determination to improve. Weekly sessions with Coach James is having a profound impact on my son. He is learning fundamental basketball and will likely be a starter on the JV team his Sophomore year. Coach James is on time to the sessions and always brings a BIG smile and a GREAT attitude. His positive influence on my son as a young man is more important than the lessons. If you are considering hiring a private coach for your son or daughter, Coach James in your man!

I’ve had 5 sessions so far with coach james, and each time I get better and plan on coming back for more. He does a great job pushing your comfort zones to improve your game in areas you didn’t even know needed improvement.

Great session with James! Very personable, and his knowledge of the game are obvious. Olivia thoroughly enjoyed the session and feels that James can certainly help her grow. Can’t wait for June when we can work more closely!!

Great coach, he really focuses on your weaknesses and helps you make them a strength of yours. I have booked him more then once now and will continue to book him.

I had the pleasure of working with James Shettleworth for 5 years. He was consistently professional and always had students best interest in mind. He was an excellent Academic Advisor, going the extra mile to make sure the students got what they needed to be successful.

I’ve known James Shettleworth for close to 30 years having watched him play at perennial power house Peoria Manual High School, all the way through College, and his stint playing in the minor leagues and abroad. I would feel more than comfortable entrusting my child under his guidance. He brings a high level for personal and professional ethics which produces quality citizens of society. A class act in all aspects.

I had the chance to observe James Shettleworth in a leadership role as a Head Coach. The one caveat that stood out to me was how fundamentally sound his players were. A student of the game, he prepares student athletes for life well after their playing careers have concluded. I can rest assured when he sends me a player, they will be prepared for rigors of being a Collegiate Athlete on and off the court.

Coach Shettleworth served as an Assistant Coach to me for 6 years. During that time we won two 5A State Basketball Championships. He was instrumental during that time overseeing the Player Development and Strength and Conditioning aspects of our program. We amassed a 124-11 record during that time as he was a catalyst in the placement of players to the next level.

Going through Player Development that me and Coach Shettleworth did made the transition from High School and AAU to College Basketball a much easier process. Working on game moves and situations gave me more confidence in practices and games when I was competing against older College players. His player development program definitely prepared me for playing at the Collegiate level. I highly recommend Coach Shettleworth for anyone looking to take their game to the next level. ​

I would like to provide great feedback on James Shettleworth in his excellent Basketball and Academic coaching for my son Kamrin Vincel. This year he is up 8 points per game from last year, and currently averages 25 points and 12 rebounds. Kamrin is one of the top rated players in the state of Colorado (5A states largest division) at the moment (c/o 2018). James demonstrates excellent work ethic and coaching on both Basketball and Academic advising!

Thank you Coach James for all you have done. We really appreciate your expertise in which Miles has benefited tremendously.

Training with James has helped my son Joe improve not only athletically, but mentally as well." Erika Matich