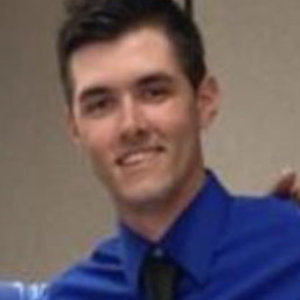 CoachUp's #1 Hurdle Coach. Let’s make you a better hurdler! Whether you’re working on 3-stepping, tuning up for the state meet or college, or just want to improve your form. View all coaching experience

Coach Gerish is entering his second year as head coach at Peak to Peak. In addition to head coaching duties, Gerish oversees the sprints, hurdles, and relays programs. Prior to joining the Pumas, Gerish served as an assistant coach (sprints, hurdles, relays) for seven seasons at the all-boys Detroit Catholic Central High School (MI). At DCC, Gerish mentored league and regional champions in multiple events, and oversaw eight of the top ten times in school history (est. 1928) in both the 110m and 300m hurdles. Among these was 300m hurdles school record (38.42) holder Gavin Check (’20), who will return in the spring as a senior.

Before his seven-year stint with DCC, Gerish worked with the sprinters, hurdlers, and relays at Northville High School (MI), his alma mater. Among his accomplishments with the Mustangs was the men’s 4x200m relay school record (1:30.1) in 2010, as well as the development of Ali Arastu (’10), who set the school record in both the 110m and 300m hurdles, at 13.95 and 36.98, respectively, en route to a D1 Michigan state and Midwest championship and two state runner-up finishes. Qualifying for the U.S. Olympic Trials, and being selected to represent USA at the NACAC U-23 Championships, Arastu was named a two-time team captain at the University of Michigan, where he was a four-time All-American and the school record holder in the indoor 400m dash (46.53).

In his first year at Peak to Peak, Coach Gerish grew the team participation by 30% through in-school recruiting, and engineered the women’s 4x200m relay school record (1:49.02). Gerish lives in Broomfield with his wife and corgi. He holds a bachelor’s degree in education from Eastern Michigan University (’18), and briefly attended Winthrop University, where he was All-Conference (Big South) in the 60m hurdles in 2009. He enjoys cooking and hiking, and plays several musical instruments.

Competed at (D1) Winthrop University (2009)
All-Conference as a freshman in 60h.
Retired from competition in 2010 (medical).

My individual sessions focus on the specific needs of the athlete. We will predetermine what we are focusing on ahead of time, and I will tailor the workouts and drills accordingly. My demeanor is very relaxed, and I pride myself in my ability to communicate my expectations to my athletes in an effective way. I often get visible improvements out of my athletes in the first session, and I look forward to working together to make you faster.

We hired Coach Evan to work with our teenage son on the techniques of hurdling. He took the time to break all points down so they were easy to comprehend.
Evan also took the time to attend my son’s track meet to asses how he performed and provided feedback on the good changes and what he would work on moving forward.
My son has enjoyed working with Evan and we will continue to use his services.

I'm proud to say I was able to train and be coached by Evan. When I was just learning how to hurdle, he was able to recognize my mistakes and give me the proper coaching and guidance to fix it. When I was at my best, he was still able to find ways I could improve and be a better hurdler. He pushed me both physically and mentally to be the best that I could every time I stepped on the track.

From the moment I met Coach Gerish, my life was changed for the better. I had never had a person care for both my growth in a sport as well as my personal life. Whether it was him selflessly taking time out of his day to train with me in the offseason, or checking up with me to make sure everything in my life was ok, I can say that Coach Gerish brings a passion to not only the sport, but to his athletes. He is wise beyond his years, and anyone who works with him will be inspired to achieve what they never thought was possible.

My son, Gavin, is an All-State hurdler and broke a 33 year-old record at Detroit Catholic Central and couldn't have done it without Coach Gerish. Coach Gerish is a humble, hardworking, compassionate leader who has skills along with a lot of knowledge, wisdom, and experience in the sport of track and field. He is an extremely valuable asset to have, and model to be, for our youth. One of the best things about Coach Gerish, though, is his heart and his love and respect for ALL people. We miss him dearly and will always be grateful for our time with him and training under him.

I wish coach had gotten here sooner, because I dropped 5 seconds in my 300 this year, and got down to 16 in the 110s, but I felt like I definitely could have gone faster with more time. He's going to really change the track culture at Peak.