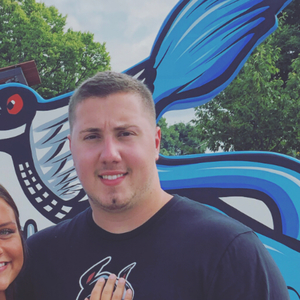 Professional and experienced D1 goalie coach, dedicated to helping athletes hone their skills as a goalie, giving them the resources and knowledge needed to play at the next level. View all coaching experience

I’ve coached athletes from youth to high school, coaching goalies at both the JV and Varsity level at Franklin High School. I’ve conducted Goalie clinics for Franklin Youth Lacrosse as well as being asked to help assist now head coach of the MLL Boston Cannons, Sean Quirk at his Peak Goalie clinic in Springfield, MA. I’ve done 1 on 1 private sessions for youth and high school athletes, working with high school athletes and college coaches to help place student athletes in college programs whether it’s club or even Division 1.

I played goalie for the Franklin High School varsity program which is a Division 1 school from 2011-2015, competing against the top teams in New England. In my senior year I was named Hockomock league all star, Hockomock MVP, as well as named to the second team Massachusetts All American. I was recruited by Umass Lowell (D1) and Boston University (D1) and Utica College (D3) then played a season at Boston University.

All goalies no matter what skill level will start with a stretch and dynamic warm up. We will work without the stick first to assess and maintain hand eye coordination skills then proceed into warm up shots to see how the goalie feels in the crease how he/ she looks and if they’re using any skills talked about in the prior session. Depending on where the goalie is at skill wise, I could be teaching basics: how to hold the stick, how to move in the crease or how to pass. And for more skilled goalies, coaching could include how to direct a defense, initiating a clear, cutting down angles, outside of the crease play, tough angle shots, moving post to post. Each session is tailored to the age and skill level of the goalie.

The first session with Coach Derek was very productive with my goalie daughter. He analyzed her level of play and focused on strengths and areas to improve. He made some subtle but really impactful changes during the session that left her more confident and excited to utilize in practice/games.

Coach Derek is a wealth of lacrosse knowledge and is very easy to approach for both the athlete and parent. We are definitely scheduling additional sessions as we tune up for her fall ball and then spring HS season.

Coach Derek has been great to work with in general. He’s been extremely accommodating with scheduling time. As for the sessions themselves I can’t say enough positive things about our experience. He has been extremely patient and is willing to answer questions from both the player and parent.

The best thing I could say is that I expected to get positional coaching for my child to make up for the lack of coaching from our club. However, what I didn’t expect was that Derek would teach my child about the position. All of our past private lessons (not via CoachUp) have been about where to stand, move in the crease, or how to stop or catch the ball.

Derek does cover those things -- but he takes it a step further and teaches how to be part of the team, how to read the defense, how to communicate, how to attack, and not only to be a goalie, but to be a player on the field. That the position goes beyond standing between the pipes. That being a goalie is not always about being a “body in goal” but being a player on the field and using your perspective on the field as an advantage to your team. This has been fundamental and a perspective that my child has never been taught in the 2 years she’s been playing.

I’d like to add one more thing - He knows the rule of girl’s lacrosse and how it’s different from boys. His lessons include how to work and play within the rules and framework of girl’s lacrosse. As a parent of a girl goalie don’t think that you won’t get the correct coaching or that you’ll receive better coaching from a female goalie because Derek has never played girls lacrosse. He knows the game and even more than that is he knows the position.

Coach Derek and I worked along side each other at Franklin High School helping the schools goalies develop into confident goalies in the crease. Derek is patient and professional and does a great job at boosting goalies confidence and makes sure each athlete is performing at their highest level. He has helped many goalie pursue college ball dreams and will continue to do so for your athlete as well.