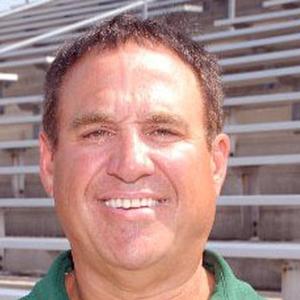 I'm an enthusiastic, highly organized, very experienced instructor and motivator. I obtain significant results from student-athletes in both the classroom and athletic endeavors, as a leader with a track record of “turning-around” programs along with improving already successful organizations. I have been a teacher for 30 years with recognized accomplishments, and for 19 years, have been a High School Head Football Coach with numerous recognized accomplishments. In addition I have 9 years of experience as a High School Assistant Football Coach. I was also a successful Head Varsity Wrestling Coach and Head Varsity Baseball Coach in Division I (large school) programs,and served for 8 years as a high school level Athletic Director.

I'm currently a Linebacker coach at a leading Division I high school in Scottsdale, AZ. I was previously a highly successful offensive coordinator at a top Division 6A (largest schools) program in Minnesota. I have designed and implemented an offensive program, playbook, and taught coaches and players using technology and film analysis. Our offense averaged 21.8 points per game in 2011. Previously, I was a head coach at DI High Schools in Ohio, amassing an overall record of 129 - 70 with various programs from 1990 - 2009.

Throughout all of this time, I have coached offensive and defensive players on all aspects of the game of football, including extensive experience coaching at camps and in skills clinics. I have also designed conditioning programs for players to increase speed, agility, explosiveness, and endurance (I have held certifications as a strength and conditioning coach). I've called plays during games and done extensive film analysis. I have also crafted and directed character building and leadership programs for players.

I was inducted in my college's athletic hall of fame, and won the Athlete of the Year Award there for the 1980-1981 year. I started for 3 years, and won 3 letters. I was the team MVP and Captain in football in 1980, and a two time captain of the wrestling team.

There are currently no reviews or testimonials for David S.