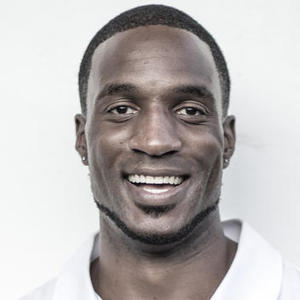 I have worked with over 2000+ students and athletes from around the world. I have worked in Europe, Asia across the United States and Africa. As a former Division I 4-Time All- American Athlete, from the University of Oregon, as well as a recently retired professional track and field athlete, I have used my experience and extensive education to help athletes improve their athletic performance across all disciplines. In addition to athletic performance, I have used my NCAA recruiting experience to help students and families navigate the college recruiting process.

My approach to improving athletic and mental performance is from a consultative role. By the end of each session, each athlete will understand and be able to identify movements and tasks limiting their ideal game day performance.

I first evaluate athletes through real-time sports based movements, slow motion technology and inquiry to get an understanding of the athlete's baseline.

Starting the summer before his first year at my school, Coach AK was deeply invested in my improvement in track; we still keep in touch even after I have started college. Not only did he motivate me to do my best each day (on and off the track) and help me transition from high school to college athletics, but he simultaneously played the roles of a close mentor and friend. I would strongly recommend him for sports improvement and college recruiting.

Coach AK transformed the way I approached athletics, and in particular, my track and field career. He pushed me each and every day to make strength and technique my top priority. He understood the physiological components that went into high performance athletics, and thus was able to tailor my training regiment specifically towards my weaknesses–those components that I could potentially further develop. As a coach, AK tells it to you straight. He sets targets and expectations, making it very clear to you where he wants you to be. He shows you how to get there. And if you follow his advice, you will get there. His no sugar-coating style of coaching is what makes his program so effective.

I approached Coach AK halfway through my first semester in college with aspirations to join my college Track and Field team. I hadn’t raced competitively in almost 6 months and was honestly not in any good running shape. Coach AK was more than just professional, he was sympathetic to my pace, injuries, and academic pressures. He conducted most of the training over skype video chats, phone calls, and emails providing an entire database of skills and workouts developed for my regimen, specifically. In fact, I didn’t meet Coach AK face to face until about one month into training. A year later, I am competing at a D1 level and am a competitive member. Many of Coach AK’s workouts were very similar to the training my college coach has us doing now. Even in the first few weeks after I had walked on, I felt just as conditioned as the rest of the team and was able to keep up in the majority of workouts. I owe this collegiate running opportunity to Coach AK! Thanks so much!

I look up to Coach AK; he has always represented the eminence that I want to achieve in my athletics. His biomechanical, nutritional and psychological knowledge, augmented with his natural coaching ability, make him a powerful agent for athletic improvement. From practice-time pointers, to personal chiropractic recommendations, to lengthy late-night phone calls, Coach AK continues to impress me with his dedication.

Coach AK helped me bring my athletic performance to an entirely new level when he became my coach junior year of high school. He believed that I had the talent to compete at a division 1 level and exposed to the kinds of commitments and sacrifices that would allow me to get there. The college coaches recruiting me trusted Coach AK’s opinion, and his support throughout the recruiting process is one of the main reasons I ended up at my top choice school. Coach AK is confident, down to earth, and very knowledgeable, and I always trusted that if I dedicated myself my training that he would go above and beyond to help me achieve my goals.