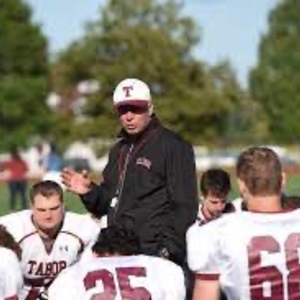 Looking to create a solid foundation or trying to get to the next level? I can help you achieve your goals. View all coaching experience

An experienced quarterback coach with over thirty years in the business, I have coached at every level from high school to the the ACC with stops at Dartmouth College, Lehigh University, and Georgia Tech. During my career, I have worked with six quarterbacks that have gone on to sign professional contracts.

I played quarterback at Dartmouth College and graduated in 1989 before getting into college coaching. Prior to Dartmouth I was a three sport captain in Football, Basketball, and Baseball at Brooks School in North Andover, MA and later was selected to the Athletic Hall of Fame.

Group and individual training sessions focus on the physical, mental and emotional aspect of the Quarterback position. I implement innovative drills that transfer directly to game play. All drills will test your ability to execute and challenge you mentally as well as physically.

While playing for him at Dartmouth, Coach Rorke helped me improve in all aspects of my game, and was a great coach to work with. His guidance allowed me to make major strides in all areas of playing quarterback given he is extremely knowledgeable when it comes to improving fundamentals, learning new techniques, and reading defenses. I entered college with a long way to go both as a quarterback and leader, and Coach Rorke pushed me to significantly improve in both areas. I am extremely grateful for our extensive work together and would recommend him highly to others.

Coach Rorke is a great QB coach. He is straightforward and will not waste words. Listen intently and do as he says. He brings a ton of experience to the table that should be valued greatly. If you buy in, you will improve!

When I first got to college, I had very little understanding of the mental aspects of the quarterback position and what was necessary to succeed at the next level. Not only did Coach Rorke refine my physical skills over my four years, but he put such an emphasis on the mental parts of the game. His coaching and mentorship allowed me to put myself and our offense in a position to succeed before the ball was even snapped. I highly recommend working with Coach Rorke!