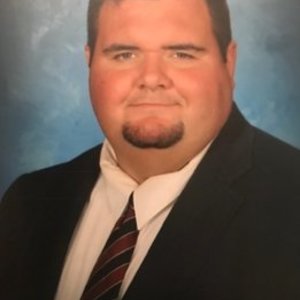 I am a 16yr veteran of coaching, currently I am an associate Head Coach & Defensive Coordinator on the high school level. View all coaching experience

I have been coaching for 13 years. My first 2 seasons where spent as a 7th and 8th grade coach, the following 11 have all been at the high school level. I have been an associate head coach, offensive coordinator, defensive coordinator, offensive line coach and have also coached all positions on defense. I have coached at the div 6, div 4, and div 3 level of football in the Cleveland,OH area. I have had the honor of coaching over 20 all state defensive players and numerous players who went on to play in college. On top of this I have a history of running youth camps for players in grades K-8. I do hold numerous certifications, they include. CPR, First aid, NFHS fundamentals of coaching, NFHS Concussion, and OHSAA pupil activity permit, Heads up tackling and USA football shoulder tackling system.

In High School i was a member of 3 state championship appearances. 2 Ohio State championship titles. All 4 years of high school we where in the playoffs and in my senior year I was the captain of the team. I played with and against many division 1 athletes, a few of which are continuing their careers in the NFL currently. I had the opportunity to play college football but chose to get right into coaching instead. This decision came from my desire to want to be a coach which long preceded my becoming one.

Sessions would be custom tailored to the techniques the athlete wants to get better at. All sessions would involve perfecting the small details that go into executing techniques. For example: If a defensive lineman wants to become a more effective or dominant pass rusher, we would start by building the proper stance, move on the the proper take off step and continue to build the techniques from there. Every athlete is different, some things that work for one player may not work for another, or what one athlete can do does not mean another can. So techniques, drills and teaching progressions would be tailored to fit each individual I am working with.

his very professional and knowledgeable training shows that he really cares and knows what he's doing . he also explains his methods in a way that anyone with any level of experience can understand. he is well beyond his years of knowledge of the game. when I first started training with him I was a 25-year-old freshman in college in the process of becoming a walk-on (even though I had much to learn about the game of football ) he still took the time to explain his reasoning behind what he does why he does it. for anyone with any level of experience in football, this is one coach I would definitely and strongly recommend

It is rare to see such a brilliant football coaching mind at such a young age. In my 11 years as a strength and conditioning coach, I have had the honor of serving under several head coaches that have won (Coach of the Year) honors. The most notable coach was Marvin Lewis of the Cincinnati Bengals. Serving as a Strength and Conditioning Assistant for three years (2005-07) on the Bengals coaching staff, I have sat under great coaching minds, and I put coach Kennedy up there with the best of them.

I worked with Brian in varsity football program at Ledgemont High School. Brian's knowledge of football is tremendous and belies his age. Brian's ability to accurately evaluate our players' techniques, and affectively and measurably correct or improve them, was a great asset to the team. Brian, dealt well with student athletes, parents and school administration in the highly politically charged high school football environment. Brian's commitment to his job is excellent and was only surpassed by his passion for the game, which was openly conveyed, genuine and infectious among all involved in our program.