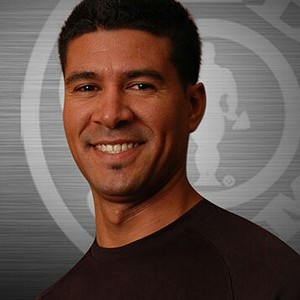 I have more than 15 years with experience working with young athletes. I'm an assistant coach in a high school. I am particularly best at throws, long jump, and sprints. View all coaching experience

I have more than 15 years experience working with youngs athetes, assistant coach in high school, my best event to teach are the throws, long jump, and sprints. Track and field athlete for 12 years, 2 year in the national junior team, 17 medals in discus, shot put throw, 4/100 and 4/400 relay.
•For two years I first served as the Technical Chief for the Commission of Track and field for my province and later was promoted to Investigation Chief.
•Bilingual (English and Spanish).
•In all these years of coaching high school my best experiences are-
*Winning CIF w/ one of my student w/ discus and shot put.
*Them getting gold, silver, and bronze medals in different competition.
*Becoming part of the Miramonte League.
*Getting my students in the top 3 in shot up and discus events.

I like to work with athletes that have a sport passion, that like to train hard and get better and better to accomplish their goals. I will help them reach their goals with my experience and knowledge. I like coaching this sport because it bring me energy and that energy i give to my athletes. I can help every single athletes to become a winner with dedication and hard work.

The session is going to be one hour working. In the beginning we'll be working on conditioning and phisical capacity. After that we will focus in the event, going step by step to learn how to do the event depending on the event we'll need to work harder with dedication for the new athletes.

My son needed a 3 day review to get him on target for throwing correctly (shot put/discus) we spent his spring break to learn from Coach Asniel and then practiced during the rest of the week with what he was taught. My son went from throwing discus 73 feet to 107 feet, just by learning the proper way to throw. Thank You Coach Asniel

Coach Asniel really helped my son improve his form and up his game. I highly recommend him!

Asniel Triana has been my co-coach for the past two track & field seasons here at Edgewood High School, and over these past three years, I have had the pleasure to see him begin the throwing program here at EHS and also to watch it flourish. As being the primary coach of the Edgewood High School track & field teams (boys and girls) for the past three seasons, it has been a huge plus for myself, and more so our student-athletes, to receive the knowledge Asniel has added to our programs. Being a student-athlete at the highest level from his high school days and college career in his native country of Cuba, Asniel has given our student-athletes a level of training that they had not previously experienced before. His expertise not only in the physiological aspect of training for the events of shot put, discus and the jumps, but also his expertise in the mental aspect as well has given our throwers and jumpers the success they need to compete at the highest level in the CIF-SS Division 4 section. But, and more importantly in my eyes, Asniel has forged a positive bond with all of our student-athletes. Asniel is service-oriented and professional in how he conducts himself, and also has a welcoming demeanor that allows each of our student-athlete to approach him for help and knowledge, and to be very honest, all of our returning throwers and jumpers are eagerly awaiting his return so then can continue to learn and train from his coaching. I look forward to working with Asniel even further in this track & field season, as our boys and girls teams are currently competing for respective league titles on every level in the Miramonte League, which is a feat that we would not be in the position to achieve if it were not for the coaching of Asniel Triana.