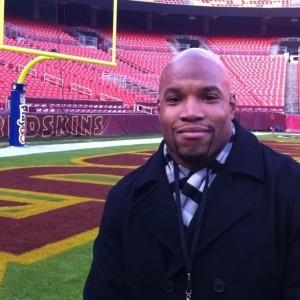 Former professional football player with experience in coaching and training at all levels. Achieve M.O.R.E. View all coaching experience

I have recently retired from the Canadian Football League (CFL) after 9 years of professional football. My experience and expertise in the game is widely known throughout the CFL. I am a 2 time Grey Cup Champion along with 3 time all star. I was offered coaching jobs from the Calgary Stampeders and the Toronto Argonaunts. I have recently turned them down to move back to the states to be closer to my son. I will always have a passion for this game. I know many coaches, GM's, and Scouts in the CFL as well as working in coordinates with my agent and off season trainer to build awareness for athletes. I have been involved with football since the age of 8 and have been involved in sports since the age of 4. I have participated in all sports from track, baseball, tennis, karate, and of course football.

I am very passionate about football and what it has brought to my life. With my training and coaching I want to help young athletes build the proper tools to be successful in football and post football life. I will prepare you mentally and physically to preform the best on and off the field.

With my training I start with the overall shape of your body. You must understand and know your limits. I train the athlete to have great balance and endurance. After that we will work on strengthen up the body to take on the physical contact of football. I also will get direct with positional training for the athlete. Whatever the athlete wants to play I can build a basis so they know that position.

Coach Anton is a great coach! Andrew was so thrilled and excited when he got home from his session!

Andrew couldn’t wait to get started on the new plan!!

Coach Anton is professional, knowledgeable and kind. Exactly what my son needs as a brand new football player!

I loved working with Coach Anton. He knows the game and how to pass it on. Patient and wise!

Thanks for the football training!! You helped me get a good sense of how football is played and taught me different roles played in different positions. You helped my feet placement as you explained positions playing offensive and defensively. You helped increase my sprint speed as you helped me loosen my muscles. I enjoyed training with you as you got involved and helped me through and kept pushing me. I loved how you made videos of me doing drills and then showed them to me telling me areas I needed practice in and needed to work on. Overall i enjoyed working with you and had a blast, also learnt a lot working with you. Thanks for everything!

Hello, my name is Noah Usherwood; I currently play linebacker for Wilfrid Laurier University in Ontario. In addition to football I have built a strong athletic resume, receiving awards in basketball, MMA, and track. The awards achieved are not completely self-owned, however. These awards can be attributed to a collection of amazing people that God has blessed me with. A large portion of my football success I owe to a great CFL Linebacker, and man, Anton McKenzie. I started to play football in the eighth grade at Saint Thomas More Collegiate in BC, but did not become a football player until late in my high school career. As my love for the sport grew in the 10th grade, so did my work ethic. I began taking football more seriously and this was the first year I dedicated myself to any kind of off-season training for athletes. The training enhanced my athleticism to the point where I was a recognized starter. Unfortunately, my improvement plateaued during the following season where I struggled riding the bench, only making the field on special teams and/or if someone were to go down due to injury. During the grade 11 off-season I had a strong love for football but doubted my ability to compete at the university level. By the end of that year I came in contact with two trainers who would then help me get in touch with Anton, who was the catalyst in my improvement as a linebacker. I regretted most days after training with him, many times feeling like he replaced my legs with noodles. However, with his training I became more technical in my positional mechanics. My movement became more fluid on the field with him coaching up my feet and hips. While working with Anton I asked waves of questions to pick his brain and apply it to my game. Once the season commenced it was noticeable that I had improved. Anton really slowed the game down for me; my reads were quicker which enabled me to make plays flying sideline to sideline. Statistically I had a ‘break-out’ year, putting up numbers on defense that were a huge improvement over past seasons. Following my grade 12 season I received an array of football awards, such as: All-Stars, All-Canadians and some MVP recognitions. With these achievements came the attention of recruiters, bringing my dreams of going to university and playing football closer to reality. The foundational coaching points I received from Anton also aided me in my post grad season at Peddie School in New Jersey where I was recognized as an all-star within our prep league. The improvement that came with working with Anton was astonishing. Any success I have seen has been the product of a lot of positive influences in my life, Anton is one that I will always remember and thank. I am hoping to work with him again before my 2016 sophomore season because I know that time with him is not time wasted.