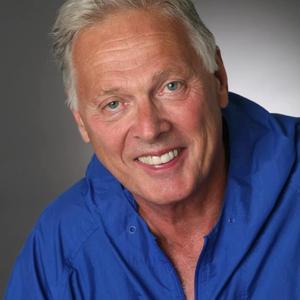 In-Person Training for up to 2 athletes

Per session up to 2 athletes.

Per session up to 2 athletes.

During the Covid19 situation I will be providing online sessions dealing with the issues that are of interest to the athlete.

During the Covid19 situation I will be providing online sessions dealing with the issues that are of interest to the athlete.

During the past 11 years, I have been coaching boys and girls high school sprinters. 52 times these sprinters have been included in the Massachusetts Divisional top 10. 27 of these times were in the top 3. In Divisional State Championship meets, these sprinters have finished First 14 times, Second 8 times and Third 6 times.These young athletes have finished in the top 5 at All State Championship meets 17 times. Relay teams have won Indoor and Outdoor Championships 41 times. These team performances include State and New England All Time records. Honors for these athletes include All State/All New England Champions, Gatorade High School Track Athlete Of The Year and All American status. Was named 2015 Massachusetts Assistant Coach Of The Year.
Recently I worked with a newbie to the sport. He qualified to compete in the Junior Olympics.

Won and set sprint records at State, New England High School and Prep School Championships. Was awarded a full track and field scholarship to Penn State. Was a member of that University's Penn Relays medal winning and school record setting sprint relay teams.
Was one of two high school sprinters invited to the National AAU Championships to compete against the best sprinters in the world.
Member of High School Athletic Hall Of Fame.
Named MSTCA 2015 Assistant Coach of the Year

First off, keep it simple and uncomplicated!
Upon getting an understanding of the athlete's age, performances, goals and additional necessary information, I usually start teaching my philosophy of sprinting that includes mental, physical, practical and most importantly, common sense approach for the individual. Having competed at a world class level and having studied physiology, especially how it relates to sprinting, along with my many experiences as a sprinter and a coach, I am highly qualified to coach the sprint events.
I teach in phases with special emphasis on technique, preparation for competition, in season and off season training, competitive training and the importance of rest and recovery during training. Of course there are other topics like health, nourishment and equipment that are covered.
On track training is available within 5 miles and telephone and on line sessions are available to an athlete anywhere.

After one session with Coach Andy I’m very excited I decided to reach out and and schedule a session with him. His years of experience in track shows and I can’t wait to continue working with him.

Coach Andy is working with our son who is a High School Freshman and in his first few weeks of track. He really knows how to coach each athlete in the way they need to be coached. His many years of experience are very apparent as soon as he begins his training. It is not a cookie-cutter approach as he is quickly able to observe and determine the athletes opportunities and "weak points" and improve on them in a way the teen athlete is able to understand. As a 17+ Year Strength and Conditioning Coach myself, I can highly recommend Coach Andy for your all Speed Needs!

Coach Wayne is the real deal. My son and I have worked with quite a few coaches, and Coach Wayne is the absolute best. My son has shown drastic improvements in sprints after his work with Coach Wayne. His 55m time has improved from 7.2 to a 6.84, his 100m time has gone from mid 11s to now pushing to enter the 10s, his 200m time dropped almost 2 full seconds and he is now competing in the state championship meets in every event he enters.

I have rarely seen a coach so invested in the kids and so willing and able to teach and instill them with confidence, all while getting the best out of them.

I had sprint training with Coach Wayne. His wealth of knowledge of sprinting and total understanding of the sprint athlete, "thoroughbreds" he calls them is something I had never experienced before.

Coach Wayne was my sprints coach throughout my four years at Hingham High School and his training made it possible for me to carry my running career over to a Division 1 College after I graduated. Through his coaching, I went from running on a JV relay team to winning a Massachusetts State Record in the 4x200. The first 55m sprint I ran in high school was 8.11 seconds. Coach Wayne dedicated countless hours to improving the seemingly minute factors of my race such as my start, my finish, the way I moved my arms etc. By my senior year, I had dropped over half a second making my personal record 7.53 seconds. Similarly with the 100m dash, his training components improved my time by a full second from 13.5 to 12.2. Coach Wayne is a joy to work with. He cares so deeply about his athletes. His experience, coaching ability and sincerely humble and kind character would make any athlete lucky to have him as a coach.

I have know Coach Wayne for about 10 years and give credit to him for my athletic and career achievements. Coach Wayne guided me to multiple undefeated seasons, National competitions, Championships, State recognition and ultimately the start of my collegiate career. He has coached many athletes to competing at the collegiate level including Arizona State, Yale, Harvard, Boston College and Boston University. Coach Wayne takes a personnel approach in caring for his athletes ensuring they are healthy, happy and as successful as they can be.