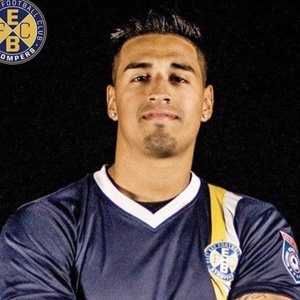 Victor Parra is a American/Colombian professional soccer player currently who is currently a free agent. He played professionally in Portugal for 2 seasons. View all coaching experience

I have coached all levels of youth soccer. From 6-25 year olds both male and female. Experience from beginner level to professional level. I have experience coaching teams as well with Palo Alto, Los Gatos, San Jose earthquakes and more.

Victor Parra is a American professional Soccer Player currently as a free agent.

Victor is a former NCAA Division 1 college soccer player. He attended and played at San Jose State University on a full athletic Scholarship. He was a double major and received his bachelors in Hospitality Tourism and Events Management, as well as international Business.

He was the Valedictorian of his graduating class and keynote speaker of the graduation for 2016 where he received his BS in Hospitality tourism and events management.

He was the first ever NCAA Division 1 student athlete to accomplish this and first ever in university departments 24 years. He made history for both NCAA and his university as well as being the first ever Latino American to be chosen as the Valedictorian in the schools history.

Upon college graduation Victor signed a professional contract in Europe for Minas De Argozelo in Portugal’s second division Liga Pro. He played there for 2 seasons. In 2019 he signed to play professionally in the Major Arena Soccer League (MASL) for California Turlock Express.

He also is a member of the United States Indoor Men’s National Soccer team. He made his debut in a International Friendly vs. Mexico played on September 14th, 2019 at Stockton Arena. Teammates included USA soccer legends Landon Donavan and Jermaine Jones. He has been a motivational guest speaker at many schools in both the east and west coast.

Victor is very passionate about mentoring the youth. He has many accomplishments and accolades both on and off the soccer field.

Graduated as Valedictorian of department and keynote speaker of the graduation. First ever NCAA Division 1 student athlete to accomplish this and first ever in departments 24 years. Made history for both NCAA and school.

-First ever Latino American to be chosen as Valedictorian in schools history.

2020: Started up Limitless goals. Provides different services such as elite soccer group and individual trainings. It is also a nonprofit at 100% no-cost with educational support through a sports(soccer) based program at certain low income middle schools

I run session based specifically on the clients needs. I work in all areas of the game which include shooting, passing, dribbling, and so on.

I will work on what the client needs and use my playing and coaching experience to give them the results they are looking for. I also love to make it a fun setting so you look forward to the next one.

Coach Victor is patient and knowledgeable and my son is getting so much out of these sessions! 10/10 would definitely recommend.

We just started with Victor and my son really likes the sessions very much! He likes how Victor pushes him and challenges him, but also makes it fun as well.