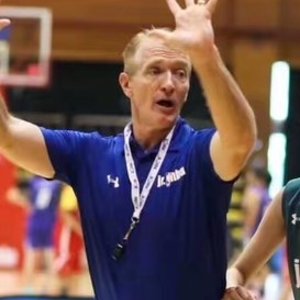 With 30 years of experience in at the Professional, College, and High School level I know how to help players improve, boost their confidence and increase court awareness. View all coaching experience

Coach Tom is a great coach and a great man. His basketball knowledge is superb and I would highly recommend his one on one sessions for anyone looking to improve their basketball skills.

Coach Tom has a lot of experience and knowledge and was quickly able to assess where my daughter was in her development and identify some key things for her to get better quickly.

Coach Kelsey has worked on me with my game and given me things to continue to work on that will translate in college. We work on my ball handling, making cuts, shooting release and all aspects of the game. When I am having a bad day shooting he continues to remind me of my abilities and keep me confident throughout the session which ultimately translates to me having a more confident shot in general.

My son thoroughly enjoyed his first session with Coach Tom. He went over ball handling, passing, correct footwork--all fundamentals that my son needs to continue to develop his game! Coach Tom was patient and encouraging! We are definitely scheduling more sessions with Coach Tom and look forward to seeing our son continue to grow and develop his skills.

My son had his first session with Coach Tom this week. What a great approach! Met every expectation we had and more. We immediately booked out for the rest of the summer. He taught my son more in an hour than I have in two years! I highly recommend him to anyone.

Tom Kelsey is a top shelf basketball coach and is an even better person. I've known Tom for nearly ten years. I've been amazed at his attitude, determination, and loyalty. He is a remarkable example for his players, in particular, and young people in general. Tom loves the game. His leadership will turn his team into winners on the court, and his player into winners after their playing career is over. He learned from one of the top basketball minds in the nation in Don Meyer. I can think of no higher praise than to say I'd send my son to play basketball for Tom Kelsey in a heartbeat.

It's hard to beat Coach Kelsey regarding teaching the game and getting the most out of his players. Innovative is an over-used term im coaching circles, but that''s what comes to my mind. As good as he is in basketball, he's even better at turning kids into young men and using the game to instill eternal values that will carry them through life, long after basketball has ended.

Coach Tom Kelsey is a great man. He's encouraging, he has a good reputation in the game, and a positive attitude. He's always trying to help someone become a better person.